Social media gets a bad rap, but this story is just perfect.
save article 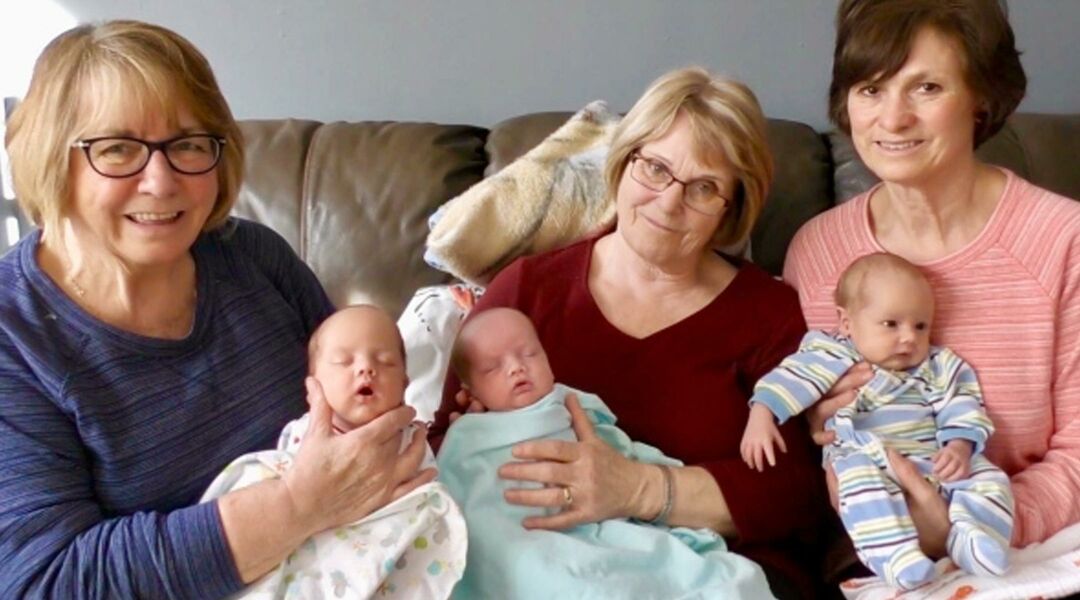 They say that raising a child “takes a village.” But raising triplets? Well that takes a whole army.

That’s something single mom Hayley Arsenault learned from experience. The 25-year-old recently gave birth to three beautiful newborn boys: Hogan, Rylan and Finn. And although Arsenault’s mom,Wendy, was able to take a few weeks off from work to help her daughter after she brought the boys home from the hospital, they both knew Arsenault was going to need some more help—especially once grandma went back to work. So Arsenault, who lives in Tignish on Prince Edward Island (PEI) in Canada, turned to Facebook to ask for help. To her surprise (and relief!) several Tignish residents, a town of about 800 people located on the western tip of PEI, answered her call.

Chief among those who volunteered to help with the triplets are three “grandmothers”: Jenny MacDougall, and her sisters Alice Mokler and Anita Arsenault (not related to Hayley). The three women now come to Arsenault’s house every Wednesday morning at 9 a.m. to feed and play with the babies while the exhausted mom gets some sleep.

“It takes a village to raise a child,” MacDougall tells Canada’s CBC News, “and we’re willing to help out."

The three women care for one baby each, which not only helps the boys get some individual time but also makes the caregiving more fun for the sisters.

“I was awfully glad we were three,” Arsenault tells CBC. “I don’t know if I’d be so excited to come one alone. Three is perfect.”

They wake the boys, feed them, burp them, change diapers (the triplets go through about 250 each week!), put them down for naps, and even help with chores like laundry. And they work hard to do it all at the same time—especially the feedings—since keeping the babies on the same schedule makes it easier for Hayley to manage when she’s alone with them.

“I don’t see this as a chore in any way,” MacDougall tells CBC. "For me, it’s a gift to come here. “We chat, we compare the babies. Love every minute of it.”

Other volunteers also sign up for shifts throughout the week. Hayley tells Babble that she started a week-by-week schedule, and when volunteers are leaving they’ll often mark themselves in for the following week as well. “I expected some response, but the feedback I received is mind-blowing,” she says.

Since the boys are so young, it’s sometimes hard for volunteers to tell them apart. While Finn is the smallest of the three and therefore easiest to distinguish, Hayley has started painting the boys’ toenails different colors to help all of their new friends identify who is who.

“To have strangers come in and actually make a connection with your babies is pretty amazing,” Hayley tells CBC. “They become people that you know and trust and that’s the big thing.”

“I love it,” she says. “I enjoy it. And I always said when I retired, the only thing I wanted to do was rock babies.”

And now she is. They all are.

How to Entertain Twin Toddlers?
Article saved.Go to My Saved Articles
Article removed.