That fierce so-in-love-it-hurts connection with baby isn’t just a mom thing. Dads can—and should—form equally powerful ties too. Here’s how to foster them. 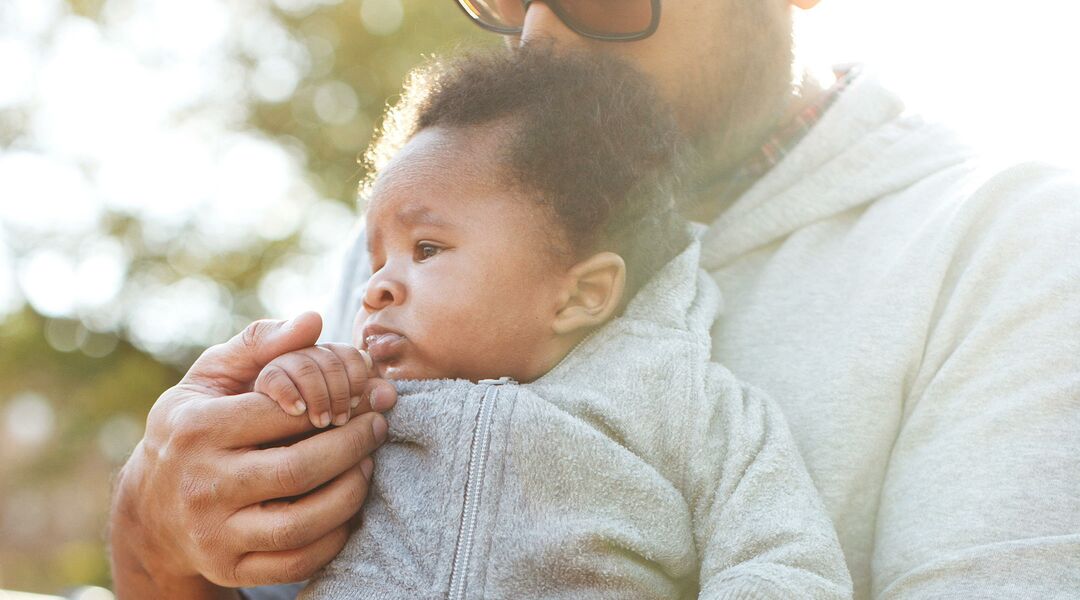 When it comes to baby bonding, mom typically has a clear advantage. The little creature has lived inside her body for many months, after all; and as Lauren Knickerbocker, child psychologist at the NYU Langone Child Study Center, points out, mother and baby have gone through “the mutual pain of birth.” Now as a newborn, he depends on her breast milk to survive, so there’s an undeniable biological drive to look to mom for comfort.

How can Dad compete? Well, first off, it’s not a competition. And second, Dad bonds with baby in different but equally important ways. Bonding with dad “sets the stage for a secure attachment relationship,” Knickerbocker says. Sure, depending on mom for love and support is a great thing, but more is more. “The best outcomes over a lifespan are when there is a secure warm bond with all of our close caregivers,” she says.

If the father isn’t feeling it quite yet, don’t panic. It’s not uncommon. “Dads may find themselves less than ‘over the moon’ when they bring home their newborns,” Knickerbocker says. In fact, many dads have felt that early fatherhood feels more like watching than participating.

And that’s totally okay. “There’s nothing wrong with these dads, and by all means,” Knickerbocker says, “dads should not feel that their early involvement is less important or less skilled. In fact, she says, “This frame of mind is kind of self-fulfilling.” Bonds take time to flourish (and, remember, Mom had a nine month head start!)—so be patient. The best way to grow closer to baby is to spend time with baby. We’ve rounded up some expert and real dad tips on how to do just that.

1. Spend skin-to-skin time.
Also known as “kangaroo time,” simply having baby nap on your chest can actually have a positive effect on your infant’s health and biological regulations, says Knickerbocker. Plainly put, Dads, your touch is nothing short of amazing: In fact, according to a 2007 Birth journal study on c-section-delivered newborns, the group that was placed immediately on Dad’s chest for skin-to-skin contact stopped crying, calmed down and was able to fall asleep faster than the group that was placed in a cot next to Dad. Even better news? If dads want to watch TV during skin-to-skin time, that’s cool, too, says Latham Thomas, a maternity lifestyle expert, birth coach, and founder of Mama Glow. (Just make sure not to cheer too loudly if you’re watching sports—it might startle baby.)

2. Have heart-to-hearts with baby.
We know he can’t talk back. But it stimulates his language development, Knickerbocker says. Sit down man-to-baby and discuss a book, or give him a narrative play-by-play as you’re carrying baby around the house. “When my son was a newborn, I’d routinely go down the list of people that love him,” Wahley C. says. “I’d tell him, ‘Mom and Dad love you, Grandpa loves you, Aunt Sarah loves you, Uncle Phil loves you and so on—we have a big extended family! I think it really calmed him and lulled him to sleep.”

3. Divide up baby-care responsibilities.
Dads shouldn’t be afraid to be proactive about it. When dads “communicate that they’re fine with handling baby and taking the initiative without having to be asked,” it’s a great thing, says Thomas. “Plus, it gives you more one-on-one time with baby.” Yes, mom has a way of doing things just so, but fathers shouldn’t feel that they need to mimic that. Mom might burp baby one way, but Dad might find that another way is more effective for him. “Across development, research has shown the differences in how children benefit from both mom and dad-led interactions,” says Knickerbocker. For instance, the rambunctious play typically associated with fathers benefits emotional regulation and social skills, she adds.

4. Incorporate baby into things you enjoy doing.
“Sharing experiences and finding alone time to bond are helpful even when infants cannot yet respond as interactively,” Knickerbocker says. Colin M., who studies trees as a hobby, would take his infant on walks in the park every weekend while Mom enjoyed some “me time”—it’s a ritual that continues on to this day, now that his child is 4. You can also set baby up in the pack ‘n’ play and have him watch you cook your favorite dish, or simply listen to music with him. (My husband used to sing Bruce Springsteen ballads to my belly when I was pregnant, and he continued to do so after baby was born. I could have sworn when he first did that, our infant looked at him with a spark of recognition in his eyes.)

5. Keep baby moving.
“Babies are used to movement because mom’s hips were always moving when they were still in the womb,” Thomas says. “They feel soothed by movement and grow to have fun with it as well.” Whether it’s a Daddy-baby dance party or simply strapping him in with a baby carrier during errands, that movement also helps increase baby’s muscle tone and trains baby’s sense of self in relation to space, she says.

6. Make a set playdate with baby.
Regularly scheduling play with baby prevents that valuable time from getting swept by the wayside when things get busy. “Make silly faces, play peekaboo, and sing songs for baby,” Thomas says. It could be first thing in the morning or even in the evening. Whatever you decide, “this special bonding time becomes part of the daily routine” even as baby grows, she says.

7. Find a dad posse.
This is more about male bonding than baby bonding, but when a father finds other cool dads with kids the same age and a similar philosophy, then he can have a sense of community—guys who can listen to his concerns and help him out, or at least make him realize that he’s not alone, says Thomas. By feeling less isolated and (who knows?) maybe even picking up some daddying tips, dads can build their confidence—and that can go a long way in boosting his bond with baby.

8. Take on some of the feedings.
This might involve mom pumping and storing the milk, but the extra effort can be worth it—and not just because it gives Mom a break! “It lets Dad in on the close contact and happy infant gaze as the baby eats,” says Knickerbocker. If that’s not possible, then try to sit in on the feeding and provide moral support, she suggests—whether it’s a neck rub or a lullaby afterward. In addition to infant bonding, “it serves as some nice family time,” says Knickerbocker—and that’s something both Mom and Dad can relish.