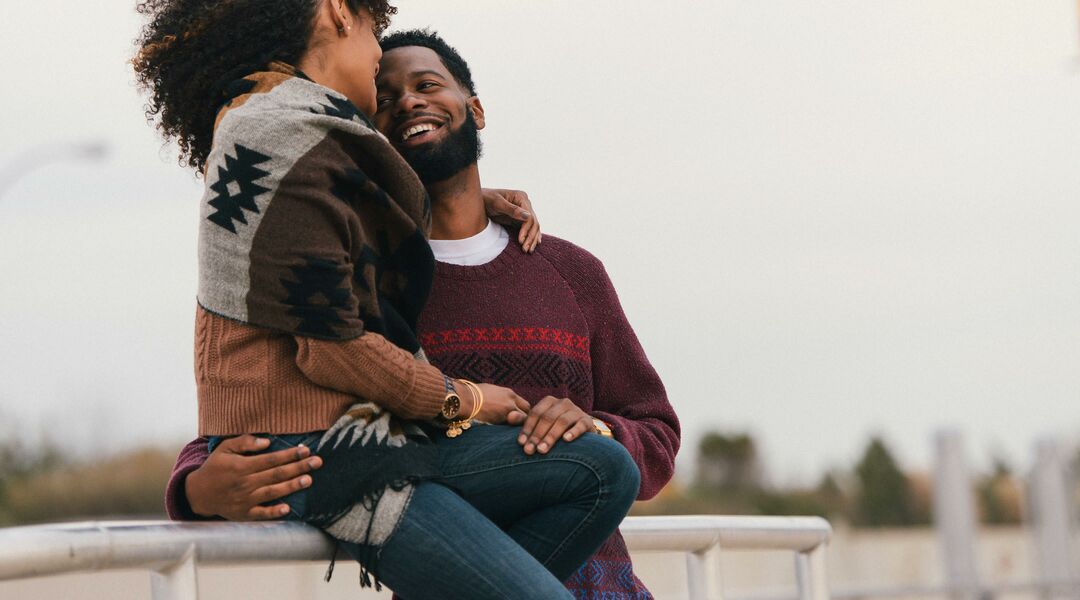 Trying to get pregnant sounds like a lot of bedroom fun, but for some couples, it can be a total downer for their sex lives. Here's how to avoid the fizzle.

“It’s like when you’re in college and you’re fascinated by a book on a certain subject, and suddenly you’re required to read it for class,” says Laurie Watson, sex therapist and author of Wanting Sex Again. “Trying to conceive can take away the joy of curious exploration.” If the sex becomes awkward or a point of conflict now, it could affect your intimacy in the future. Don’t let that happen to you.

You know when you’re ovulating — or you have a pretty good idea — and in order to make a baby, you’ve got a limited timeframe to do it in. But resist the urge to have your partner “on a clock,” calling him when you’re surging and expecting both of you to be in the mood automatically.

“For any of us, being sexually aroused is what makes sex exciting,” says Watson. “While there’s this business of making baby, you still need to do things that cultivate desire.” That could be something as simple as sending him a text during the day, telling him how much you want him — tonight! (But not mentioning the ovulation part of it.) Or even just picturing the things you want to do later in bed throughout the day. “Women get aroused in their minds,” says Watson. “Use your imagination and your memory.” Sure, you want to stick to the timeframe when you’re most fertile, but you also don’t want to turn this into a business transaction. You both should be able to get in the mood for sex, so you both enjoy it.

Maybe you two have been together for a while, or you’re saving up for a baby and so dating isn’t really something you do any more. But you should. After all, what’s sexier than some one-on-one talk (not about pregnancy or babymaking) and some delicious food (aphrodisiacs like oysters and chocolate, anyone?). Not only does getting out and concentrating on your relationship help you guys connect emotionally — which can help you connect sexually — but it will bring you back to those days when you were first dating, and there wasn’t pressure about sexy time.

Switch up the time of day

There’s nothing more awkward than the morning after a date night, when one partner wanted to do it, and the other was too exhausted (or too full or too tipsy) to, um, perform. So, suggests Watson, switch it up. Have some appetizers at home, and while you two are getting ready to head out the door, well, do it. Or wake him up in the morning with the pleasant surprise of a good, old-fashioned make-out session. Not only does switching up the time of day make things more exciting, but it boosts the odds that both of you will have enough energy for a fun romp, rather than a quickie.

Spend some time alone (yup, all by yourself)

Seems like you should be spending lots of time together, but remember, when you were dating, it was exciting to meet up with him at a bar, or at a mini golf course — you know, because of the anticipation? Plus, when you had time alone, you were probably taking pretty good care of yourself, getting plenty of “me time.”

“It’s tough to give yourself to a partner when you don’t have time to yourself,” says Watson. “Have plenty of rest and downtime. Explore a hobby or hang out with a girlfriend.” Then, when you see your man, it will feel pretty good to jump his bones.

Get to know your body

Ovulation, basal body temperature and cervical mucus aren’t exactly the hottest terms out there. But, in this whole process of trying to conceive, you should learn what they are and how they affect not only conception but your sex life. “For some women, this might be the first time you’re really touching yourself regularly and observing your body,” says Watson. “You’ll see what ovulation does to your sex and desire. Pay attention to the peaks and rhythms you have throughout the month.”

Another little-known fact: “Right before starting their period, some women get a heavy feeling in their pelvis, and the orgasms can be better then, because the uterus contracts around an increased blood supply,” says Watson.

Have lots and lots of foreplay

Speaking of orgasms. The more you have them, the more you’re going to want sex. And it’s the wanting that keeps it spicy, right?

“Only 20 percent of all women have orgasms through intercourse,” says Watson. “Most need to be touched.” In other words, we know it’s the sex that will get you pregnant, but don’t skimp on the foreplay.

Get creative in the bedroom

“Make it a goal,” says Watson. “Say, ‘Since we have to do it so many times, let’s see how many different positions can we do it in.’” Experiment with different things — whatever you two are both comfortable with, whether it’s the venue (shower and kitchen sex can be great), what you’re wearing (new lingerie) or some new sex toys. This isn’t just stuff you guys can enjoy now — it could help you keep things spicy long into the future.

Timing Is Everything: Get Pregnant Quicker