From drawing names out of a hat (yes, really) to creating the most intricate of spreadsheets, Bumpies share the most unconventional ways they decided on baby’s namesake.
Save article
ByCaitlin Brody
UpdatedMay 2020 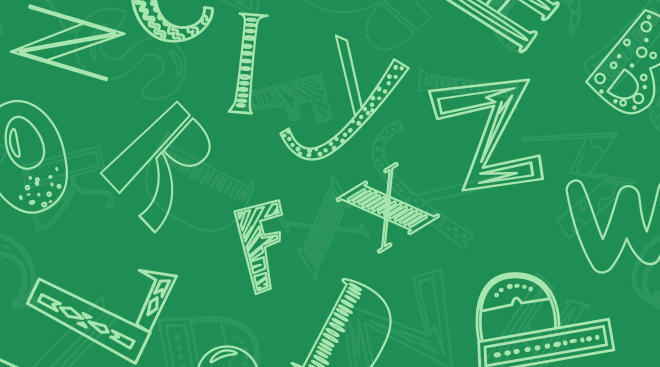 “We pulled names from two hats (one for first names, one for middle names).” — Msknr

“We’re going to hang a small whiteboard or poster board outside our delivery room and let nurses and passersby vote on our short list. It should be interesting!” — TheWop

“I put together a spreadsheet with the names, possible middle name combos, possible nicknames, the meaning, the corresponding saint and the saint’s day and the origin. I added all names that I liked and any name DH ever mentioned, since sometimes it was hard to tell if he was being serious or not…” — queenbone

“We had such a hard time naming our second son that we were open to anything, so we started soliciting suggestions from others. I posted on Internet forums, and he put up a small chalkboard by his desk at work and asked people to write suggestions on it.” — sunnydaisy

“We play a game that we affectionately refer to as “Baby Name Death Match.” We set up tournament-style brackets for our name list for each gender, and two by two, pit the names against each other. We did a couple rounds of this, until we were down to a final two or final four. It can be a pain to look at a list and decide which one is the best. By going through two at a time, it was easier to say, “I like ____, but I like ____ better.” We also got a better feel for which names we kept going back to.” — ubermoose

“It was ironic, really. We were both flipping through baby name books at Barnes & Noble, at the same time we looked up and said, ‘I’ve got one.’ It turned out that we both liked the same name.” — CbonBoard

“We had a dry-erase board in our kitchen. Whenever I walked by, I would jot down a name I had read, heard or seen, and my husband would do the same. Then we would cross out any names the other didn’t like. I saw Emmalin in a baby book, and after a couple weeks, it hadn’t been crossed off the list, so it stuck!” — kjohn091

“We came up with the name Cooper Michael together but separately — DH was in one room and I was in the other, and it just popped into our heads.” — Strgirl233

“We both shut our eyes, opened the name book and chose from that page.” — ScrapBookerry

Plus, more from The Bump:
When Should I Start Looking For Baby Names?
How to Pick A Baby Name Without Picking A Fight
Quiz: What’s Your Baby Naming Style?