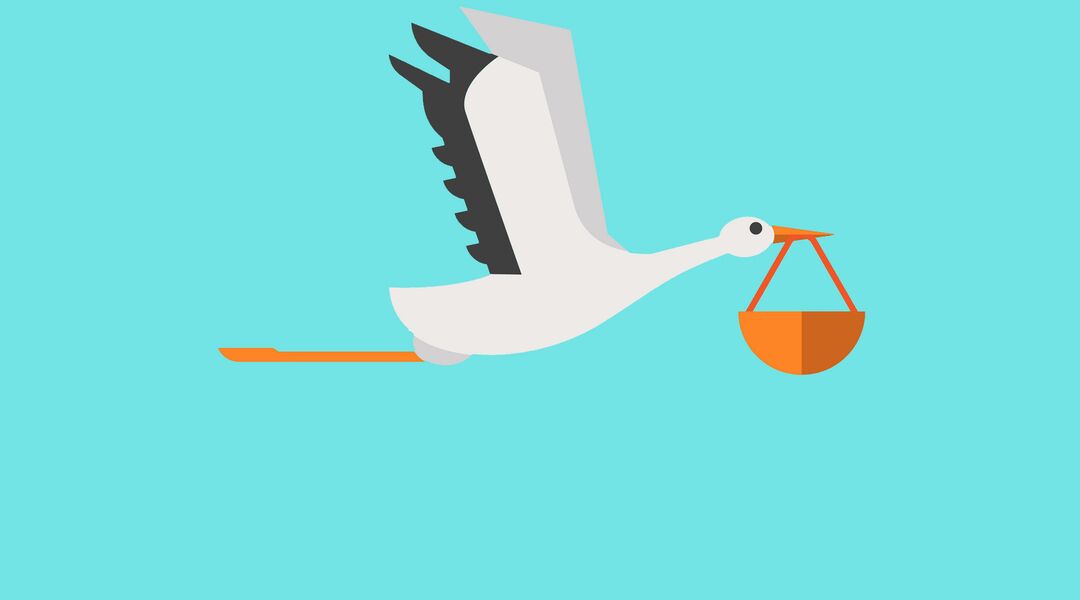 Nope, it has nothing to do with storks—or bites—but your newborn may wind up sporting one. Find out what it is and when it goes away.

“Stork bite” is the common term for nevus simplex, a birthmark that shows up on a third of all newborns. Stork bite is also referred to as a “salmon patch” because of its pink and flat appearance.

It can show up on baby’s forehead, eyelids, nose, upper lip or back of the neck and usually disappears in about 18 months. However, stork bites on the back of the neck may not completely go away. It’s usually not a problem because hair will cover the mark, but you can get it removed with laser treatment when baby is older (like old enough for them to actually care it’s there).

Stork bites are caused by dilated and stretched capillaries, or blood vessels, under the skin. It can become darker when baby cries or if there’s a change in room temperature. While baby probably doesn’t mind having this hyper-color hot spot, remember that more than 80 percent of newborns have some sort of birthmark that appears at birth or shortly thereafter and will go away in time. If you’re concerned about a mark on aby, talk to your pediatrician to make sure it’s not an indication of something more serious.