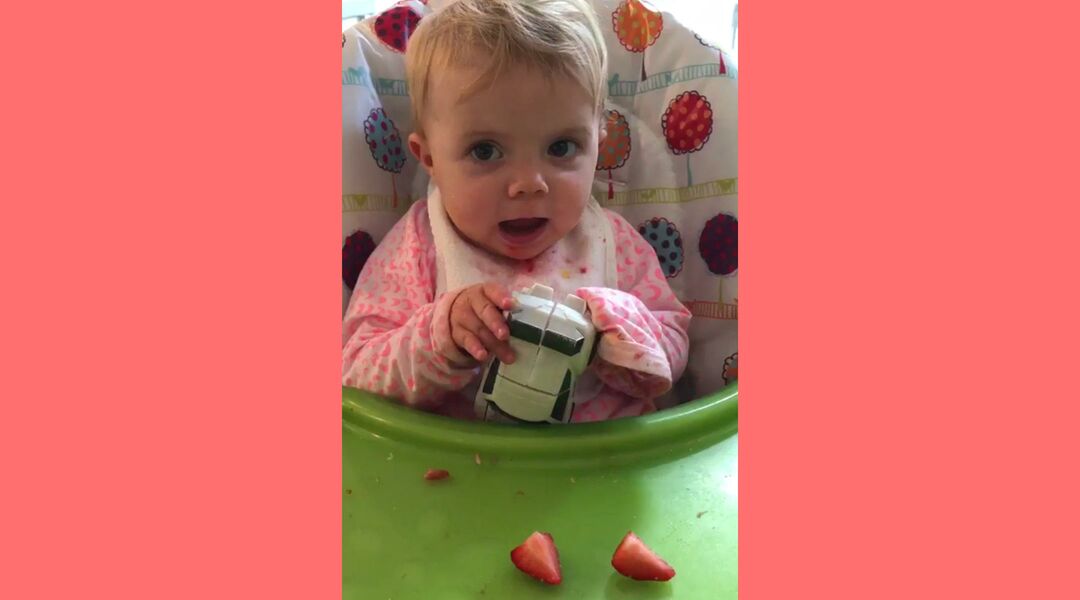 One superhero-loving Scottish dad got the surprise of a lifetime when his daughter helped him sing the “Batman” theme song. “Can’t understand why my wife isn’t as happy about it,” he wrote on Twitter.

At 14 months, these weren’t her first words exactly. McAvoy told the Huffington Post that Millie’s only word before then had been a “very basic Dada.” And for the record, his wife was actually “delighted” with her daughter’s cute first word, he said.

“We are all surprised that her first word has made the headlines around the world. It’s quite a start,” he said.

Other parents and relatives chimed in with their own funny first word stories.

If you think about a typical child’s language development, Millie’s first word makes a little bit more sense. Before 12 months, most babies are babbling nonsensically, with the occasional “dada” or “mama” spilling out. Babies tend to say their first words around 12 months – hence, “Batman” at 14.

It also probably helped that Millie’s big brother, 4-year-old Elliot, had been singing the theme song from the 1960s “Batman” TV show he had been watching. After all, studies have shown that the things a baby sees are most likely to be their first words. So if you’re wondering what’s going on in baby’s brain when their first words come tumbling out, both repetition and visuals are key.