A 'Baby Shark' TV Series Is Headed to Nickelodeon 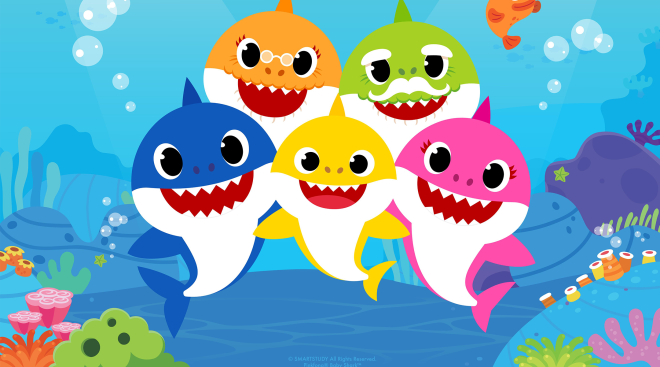 The “Baby Shark” sensation is proving to be much more than a fad. Just about a year ago, it was simply a song your toddler (and you!) couldn’t stop singing. Now, it’s still a song that’s perpetually playing, but it also has a Netflix series and live show in the works. And now you can add one more notch to its belt. Nickelodeon recently announced it’ll be adding a “Baby Shark” series to its family of shows. The network will team up with Pinkfong, the mastermind behind the phenomena, to develop an original animated series based on the song.

“Baby Shark has captured the imagination of millions of fans around the world, so it’s no surprise it’s one of the top 10 most-viewed videos on YouTube ever,” says Ramsey Naito, executive vice president of Nickelodeon Animation, in the news release. “At the heart of any popular piece of content is a terrific character, and we have a great opportunity to further explore the world of Baby Shark and follow this family through some great animated adventures on Nickelodeon.”

Although “Baby Shark” is popular in many homes worldwide, Céline Dion wasn’t all too familiar with the song. That didn’t stop the vocalist from nailing the tune in a recent episode of The Late Late Show with James Corden.

How to Identify Your Child’s Love Language

What Grandparents Day Is All About—and How to Celebrate

55 Classic and Cool Grandfather Names to Choose From

55 Grandmother Names to Choose From