Former Bachelor Star Gets Real About Why She Stopped Breastfeeding

“I made a really hard decision within myself as a mom to listen to my gut about what was best for my child.”
facebook
twitter
copy link
email
save
ByNehal Aggarwal
Associate Editor
Published November 21, 2019 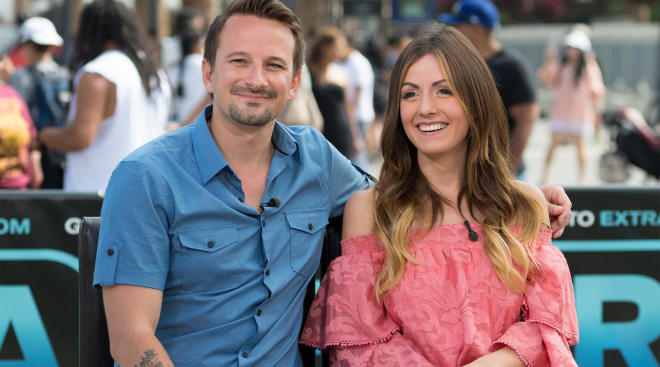 Breastfeeding your child has long been touted as the “best” way to feed your newborn. But, sometimes it’s just not a reality for moms and it’s not the best course of action for baby. The issue is one that former Bachelor in Paradise star Carly Waddell is passionate about—and yesterday she took to social media to talk about it.

In a post on her Instagram, Waddell is standing in postpartum underwear and holding cabbage leaves to her breasts. In the caption, she explains why she had chosen to stop breastfeeding her newborn and second child, Charlie Wolfe, born last week. “I had all these hopes and dreams that postpartum would be easier this time. But I still ache. I’m healing. I’m tired,” she wrote, continuing, “Bella was such a colicky newborn. She cried and cried for months. Threw up. Had gas pains. I breastfed for months because that’s what I was told was ‘best.’ When I changed Bella to formula, she was a new, happy little baby. This time, I had hopes that Charlie would be different. But it just isn’t the case. I decided to stop breastfeeding and try him on the same formula Bella was on, and within a bottle or two he was so happy. He stopped crying. He could relax. He could sleep. He smiled.”

In her post, Waddell explained that breastfeeding simply wasn’t the right choice for her kids. She continued, “There is such a stigma about breastfeeding. If you don’t do it, you don’t care about your children’s health. You don’t love your kids enough. You’re being selfish. You just aren’t being a good enough mom. Honestly, I know my comments will prob be full of people telling me all sorts of things I could have/should have done to make it work for us. But the one huge thing I found this time is that I made a really hard decision within myself as a mom to listen to my gut about what was best for my child. And you know what…it worked. He is soooo happy and that is all that matters.”

She ended the post with #cabbageleavesforthewin, referencing the home therapy technique of using cabbage leaves to facilitate decreasing breast milk production and treat breast pain. According to the comments on the post, Waddell isn’t alone.

One woman commented, “This post just made me love you even more. I couldn’t breastfeed my son. And I felt like I let him down. I had a c section because he wouldn’t leave my womb and I felt like I wasn’t a whole mother for not birthing him naturally. But he’s happy and he has been formula fed since week 2 when i realized breastfeeding wasn’t our thing. He slept, he smiled and he was happy too. Formula is ok and a c section is ok. We’re all good moms. Thank you for this post!”

Another woman shared, “Only you know what is best! I’m proud of you for being so honest and giving other moms the courage to stop breastfeeding if they chose to. Don’t ever doubt your choices as a mom,” while another still wrote, “That feeling is so real and valid. Breastfeeding was the hardest thing I’ve ever done. And each step I took toward not breastfeeding felt like a failure. At the end of the day baby is HAPPY and FED. Period. Good job momma.”

The old saying, “Mother knows best,” definitely rings true here. Whether you breastfeed or formula feed baby, at the end of the day, you know what’s best for baby. As long as baby is happy and healthy, that’s all that matters!