Where do celebrities get inspiration for their baby's names? From the places they visit, duh! New daddy Jimmy Fallon , who can't stop gushing over his adorable baby girl (and we can't blame him!), Winnie, just revealed where he and wife, Nancy, got the inspiration for their sweet little addition, and it got us thinking, how many other celebs are out there, dishing on where they found inspiration for their celebu-tots? The proof, my friends, is in the proverbial slideshow pudding. So, check it out: Where did you find inspiration for your baby's name?
facebook
twitter
copy link
email
save
ByKylie McConville
Updated August 13, 2013

Baby girl Fallon was named after Lake Winnipesaukee, where the couple vacationed together every summer — and also where Fallon proposed! He also added that their daughter is a 'win' for them — and just kill me already because I can't handle the cute!

As for the inspiration behind her son's name, Shakira said, "The name Milan (pronounced MEE-lahn), means dear, loving and gracious in Slavic; in Ancient Roman, eager and laborious; and in Sanskrit, unification."

The adorable new daddy said, "I wanted to call her Indiana Jones, but it didn’t work out too well for a female, so India was the version."

America's favorite sweetheart doesn't at all mind giving her baby boy a "hick" name inspired by her hometown, Nashville, TN. Regardless, we love it!

Alicia was inspired to name her newest addition Egypt after visiting the country, saying, "I took an important trip for myself to Egypt. There were a lot of things that needed to change. I was not as experienced then, so I felt close to a breakdown. I went to Egypt, and I went alone. I sailed down the Nile and I saw the temples, the tombs, and the pyramids. It was powerful. It was very Cleopatra. When we found out I was pregnant, my husband said, ‘Egypt was such an important time for you. That really changed your life. Wouldn’t that be amazing as a name?’ Once he said that, I was like, ‘Yes.’”

The divorced parents have stayed mum on the inspiration behind their son's first name, though doting daddy Pete did say, "The Jungle Book was something that me and Ashlee bonded over. It's a cool name," of their son's middle name, Mowgli.

Marcia credits her daughter, Savannah's, name choice to a "premonition" she had years ago. She told People, "a long time ago, I had this kind of spiritual experience, that I will have this child and her name will be Savannah. Then when Tom and I didn't even know we were having girls, he wrote me an e-mail and said, 'I just heard a name I like: Savannah.' I had the complete chills."

The couple, who've since split, named their only daughter, Suri.

A long time lover of Africa, Jolie named her first daughter together with Pitt, after a small African nation. 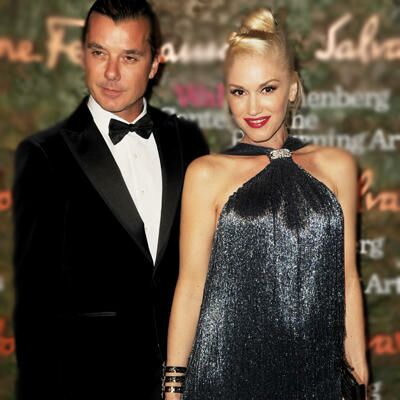 The singing powerhouses named their two sons after destinations in Jamaica.

Shanna also has a daughter from another relationship, named Atlanta. Looks like mama loves Southern names!

Felicity and William have a Georgia and Sophia, both with the middle name Grace.

Ben Affleck's handsome little brother has two boys with his wife, Summer: Indiana and Atticus. Perhaps they were inspired by book characters?

While neither McDreamy or his wife, Jillian, have southern roots, their daughter's name stems from a town in Louisiana.

The city of lights (and love), inspired the Jackson's only daughter's name.

Of their 4 children, Brooklyn is the only one born with a borough-inspired moniker.

When the couple was together, they named their daughter after the beautiful country. 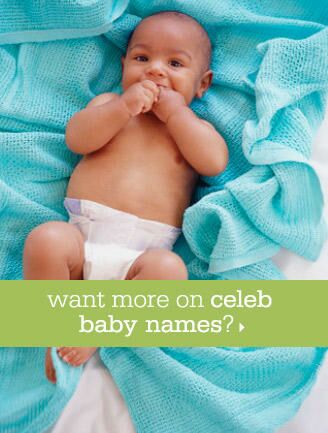 The Craziest Celebrity Baby Names of All Time!

The Sweet Significance Behind the Name Hunter McGrady Gave Her Son