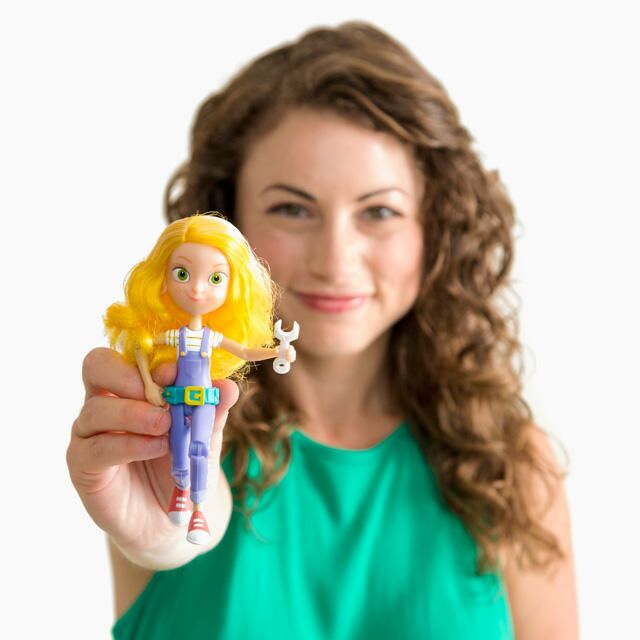 How Debbie Sterling’s Pregnancy Is Shaping Her Toy Company GoldieBlox

The CEO reveals how expecting her own baby is making her a better toy maker.
PUBLISHED ON 06/24/2016

In 2012, Debbie Sterling was determined to “disrupt the pink aisle” in toy stores. At the time, she was 28 with a mechanical engineering degree from Stanford University, had no kids and hadn’t even set foot in a toy store in nearly 20 years. But her curiosity brought her back to the place of childhood. “When I saw separate pink and blue aisles, it felt like a step back in time; the options for young girls were so limited and stereotyped,” Sterling says. Four years later, her startup company GoldieBlox has 21 action figures, toys, apps and books sold across the country in more than 6,000 stores like Target, Walmart and Toys “R” Us, all focused on teaching STEM (science, technology, engineering and math) to young girls. This October, Sterling is about to join the ranks of her customer base, moms—she’s pregnant with her first child. The Bump talked with the CEO about how her pregnancy is changing the way she runs GoldieBlox and how the toy company can tap into another fan base: baby boys, her own included.

You started GoldieBlox before having kids. How has your perspective changed since becoming pregnant?
Initially when I was designing, I would think about my childhood and what I would have loved as a little girl. But now that I’m having a child, it’s different. Whenever we’re brainstorming new products or brand messaging, I ask myself, “Does this resonate with me? Is this what I would want for my kid?” It's helping me connect better to our target customer, because now I'm really starting to know and understand what it feels like to be a parent.

How has the company evolved since launching in 2012?
The first product we made [GoldieBlox and the Spinning Machine] was all about teaching young girls spatial skills and building an early interest in mechanical engineering. But we’ve broadened that: We’re empowering girls by offering nontraditional options and exposing them to 21st-century skills like engineering, coding, entrepreneurship and leadership. Girls lose interest in STEM fields at a really young age, and less than 25 percent of college graduates in those majors are women; they aren’t graduating high school with an interest in it. Through this main character Goldie, we’re teaching girls it's good to take risks and invent the things they want to see in the world.

What do you think about Amazon and Target dropping their “boy” and “girl” toy categories?
It’s a huge victory, and I’m really happy about it. I believe GoldieBlox and other indie toy companies played a small role in this change by challenging conventional wisdom. Our company and message went viral so quickly. [We reached our fundraising goal on Kickstarter in three days!]. We shined a light on the pink aisle and we sort of asked a simple question: Why are construction toys only in the blue aisle with boys on the cover of every box? People really reacted in a visceral way, and I'm happy to see the larger companies acted so quickly because they play such a huge role in what toy manufacturers make. 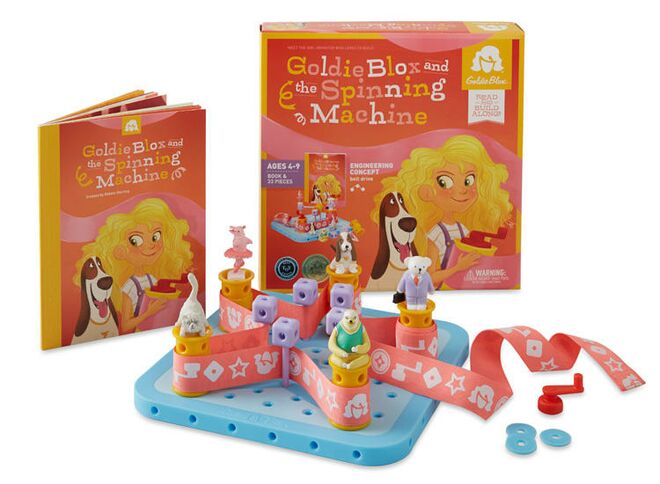 What kind of impact do you think parents have in reinforcing gender divides even before baby is born?
You can fall into those stereotypes early on—especially when you find out you're having a girl. I’ve noticed many pregnant women on online pregnancy forums already refer to their future daughters as their “princesses,” and I've been to baby showers where everything is pink, ruffles, glitter and sparkles—it sends a message. From day one, she's completely surrounded by it, and that's going to continue for her. Just like when boys have cars, trucks and airplanes all over their nursery and clothes—they love these things by the time they are toddlers. You have to think there’s a correlation when they’re staring at those things all day long. As young as 3 or 4, boys and girls start to identify with their gender and they say, “Okay, this is for boys. This is for girls”—it’s this age when most girls have their princess phase and most boys have their superhero phase.

So should parents suppress the “princess phase”?
I like to say, “It’s okay for girls to want to be a princess. We just want them to build their own castle too.” It's not that being a princess is bad; what I find isn’t good is the fact that from a young age, being a builder, maker, inventor, mathematician or scientist is sort of thought of as a boy thing. And that's bad because those are the skill sets and interests we need to develop in all children. I think it's dangerous to have those stereotypes so deeply rooted so early on, because it becomes harder to overcome, especially by the time kids hit middle school. 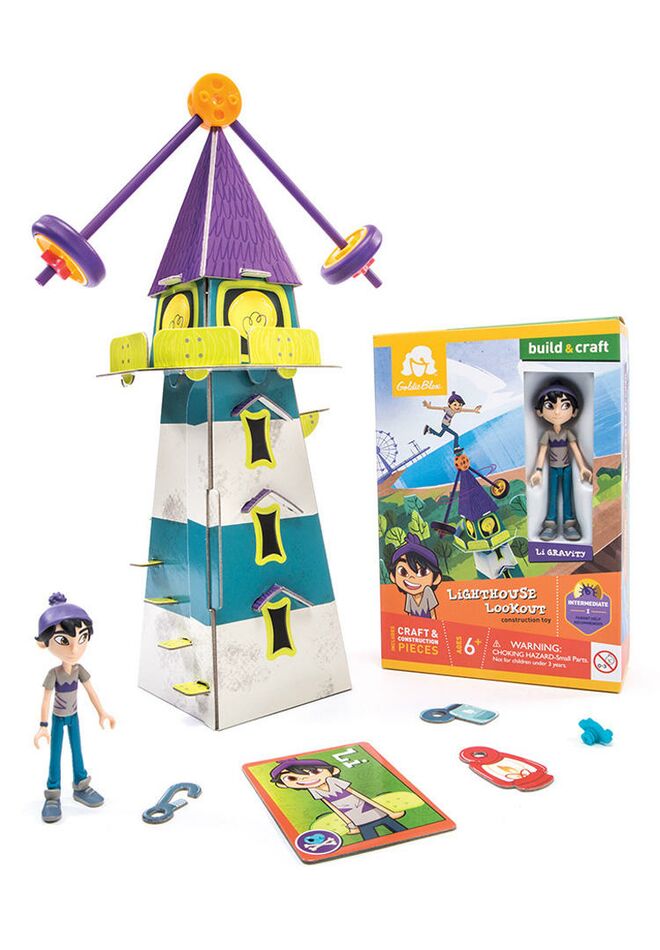 How do you plan to limit your son’s exposure to these stereotypes?
Parents play a huge role in this, and a lot of times they don’t realize they’re doing it—little everyday things become very subconscious and sink in. I was curious to learn the gender, but once I found out we were having a boy, I felt like it didn’t really matter after all; I don’t plan on raising him differently than I would a daughter, except I will go out of my way to make sure he fights against all the stereotypes he's going to face from his classmates; I'm dreading the day he comes home from preschool saying, “Girls can't do this.” I'll work as hard as I can to have him be a feminist and stand up for his female classmates. I’ll also have him play with GoldieBlox—I can't tell you how often I hear boys love playing with GoldieBlox; it’s very gender inclusive. Moms buy it for their sons because they want their sons to grow up with a cool girl role model. The more we can get boys believing that GoldieBlox, this brand for girls, is cool, then we're increasing the chances of making it normal for both girls and boys growing up to think girls can build, invent and be engineers.