How Having a Girl Changes a Father's Brain

Yep, your daughter is destined to be a daddy's girl.
save article 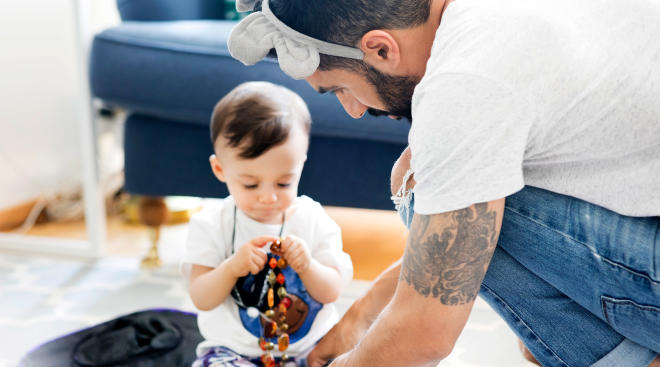 If your baby girl already seems to have dad wrapped around her finger, know that science just proved she has an advantage. Brain scans show dads respond differently to daughters than they do to sons.

Research published in the American Psychological Association’s journal Behavioral Neuroscience shows that overall, fathers of toddlers girls are more attentive to their needs than fathers of toddler boys, inside and outside of the lab.

MRIs demonstrated fathers had a greater response to photos of their daughters’ happy facial expressions than fathers of sons.

After outfitting 52 dads with recorders to wear at home, researchers found that fathers of girls also sang to them more and spoke more openly about emotions. Little boys, on the other hand, were the recipients of more rough-and-tumble play.

“If the child cries out or asks for dad, fathers of daughters responded to that more than did fathers of sons,” says lead researcher Jennifer Mascaro, PhD, of Emory University. “We should be aware of how unconscious notions of gender can play into the way we treat even very young children.”

Researchers add that it’s unclear whether dads are genetically wired to be more responsive to daughters, or if they’re conforming to social norms about gender. Either way, researchers don’t suggest that fathers alter this behavior towards daughters; it can help girls cultivate empathy. They do suggest, however, that fathers take a similar approach to raising sons.

“The fact that fathers may actually be less attentive to the emotional needs of boys, perhaps despite their best intentions, is important to recognize,” Mascari says. "Most dads are trying to do the best they can and do all the things they can to help their kids succeed, but it’s important to understand how their interactions with their children might be subtly biased based on gender.”