Here are subtle signs to keep on your radar.
Save article
ByStephanie Grassullo
Associate Editor
PublishedJul 2019 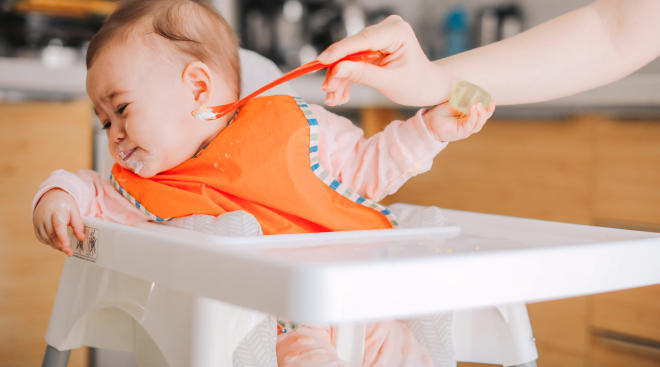 Unusual eating behaviors may be a sign that a child should be screened for autism, according to research from Penn State University. “Atypical” eating behaviors were present in 70 percent of children with autism, which is 15 times more common than in neurotypical children.

Atypical eating behaviors can range from being a severely picky eater, hypersensitivity to food textures or temperatures and pocketing food without swallowing. These types of behaviors are present in many one-year-olds with autism and could be a cue that a child may have autism, suggests Susan Mayes, lead author of the study and a professor of psychiatry.

The researchers conducted more than 2,000 interviews with parents to find out about their children’s eating behaviors. They analyzed the difference in the frequency of unusual eating behaviors between children without autism and those with the condition, attention deficit hyperactivity disorder and other disorders. The data showed that although children from both groups have unusual eating habits, they are seven times more common in autism than in other disorders.

The earlier autism is diagnosed, the sooner a child can begin treatment with a behavior analyst. Behavior analysts use a bunch of different interventions, including rewards, to make positive changes in a child’s behavior and to teach a range of needed skills.

A lot of children with autism eat a selective diet, consisting mostly of grain products, such as pasta and bread, and chicken nuggets. Since children with the condition tend to have sensory hypersensitivities and dislike change, often times they’re not inclined to try new foods and are sensitive to certain textures. Keith Williams, director of the Feeding Program at Penn State Children’s Hospital, has used behavioral therapy to help ensure children with unusual eating habits are getting a proper diet. “I once treated a child who ate nothing but bacon and drank only iced tea,” he notes. “Unusual diets like these don’t sustain children.”

The good news is, once the eating behaviors are distinguished, doctors and therapists will stay on top of your child’s behavior to ensure they’re getting all of the nutrients they need.

A 3-Step Program for Picky Eaters