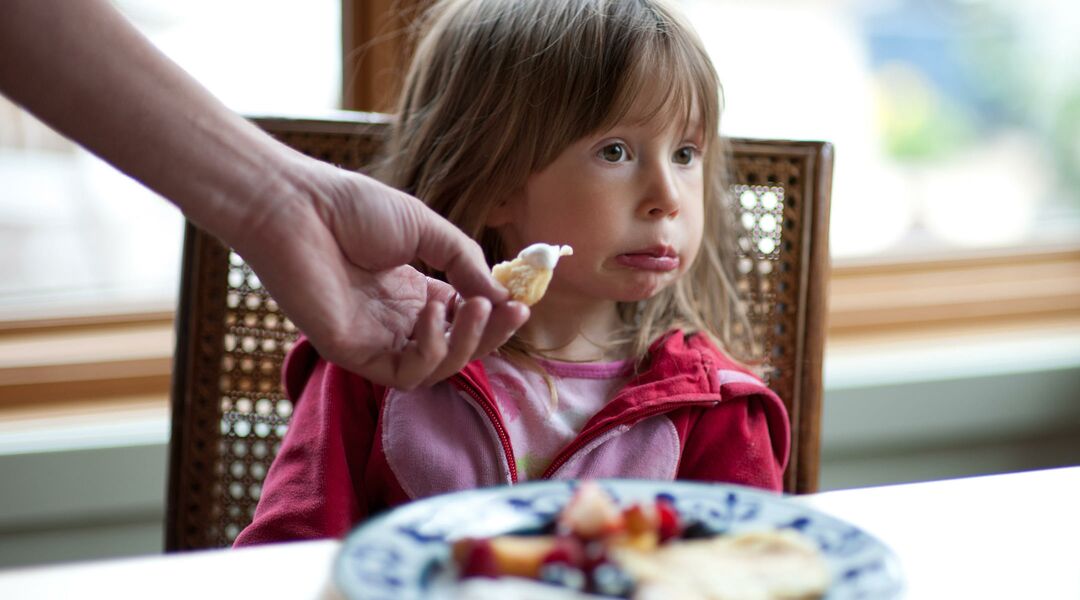 A 3-Step Program for Picky Eaters

Is there a science to getting your kids to eat better?

A new study from Aston University and Loughborough University in the UK found that introducing the ‘three Rs’ — repetition, role modeling and reward — dramatically increased the amount of vegetables picky eaters consumed that they previously disliked.

How’s it work? Parents repeatedly expose kids to a particular food (repetition) and praise them for trying it (reward). And those parents aren’t off the hook either; they need to eat it first to prove how delicious it is (role modeling).

“It can be very challenging for families to encourage their children to eat a healthy, balanced diet as children naturally go through stages during their toddler years when they are often fussy and will refuse new foods, particularly vegetables. This is a normal developmental stage for children,” says researcher Claire Farrow. “Families need evidence-based scientific advice about what they can do to help encourage children to taste, and eventually like, new or disliked fruits and vegetables.”

So researchers created a plan. A total of 115 children between the ages of two and four were divided into four separate groups. Each group was given the same veggie to taste every day for two weeks using a different intervention technique — all within their own homes.

A combination of all three Rs, or at least two of them — rewards and repeated exposure — yielded the biggest improvement in eating habits. Kids exposed to the three Rs ate an average of 4 grams of the vegetable per day, compared to 0.6 grams before the study began.

Ready to implement this? Before you start, know you’re not alone. Plenty of parents have ridiculously picky eaters. And they commiserate here.