Plus, it’s as simple as can be.
Save article
ByNehal Aggarwal
Associate Editor
PublishedMar 2020 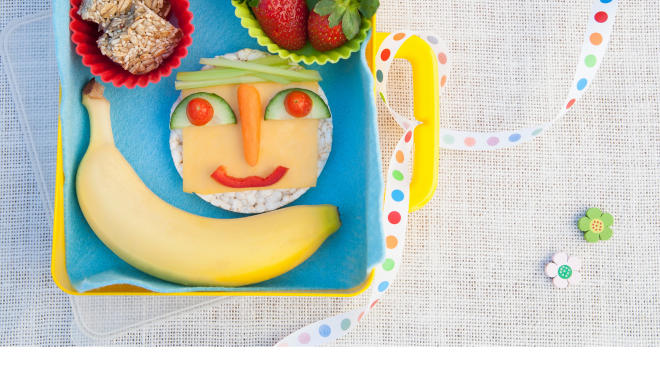 Every parent knows that getting kids to eat their vegetables can be a real battle. And grocery shopping with them? Forget it. All parents at some point likely try to come up with a fun way to get their kids to make it through a grocery store tip and then eat the veggies that were bought—and every parent knows how hard it can be. Now, one mom has the best solution to both problems—and it’s as simple as can be.

Jane Stine, who recently moved back to the United States after living abroad, has a 3-year-old son. On a recent trip to the grocery store, she noticed children’s cartoon stickers on various items throughout the grocery store. “A few weeks ago we bought a pineapple, and the pineapple has a tag that says Frozen 2. I was like, ‘These two things couldn’t have anything less to do with each other! What is happening?!” she told TODAY Parents in an interview. “So I just decided if they’re going to stick Frozen 2 on a pineapple, I can stick whatever I want on the stuff we’re going to buy.”

The mom has since been bringing her own stickers of her son’s favorite characters (from Toy Story, Paw Patrol and Frozen) to the grocery store to put on items she plans to purchase. Her son has had a blast finding them, and Stine later took to Facebook to share her parenting hack. “Here’s my best parenting hack. You know how kids always want Paw Patrol yogurt or Disney waffles or whatever? Bring your own stickers to the grocery store and start sticking,” she wrote in the caption. “Today we’re having Winnie the Pooh brand spaghetti squash. It goes perfectly with Toy Story broccoli.”

Her post has since gone viral, with 14,000 comments, 104,000 shares and over 10,000 comments from people praising the hack as “genius” and wondering if it would work on the kids in their lives.

Stine told TODAY Parents that, while many have told her the idea was a great one, it’s not an activity her kids necessarily need. “They don’t need it. It’s just a fun thing to do,” she explained. “They’re only little kids for a short amount of time, and if you do something, a regular chore, and can make it a little more fun and it basically costs nothing, why not?”