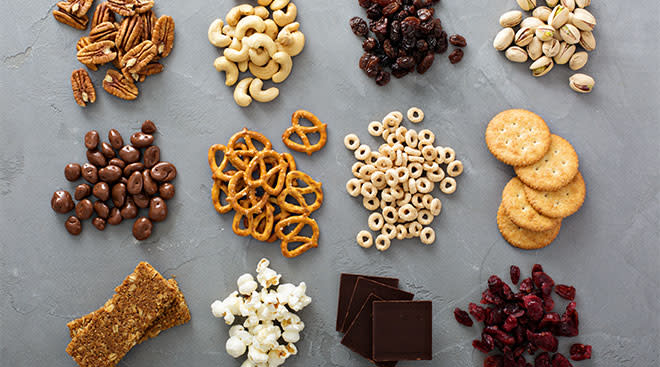 Life in lockdown is hard enough without your kids constantly asking you for snacks, as if you’re some kind of human vending machine. One mom is sick and tired of it, and now she’s coming up with a solution.

Jen Hallstrom, 31, from Indiana is a mom to three: Karley, 11, Wyatt, 7, and Millie, 2. She recently started putting out colored baskets filled with snacks for the day for each kid. She explains in her now-gone-viral Facebook post about the hack that once the snacks are gone, her kids don’t get any more. “It makes them stop and think do I really need a snack?,” she wrote, adding, “I also put their cup for the day in there because I’m not washing 50 cups a day!”

Even with the hack, Hallstorm admits that she still finds her 2-year-old sometimes looking through the cupboards for more snacks. “It’s frustrating when you know they aren’t hungry and they’re just eating out of boredom,” Hallstrom told TODAY Parents in an interview. “My older two have done extremely well with it though. For the most part they don’t even finish what’s in their baskets.”

Hallstrom believes the trick could also be good for adults—and it’s catching on. Her post has over 283,000 reactions and 404,000 shares. “I need to do this because my boy would snack all day out of boredom and then not want to eat meals, it drives me nuts,” one person commented, while another wrote, “So smart! Thank you for sharing.”

Erin Merryn, 35, owner of the popular Instagram account The Cat Named Carrot, says Hallstrom’s trick really works and shared it with her 208,000 followers. “Parents, here is a great idea. Now that the kids are home for a few weeks you are probably constantly hearing ‘I’m hungry!’ Every morning give them each a basket filled with snacks,” she wrote in the caption of her post. “Tell them they can eat these throughout the day but once their basket is empty they can’t be asking for more. Carrot gets a basket too. She wants snacks just as much as them.” Her post now has close to 23,000 likes and over 600 comments—one of which states, “I’m going to do this for my husband!”

"It solved one of my biggest frustrations,” Merryn told the outlet. “I’m not exaggerating when I say it’s been a life-changer.”