“It’s okay to be scared sh*tless that you might be a crap mum, your heart will surprise you.”
save article 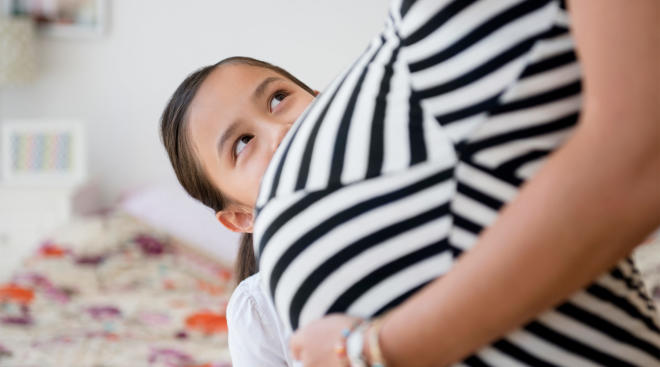 Your second pregnancy is a lot different than your first. For starters, the buildup to baby’s arrival is way less scary because you’ve already been there and done that. But another secret taking form in the back of many expectant moms’ minds is the fear they’ll never have as much love for their second child as they do for their first.

Of course no one ever wants to admit this, because just the thought is enough to make you feel like a horrible mother. But popular beauty, lifestyle and motherhood vlogger Louise Pentland broke the silence on this concern in a recent Instagram post, and it turns out, she’s not alone.

“I didn’t want to talk about [it] that much because I felt pregnant women were supposed to instantly gush with love for their growing babe, and I was still fearful,” the mom admits.

“I’m thinking a lot about this time last year at the moment. Pearl was due Jan. 1, so every day was potentially my last as the “Mummy and Darcy Team,’” Pentland says. “I was really anxious that I wouldn’t be able to love Pearl the same way I love Darcy, who feels just so so special to me.”

It makes sense, your first child is the one who made you a mom. The little one introduced you to a whole new level of love you didn’t know you were capable of possessing. So of course it seems impossible to summon up those same emotions for another child. And yet, that’s exactly what happens.

“Thankfully, a mother’s heart is pretty cool because it doesn’t half with a new child but doubles instead,” the vlogger explains. “It’s okay to be scared sh*tless that you might be a crap mum, your heart will surprise you.”

There’s a lot to keep in mind when preparing for baby no. 2, but rest easy knowing the love for your newest addition will come just as naturally as it did the first time around.