You’ve been through it before, so a second birth will be a breeze, right? Maybe, maybe not. Here’s what second-time moms say. 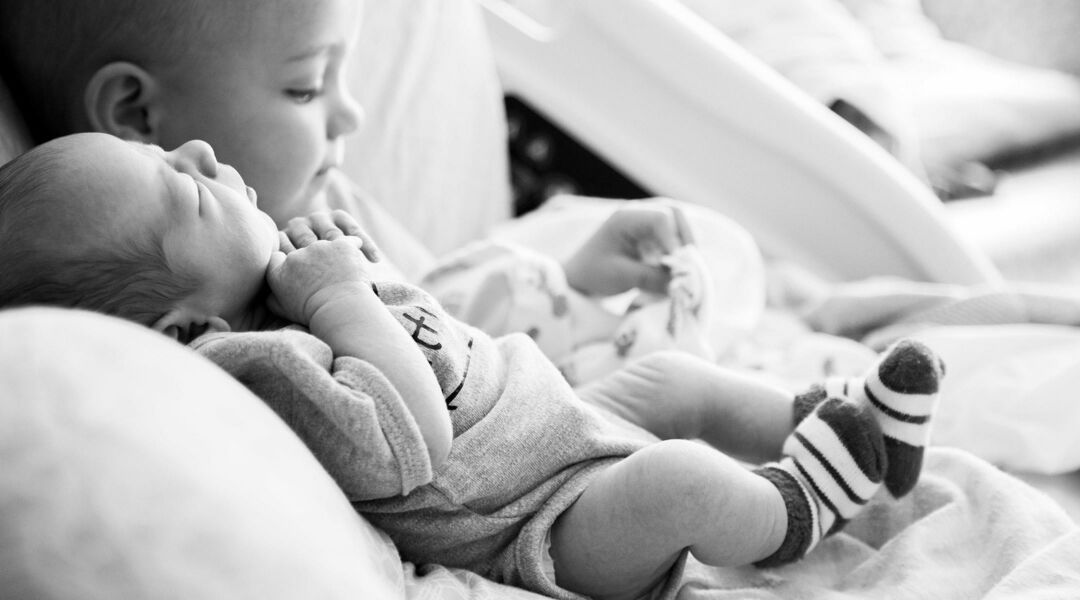 When I was pregnant with my first child, I had no idea what to expect about, well, any of it. But childbirth seemed particularly mysterious. Everyone said it would be (painfully) obvious when real labor began, but multiple times a week, sharp Braxton-Hicks contractions would have me thinking, This is it. This has to be it. Then, when actual labor kicked in the night after my due date, I was totally in denial as I Googled “Did my water break?” (Spoiler: It did.)

As I neared the end of my second pregnancy almost three years later, I figured I was an old hat at this having-a-baby thing. But the truth is, I still had no idea what I was in for. This time around, my mucus plug fell out long before my due date, my Braxton-Hicks felt much more like real contractions, and the baby was in a head-down position—fully descended, locked and loaded—weeks early, making me feel like he might fly out anytime I sneezed. By all predictions (including that of my midwife), this baby was going to come early, and when he did, it would be fast and furious. But that wasn’t entirely the case—and I’m certainly not the only mom to experience a second birth that defied expectations. So what can women anticipate the second time around? We got the scoop from doctors and moms alike.

How Does a Woman’s Body Change After Childbirth?

As anyone who’s been through childbirth knows, your body is never quite the same afterward, though sometimes it doesn’t become obvious until the second pregnancy. “After a first delivery, a woman’s body bounces back to pre-pregnancy shape relatively quickly” and typically heals within four to six weeks, says Heather Bartos, an ob-gyn at Be. Women’s Health & Wellness in Cross Roads, Texas. For subsequent pregnancies, it may take longer to get your “normal” body back. What’s more, Bartos says, “the physical issues of the first pregnancy creep up faster this time.” The second time around, she explains, it’s not uncommon to show sooner, get hemorrhoids and varicose veins faster, feel baby move earlier and experience Braxton-Hicks contractions ahead of last time. “Your body remembers through muscle memory.”

Will the Second Baby Come Earlier?

There’s a lot of folk wisdom around pregnancy and childbirth, and a common refrain is that the second baby will arrive earlier. But is that really the case?

It was for Laura B., mom to a 2-year-old and a 5-month-old. “My first was a scheduled induction at 41 weeks,” she recalls. “I had everything prepared, my parents were able to meet us at the hospital, and my husband and I had a nice breakfast before going in.” As a result, it was a big surprise when her second baby arrived six weeks early. “My water broke at midnight, and I threw some clothes in my purse and went straight to the hospital,” she says. “My husband had to stay home with my 2-year-old, as it was too late at night for anyone else to come.”

The truth is, though, there’s really no predicting when you’ll go into labor, whether it’s your first time or fifth. If you’ve experienced very preterm labor before, it increases your chances of another preterm labor, Bartos says. But if your first child was full term or even a few weeks early, there’s no indication that the second will come sooner. “In fact, babies love to surprise their mothers and then sometimes come late!” she says. “The initiation of labor is a very complex process and doesn’t always follow a pattern.”

I believe it. Although my second son was only five days late, each day that passed after my due date (and, if I’m honest, even the weeks leading up to it) felt like torture because all signs had pointed to an early delivery. When a blizzard blew into town on my due date, my mom came to stay for a few nights while my midwife hunkered down at the hospital, just in case. But I didn’t have a blizzard baby. He came on his own time.

Will the Second Labor Be Faster and Easier?

Probably! The advice for first-time moms is typically to labor at home until contractions are regular and close together, but doctors and midwives often encourage women to get to the hospital much sooner with subsequent pregnancies, since things tend to move more quickly the second time around. “The rule of thumb I use for patients for subsequent pregnancies is usually half the labor time, half the pushing time,” Bartos says. “It’s just like riding a bicycle! Once you’re ready to push, those muscles have memory of what you did last time, so often you’re pushing efforts are better because there’s no ‘learning time.’” While most of the time, the second childbirth is a much easier process, Bartos says, it’s never guaranteed: There’s always the possibility that baby is bigger or in the wrong position, a complication might arise, or things just don’t go as expected.

Britni D., mom of a 3-year-old and one-year-old, readied herself for a long labor the first time around. Turns out, by the time she got to the hospital she was already 5 centimeters dilated and had her baby less than three hours later. She figured childbirth the second time around would be quick but wound up laboring for 14 difficult hours. “I feel like I had my second labor first and my first labor second,” she says.

Candice Q., mom to a 12-year-old and a 4-year-old, also had two wildly different birth experiences. The eight-year gap between her kids “felt like resetting—even if I was a bit arrogant to think I already knew a lot.” While her first was an uneventful c-section, she was on bed rest for part of her second pregnancy, delivered earlier than her scheduled cesarean, and her baby had to spend 10 days in the NICU because of a lung infection. “Nothing went according to plan,” she says. “I might as well have been a first-time mom!”

But there are also lots of stories of babies practically flying out with later pregnancies.

“My first childbirth—and recovery—experience was awful and stressful, starting with a 10-day-late baby and ending with an episiotomy,” recalls Laura S., mom of a 4-year-old and 2-year-old. “My second was a dream… He came out in a flash in what was a beautiful, super mellow birth, and recovery was so much easier and quicker.”

Nina P., mom to a 5-year-old and a 2-year-old, had a similar experience. “I was a week early with my first and was determined to have an unmedicated birth. But labor lasted 23 hours, and I finally got an epidural,” she says. “With my second, I decided to get the epidural right away—but that labor was so fast, my second was born about 30 minutes after I got to the hospital. A world of difference!”

I thought my first birth was actually pretty easy—that is, until I was laughing and joking with the midwife and nurse in between pushes the second time around and realized just how breezy the childbirth experience could be (of course, I was blessed with two uneventful births, but many are not so lucky). While my first labor progressed very naturally (water broke, contractions started), my second labor went at its own pace. I dropped my son off at school, checked in with the midwife and learned that I was already 4 centimeters dilated. I continued with my day. That night, contractions woke me in the middle of the night, and within an hour I was in a hospital room. This time around, the midwife broke my water when I was in the middle of active labor. The baby didn’t exactly come flying out (his umbilical cord wrapped around his neck), but it took less than an hour of pushing, and the pushing came more naturally, thanks to having gone through it all before.

Just like you can have two children with dramatically different personalities, birth experiences can vary greatly each time, and there’s really no predicting it. The muscle memory is there to (at least theoretically) make things go smoother the second time around, but babies like to keep us on our toes. In the end, you never know what you’re going to get.

Kerri Walsh Jennings Is Planning Another Natural Birth — Would You?