For women who want a drug-free labor, this could be a big help.
Save article
ByLaurie Ulster
Contributing Writer
PublishedSep 2019 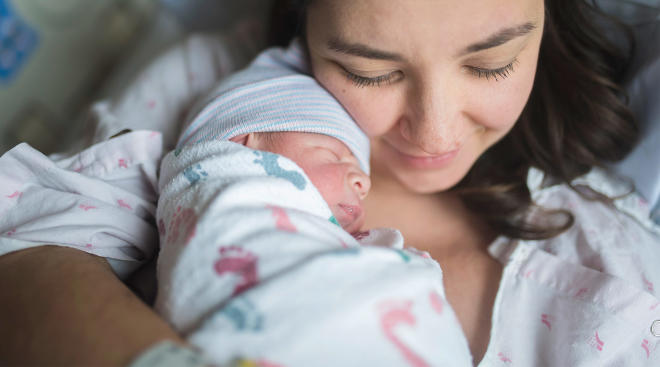 There’s a new option on the table for women who want to deliver their babies without epidurals or other medications: virtual reality.

Lorna Massov, a Victoria University of Wellington PhD student from the School of Nursing, Midwifery, and Health Practice in New Zealand, is researching how virtual reality (VR) technology can help women in labor to manage their pain.

"There are many other methods used to help with drug-free labor, and I thought virtual reality would fit in well with this suite of techniques as it has previously been used for pain management in other areas,” she said in an article published by the Victoria University of Wellington. “Labor can be long, and you can get tired of using the same pain management techniques. Visualization is a very powerful tool that can take patients to their ‘happy place’ and help them relax and manage their pain.”

For her study, she recruited a group of pregnant women and had them use a VR headset to get comfortable with it. They then wore it during both the early and active stages of labor for 10-minute intervals. Massov had them assess their pain levels as well as measured their pulse and blood pressure, which are indicators of stress on the body.

The results? Many women reported that the VR experience helped them have a positive birth experience. While it didn’t reduce the actual pain, it was successful in distracting them from it, which ultimately helped them manage the pain. The most popular VR experiences were nature and underwater scenes, but the women said that most of the scenes that were available to them were too short, especially considering how long a labor can go. Still, most of them said they would use it again and recommend it to their pregnant friends as well.

It’s not the first time immersive VR has been studied as potential pain management. A report published earlier this year in the American Journal of Obstetrics and Gynecology also found that it “has been shown to be a valid, non-pharmacologic method to treat pain and anxiety.” And while statistically the women who participated in the study had similar levels of pain as those without VR, subjectively their experience of that pain differed: 77 percent of the women said it helped them feel less pain while in labor and that they would use it again.