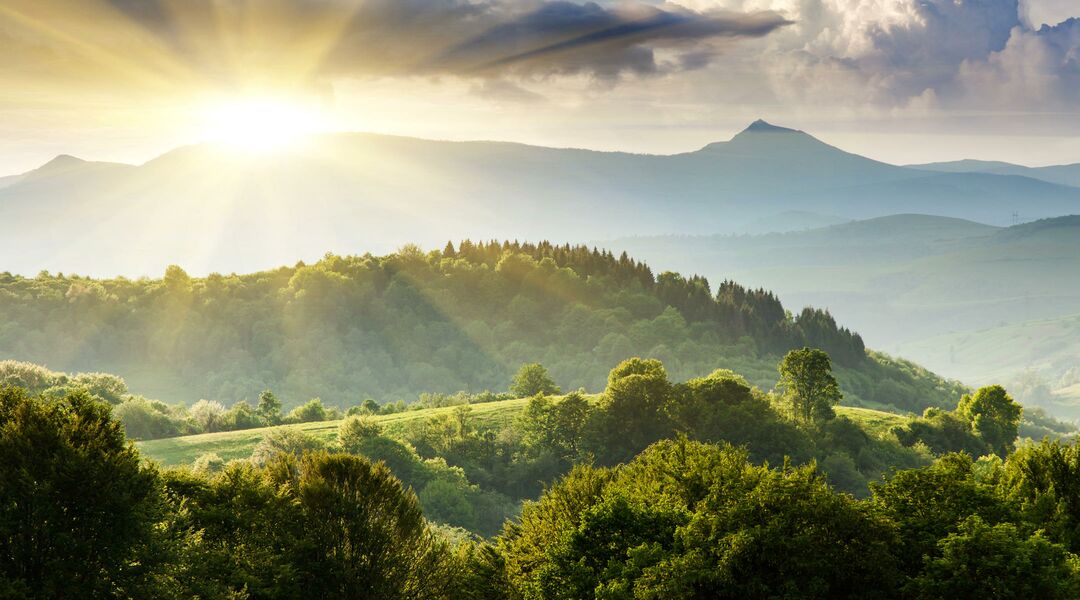 On the Farm: Talina Norris-Ryder

When Talina Norris-Ryder first started prenatal appointments with her ob-gyn, there was one word she heard again and again: “can’t.”

Norris-Ryder doesn’t like being told what she can — or can’t — do. So she started investigating home births and midwives. But in Indiana, tight regulations ban midwives from practicing in hospitals, and her husband was skeptical of a home birth. Research led her next to the Midwifery Center at the Farm, a natural childbirth oasis created by Ina May Gaskin, arguably the most popular midwife in America.

Located in Summertown, Tennessee, the Farm is a three-hour drive from Norris-Ryder’s home in Evansville, Indiana. But after meeting her midwife, Norris-Ryder had no doubt that it was the place where she wanted to become a mother.

Norris-Ryder’s husband, Nathan, wasn’t so quickly won over. He asked the technical questions: Was childbirth at the Farm safe? What did they do in case of an emergency? After seeing that the Farm had neonatal resuscitation equipment, oxygen and the ability to deal with hemorrhaging, he finally agreed. What helped, too, was knowing that two-thirds of the $5,000 total cost would be covered by their health insurance.

Everly was born on the Farm in 2009. Norris-Ryder arrived two weeks before her due date, and when her water broke, she walked from the cabin she was renting to her midwife’s house next door. “Come now,” she said. “I think the baby’s coming.” In the early stages, she tried to rest, sleeping when she could and listening to meditational music on her iPod. When it came time to push, midwives had Norris-Ryder move around until she found the right birthing position.

“They said, ‘Here’s the birth stool. Hang from the door handle. Do this. Do that,’” Norris-Ryder recalls. When she got on her hands and knees, the baby crowned very quickly. So quickly, in fact, that Norris-Ryder experienced a fourth-degree perineal tear. “There was some pain afterward, but I didn’t really feel it in the moment,” she says. Because muscle was involved, the tear was deeper than the midwives could suture themselves. Norris-Ryder was transported to the local hospital. She nursed her baby while being stitched up.

Everly’s birth was intense, and there was a risk she’d tear again with a second baby. But the Farm had given Norris-Ryder what she wanted: control over her birth experience. So what did she do two years later when she had her second baby? She headed back to the Farm. And this time, she live-streamed Adalyn’s birth on her website.

“People didn’t understand the Farm the first time around, my family included,” she says. “They were very weirded-out about it. Why would we go again? I was like, ‘You guys really just don’t get it.’ I really felt people needed to see. Unless you have a crazy medical condition, birth is not an ordeal that needs to be overseen. Animals have babies all the time. People don’t typically die in childbirth. I think that when we expect things to be complicated, then they do get complicated.”

The second time, Norris-Ryder labored on her back and on a bed, and because she had bad back labor, it was very painful. She tore again during delivery, but this time only to the second degree. When the baby crowned, one of the midwives woke two-year-old Everly, who was in the next room. “She sat in bed with me” while her sister was being born, says Norris-Ryder.

“The Farm was an awesome experience,” says Norris-Ryder. “They do amazing things out there.”

If childbirth has a cliche, it’s the screaming woman writhing in pain, begging for drugs and cursing her baby’s father. It was everything Jaiya Ma didn’t want when she gave birth three years ago. In fact, she wanted the complete opposite. And so she planned for an orgasmic birth.

“For me, orgasmic birth is about bringing my baby into the world with pleasure, as opposed to pain,” says Ma, who is a sexologist by profession. “I had this idea of using the pain threshold and switching it from pain into more of a pleasurable experience.”

How did she achieve this? First was the setting. She chose to labor outdoors in a Jacuzzi tub, staring out at the Topanga Canyon and mountains that are the backdrop to her California home, the winds blowing and the horses watching nearby.

Second was the training — for her partner. “I spent nine months training my guy,” she says. He was to be her emotional rock, remaining connected with her during the labor through kissing, talking and eye gazing. He’d also be doing nipple and clitoral stimulation.

Next and most important, Ma focused on preparing herself for an orgasmic birth. She belly danced, had chiropractic care throughout (to ensure the baby’s head stayed in position, she says), ate well, did a lot of journaling and studied up on how to use oxytocin, the hormone associated with both labor and orgasm, to create a pleasurable birth experience.

Ma’s 20 hours of labor did not equate to a 20-hour-long orgasm. But she did have orgasmic moments, one of which occurred as the baby was born and another while she had the intense contractions of second-stage labor.

By the time Ma was ready to deliver Eamon Kai, night had fallen and temperatures had dipped, so she had to move inside. While she had a perineal tear during delivery, she didn’t feel pain. She credits this, as well as her pleasurable birth, to her mental preparation prior to labor. She never let her mind associate birth with pain.

“If you want an orgasmic birth, don’t watch videos of women in horrible pain,” says Ma, who has a video explaining the how’s and why’s. “Surround yourself with videos of orgasmic birth. Reframe it psychologically. Get your partner involved. And the biggest thing is to really get in touch with your own pleasure. Get in touch with your orgasms. And you have to have an open relationship with your partner so that you have that communication and comfort.”

When contractions woke Lia Reilly at 7 a.m. on a chilly January New England morning, she had a good idea of how she’d be spending her day. She asked her husband, Michael, to take the day off work. Knowing his wife labored best when she was alone, he took the couple’s two boys out to the grocery store.

With transcutaneous electrical nerve stimulation (TENS) pads strapped to her back (they deliver electrical impulses that blunt pain), Reilly started her day. She frosted a chocolate cake. She started filling up her birthing tub with water. Each time she felt a contraction, she used one of the Hypnobabies relaxation techniques she’d been practicing for months. She felt pressure waves, not pain.

At about 10:15 a.m., with her husband still not home, Reilly was becoming curious as to whether this labor was the real deal. So for the next contraction, she didn’t use any of her pain-coping techniques. The pain erased all doubt. The contractions started coming closer and closer together. Reilly continued filling the birthing tub.

Minutes later, Michael returned home. Reilly checked her own cervix but felt only the bag of fluid. Thinking she must be close, she got into the tub. Her water broke. Her sons, Nathan, 5, and Quinn, 3, circled the tub, occasionally peeking in to see if there was a baby yet. The pain intensified as the baby started to crown. Next came the shoulders, and with one big push, the baby was out. Reilly noticed that the cord was wrapped once around the baby’s neck, so she calmly uncoiled it and lifted her baby up to the surface. At 11:13 a.m., Lilliana was breathing but didn’t cry. “Welcome, little girl!” Reilly exclaimed.

With labor over and Lilliana nursing peacefully, Reilly decided it was time to call the midwives. Once they arrived, she delivered the placenta. They weighed and checked Lilliana. She was perfectly healthy.

“I’ve been using the term ‘unassisted birth,’ which is what people are familiar with,” says Reilly. “But ‘family birth’ describes the experience a whole lot better. ‘Unassisted birth’ sounds like this crazy thing that you do to be different from everyone else. That’s not the motivation for choosing it. That’s not the way it felt when we were going through it. It really just was this nice family experience.”

The first two births weren’t as peaceful for Reilly. With Nathan, she had planned for a natural water birth at a hospital. But exhaustion won out, and she wound up getting an epidural. With Quinn, she had a home birth with midwives, but even that fell short of her expectations.

“With the midwives, there was a level of commotion and lack of peacefulness around me,” says Reilly. “There were other people rushing in and setting up. I did start to feel really uncomfortable at the end.”

What Reilly realized through that experience was that “my body works best when I’m left alone,” she says. So when she became pregnant with Lilliana, she found a midwife who supervised her prenatal care, would be on standby in case anything unexpected happened and agreed to come to the house after the delivery.

Reilly was extremely confident up until the moment when Lilliana crowned. “There’s that surge of adrenaline that kind of kicks your body into gear to get that baby out, and that told me, ‘Oh my God, what are you doing? There’s no midwife here!’ And, then she was born.”

While how and where to give birth are very personal choices, the American Congress of Obstetricians and Gynecologists asserts that a hospital is the safest place, pointing to research that shows a two- to threefold increase in the risk of newborn death for babies delivered outside of a medical setting. But Reilly, who is a doula and currently training to be a midwife, doesn’t regret her choice.

“After my daughter was born, I remember thinking, ‘Wow. That was exactly what I was hoping for,’” says Reilly. “I can’t believe how it worked out that way.”