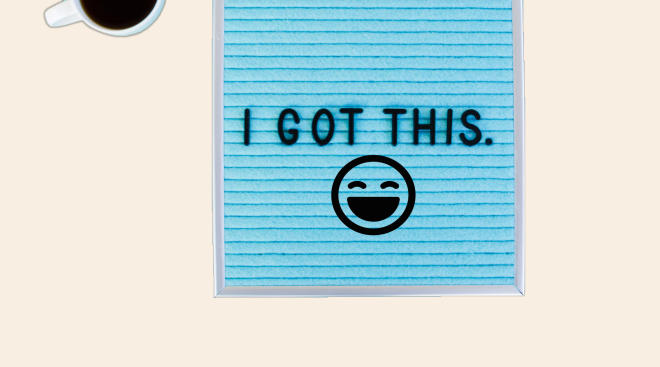 Laura Mazza, the Australian blogger behind Mum on the Run, is known for keeping it real. She’s tackled critical parenting topics such as mom shaming, playground etiquette and farting in yoga class—and now, in a truly LOL-worthy post, she’s added that dreaded first postpartum poop to the list.

“A lot of people have said that all mummy bloggers do is toilet talk and speak about their bodily fluids,” Mazza writes. “Well, ladies and gentlemen, I’m here to tell you, this post is no different.” Yep, she’s going there.

“While I was in hospital for the ejection of ‘the womb raider,’ I was asked constantly if I had passed gas,” she goes on. And this is pretty common; a lot of doctors like for their c-section patients to do this before they they discharge them from the hospital post-birth. But Mazza wasn’t having any luck.

“My answer was always no,” she says. “I mean, if you knew the smells I could produce, you wouldn’t say this is a bad thing. But according to hospital staff, it was. I don’t know why, I never asked. Not even when the doctor informed me that, because I hadn’t tooted from my brown fruity, I would be restricted to a clear liquid diet. YA JOKING ME? After one meal of broth that tasted like dirty water, I knew I wouldn’t be able to take it. So I tried so hard to let a Gary Busey out, but my stomach muscles failed me. I couldn’t even cough to save my life, let alone do any anal audio.”

The next day, in an attempt to get back on solid food, Mazza asked the nurse for something else that might get things moving, and she was given two pills and a liquid drink.

“Somewhere between 3 and 5 a.m. I let out a butt salute,” she recalls. “It was so loud and hard it vibrated my cheeks and woke me up. I immediately pressed the buzzer and told them what I had done.” That meant she was able to start eating “the good stuff” like jelly and custard again (hooray!), but unfortunately, it still took things a while longer to—how shall we say?—make their exit.

In the meantime, Mazza was stuck farting. For 12 hours. And the smells got so bad and Mazza was so embarrassed that, at one point, she blamed the unpleasant aroma of her room on her newborn baby.

“I was desperate,” she explains. “I even had one nurse sympathetically say ‘Oh yeah, they can really be smelly.’ We both knew who was really responsible for the tear gas steamers. But bless her soul, she tried to make me feel better.”

Eventually, Mazza requested more medication to help speed things up. And sure enough, in the middle of the night while she was breastfeeding, her stomach started growling. She tried to put her son down so she could go to the bathroom in private, but he instantly started crying. At the same time, signals from Mazza’s stomach were reaching dangerous levels. So, not wanting to bother the nurse who’d been caring for her and her newborn (and therefore smelling her constant farting), she made a choice.

“I knew what I had to do—what I said I never would do,” Mazza writes. “I had to bring him to the toilet, and I had to take a sh/t while feeding him. No funniness, no smart-arse words here. You don’t sh/t where you eat! Everyone knows that. But alas, I was gonna breastfeed and take a sh/t and there was nothing I could do.”

Her post offers more specific details about what happened next, if you’re interested. But for now, we’ll just say that things moved quick and dirty. After cleaning up the toilet and herself, Mazza opened the door “feeling 10 pounds lighter.”

Mazza’s post, which has received over 1,700 likes and hundreds of shares and comments, struck a nerve with followers.

“Reading this at 4:30 a.m. in bed, husband sleeping, I’m trying to not laugh but my body is shaking!!” one woman writes.

“I remember that sh/t,” another says. “My mother-in-law kicked me out the house after I had my daughter because of this. Was no longer allowed to fart inside, they were that bad.”

“I’m laughing so hard I’m crying,” a third fan comments. Yep, so are we.

Want to know what to expect for that first post-delivery bowel movement? If Mazza didn’t tell you enough, you can learn more here.