Yes, it does vary a little based on generation.
save article

For many parents, figuring out what to name baby is no walk in the park. Expectant parents can often spend hours picking just the right name for their little one—and often that process involves drawing on inspiration.

A recent study conducted by Tickpick, an online ticket marketplace for consumers, analyzed the Social Security Administration’s Baby Name Database to find out just how many parents had named their kids after a pop culture icon. They conducted two surveys, one of 560 people who didn’t yet have children but planned to, and one with 316 people who already had kids and didn’t plan to have anymore. 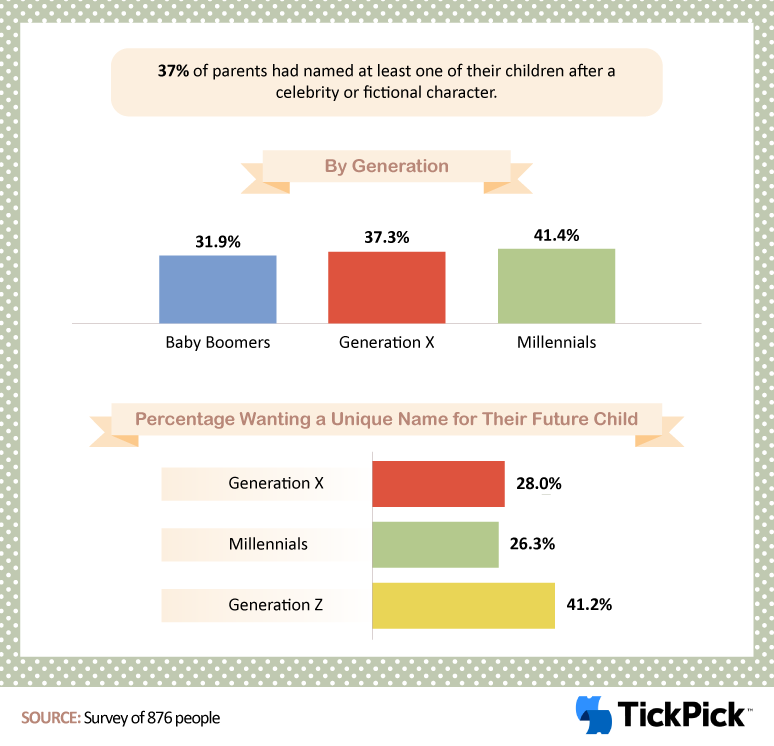 It also found that 69.2 percent of parents wanted to name their children after favorite athletes, 61.5 percent after favorite musicians and 67 percent after favorite actors. According to the research, in recent years there have been spikes in a name’s popularity in accordance with the release of a popular album or song. For example, in 2008, both Taylor and Rihanna increased in popularity. This was also the year Taylor Swift released her album “Fearless” and Rihanna released her song "Good Girl Gone Bad.” However, the data also revealed that many parents—28 percent of Gen X, 26.3 percent of Millennials and 41.2 percent of Gen Z—want a unique name for their future child. 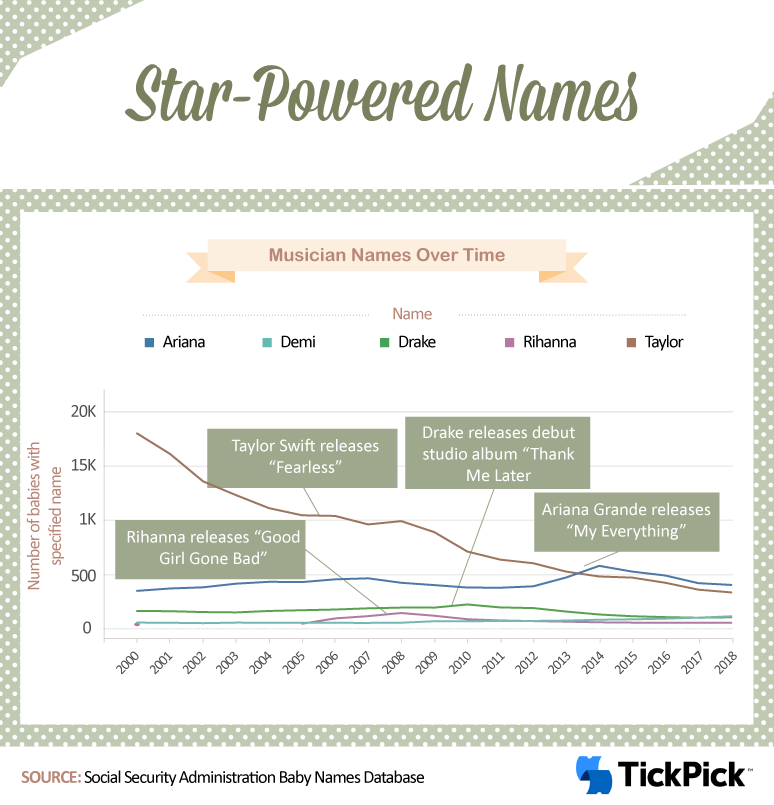 So which pop culture icons are favorites when it comes to baby names? In terms of fictional characters, only 23 percent of Game of Thrones fans said they definitely wouldn’t name their future child after any of the characters. Arya was the leading choice at 40.4 percent, followed by Jon Snow at 26.9 percent. Similarly, three-quarters of Harry Potter fans said they would consider naming their future children after a character from the series. Most often, their hypothetical child would be named after Hermione Granger (38.8 percent), followed by Harry Potter (34.5 percent) or Luna Lovegood (32.9 percent). 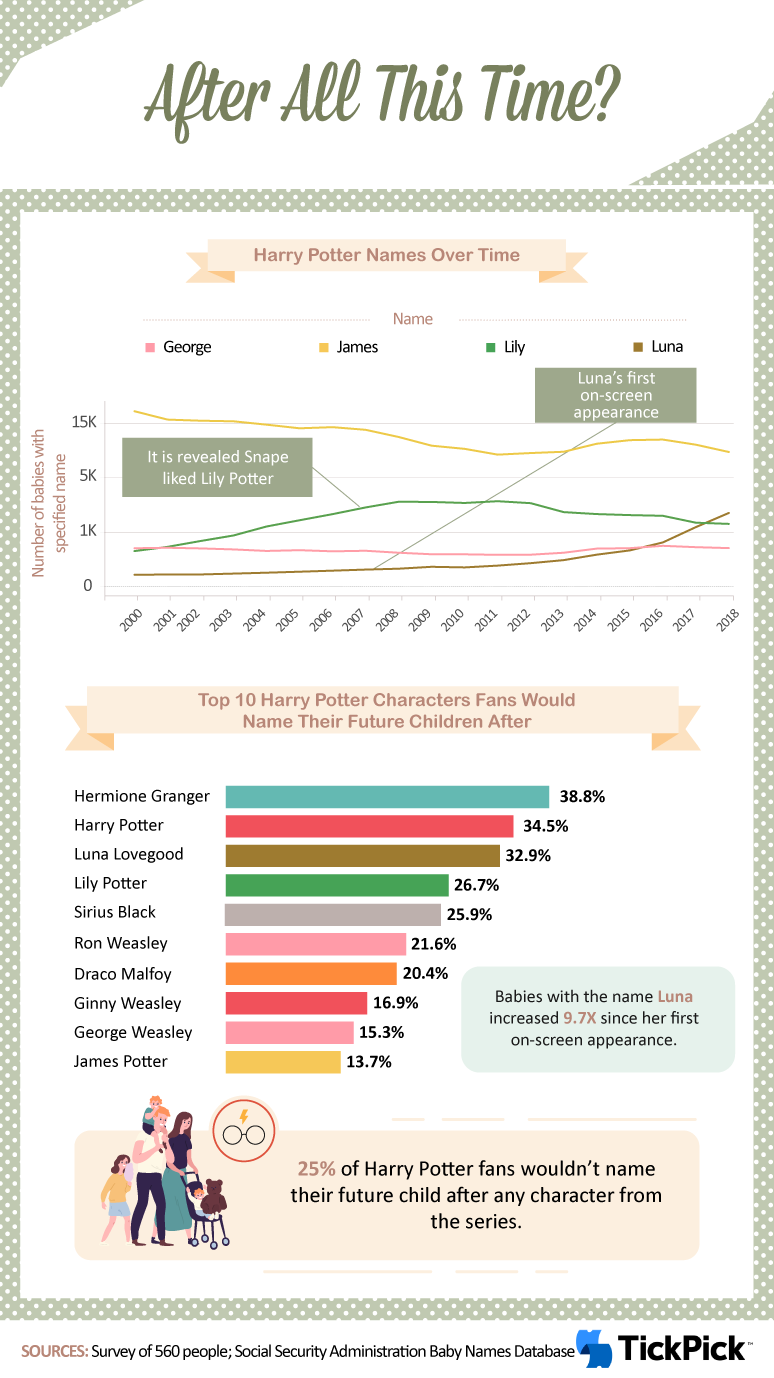 When it comes to athletes, musicians, and actors, see below for the top five names in each category.