Wondering if Music Therapy Works? the Proof Is in This Video 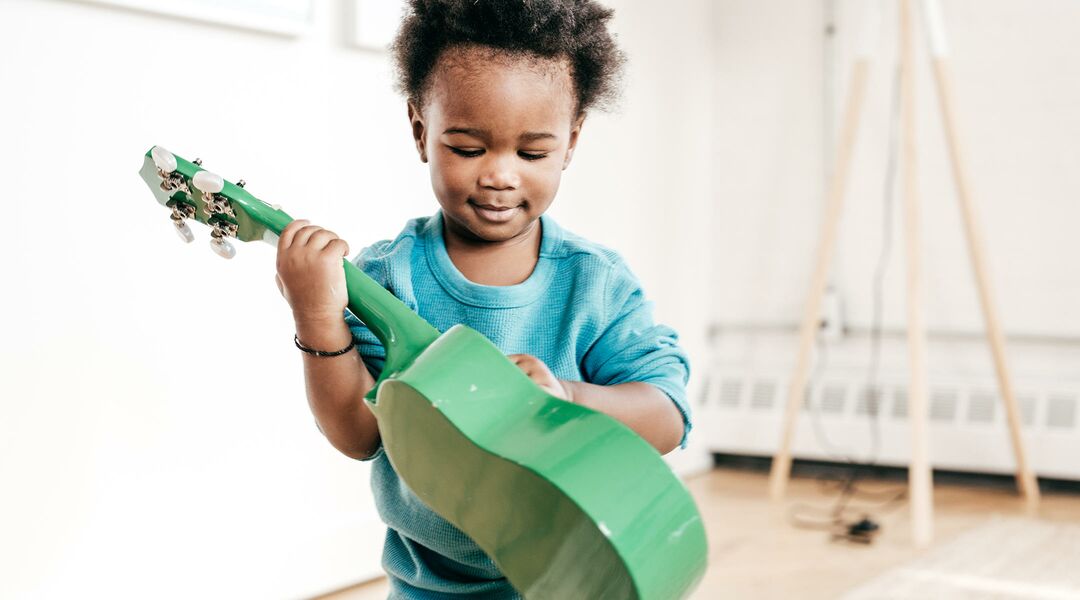 Study after study has demonstrated how helpful music can be for baby. It can steady vitals of NICU preemies. It can offer babies sensory stimulation. And the perfectly-composed lullaby is proven to make baby happier. That information is all well and good. But have you actually seen the benefits of music therapy in action?

Amanda Bowman Gray wants to make sure you do.

“My daughter Lydia was watching Bo while I was in the shower. [I] came out to this,” Gray, a mom of five, writes on Facebook. “If she didn’t have a guitar I don’t know if she would know how to babysit him. This is her go-to. It’s proof that music therapy works. Bo is 25 months old and has a 12-word vocabulary. Every word he has learned has been through music and singing.”

Bo has Down syndrome. And music hasn’t just helped him be more communicative; it has literally saved his life.

Gray explains Bo previously had heart surgery, after which he started going downhill. He was completely nonresponsive for weeks.

“After weeks and weeks (which ended up in months) of being in the hospital in a silent room of the CICU we got special permission to bring a guitar in and sing to him in hopes that it would comfort him, as they believed that he could still hear us even though he couldn’t physically respond,” Gray says. “This was the first time that he moved as he reacted to the familiarity of the song and our voices…from then on this has become his theme song.”

Needless to say, the family members are all firm belivers in music therapy.