“It’s important to allow mothers the option to have their kids with them when they compete. If a child is under 1 or 2, they might still be breastfeeding, so that’s a huge piece of it.”
save article 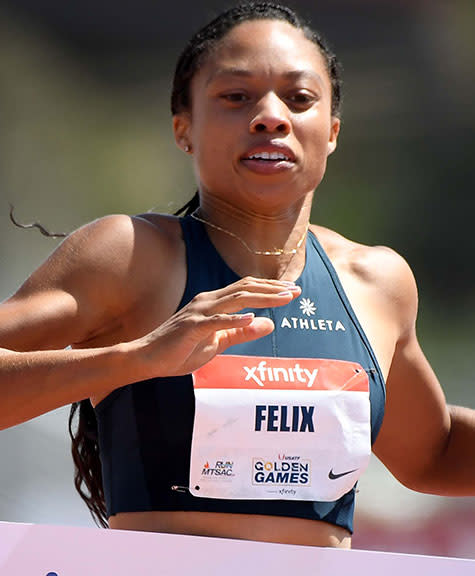 U.S. marathoner Aliphine Tuliamuk is scheduled to compete in this summer’s Tokyo Olympics. She won the marathon during the 2020 trials in a little over 2 hours and 27 minutes. But, while she’s a pro-athlete, Tuliamuk is also a new mom—and she’s worried about how she’ll handle her two roles for the Tokyo Olympics.

Tuliamuk has been scheduling her training around her 4-month-old daughter Zoe’s breastfeeding times. The mom and daughter haven’t been apart for more than three hours at a time, and Tuliamuk is scared to leave her for a prolonged period of time to compete in the Olympics. “If I’m going to perform my best, she’s going to have to be there with me—and I hope she will be,” she said in a recent interview, according to The Washington Post.

The caveat? The International Olympic Committee (IOC) and Tokyo Olympics organizing committee issued a ban on foreign spectators in March due to COVID-19. While prior Olympics have seen little to no issues with bringing caregivers, partners and children to the games, due to the pandemic and fears of a “superspreader event,” the organizers are placing strict restrictions on who can and can’t attend. Right now, family members are not permitted.

Tuliamuk has filed a petition to see if she can bring her fiancé Tim Gannon and Zoe with her, but, as the opening ceremonies approach in less than 10 weeks, she still doesn’t know the status of its approval. “I am still nursing Zoe and cannot imagine her not being with me,” she told the outlet.

Sadly, Tuliamuk is just one of the mom athletes that are being forced to potentially keep away from their kids. Serena Williams, who’s daughter Olympia is 3 years old, also stated she would likely not go to the Tokyo Games if she couldn’t bring Olympia. Soccer player Alex Morgan is mom to one-year-old daughter Charlie and is hopeful she will be able to come to Japan. “It’s important to allow mothers the option to have their kids with them when they compete. If a child is under 1 or 2, they might still be breastfeeding, so that’s a huge piece of it,” [The Washington Post] reports her saying during a conference call.

Allyson Felix is a track star and a nine-time Olympic medalist, but this will be her first one since giving birth to her daughter Camryn in November 2018. According to the outlet, while she would love to have her daughter with her, she believes, with the restrictions caused by the pandemic, moms with babies should have the priority, particularly breastfeeding moms.

“As stated by the Japanese parties in their conclusion not to allow entry into Japan for overseas spectators for the Olympic and Paralympic Games Tokyo 2020, based on the present situation of the pandemic, it is highly unlikely that entry into Japan will be guaranteed this summer for unaccredited people from overseas,” a statement issued by the IOC said. “National Olympic Committees (NOCs) are responsible for the composition of their delegations at Games time and the IOC is aware that a small number of them have been dealing with requests from athletes to bring their children on a case-by-case basis.”

What does that mean? That the U.S. Olympic and Paralympic Committee would have to take someone on the list—officials, coaches and medical staff—off the list to accommodate requests to add children and partners.

Jon Mason, senior director of communications for the USOPC, told The Washington Post requests like Tuliamuk’s are being handled on a case-by-case basis. The outlet reports, if the requests are approved, the babies will have to undergo the same strict COVID-19 testing, which would include several negative COVID-19 tests throughout the Olympics. But Tuliamuk is ready to follow the rules if it means Zoe can go with her. “I’m grateful to know everyone is working really hard to help make this work,” Tuliamuk told the outlet. “I’m just not ready to leave her behind.”

It’s World Breastfeeding Week: Here’s What You Can Do to Support Parents
ADVERTISEMENT

Where to Shop for the Best Nursing Tops and Dresses
ADVERTISEMENT
Article saved.Go to My Saved Articles
Article removed.
Name added. View Your List