Dads Are Quicker to Check on Baby Than Moms, Study Finds

Over one in three men reported checking baby’s monitor at least once per minute.
ByNehal Aggarwal
Associate Editor
PublishedDec 2019 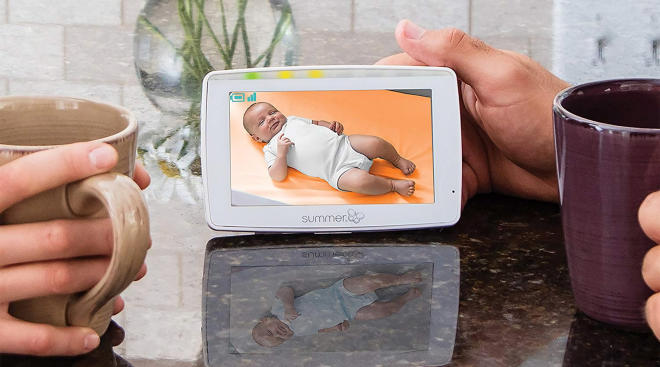 It’s common for new parents to constantly worry about baby, and they often do everything in their power to ensure baby is as comfortable as possible. Now, a new study is finding that, when it comes to checking baby’s monitor, dads are quicker to act than moms—even when baby isn’t crying.

The national study was conducted by Full Spectrum Insights, and funded by Summer (previously Summer Infant), a baby care brand that sells video monitors. It surveyed 1,000 parents with kids under the age of 2, 83 percent of which confirmed using baby monitors.

Of the 83 percent, over one in three men reported they checked the monitor very frequently—at least once per minute, compared to one in four women. Some women (35 percent) also admitted they only checked the monitor when they saw or heard baby crying, as opposed to 25 percent of men, the study found. The study also found the reaction time in checking on baby after hearing or seeing them crying was slower for parents who had more than one child.

“These results were extremely surprising to us,” Jen Johnson, Summer’s vice president of brand marketing, tells The Bump. “We talk a lot about screen time, and dads seem to be as glued to their baby monitors as their phones!”

The study is part of Summer’s Caught In the Act project, in which the brand is partnering with digital artist Stephen Crowley. Crowley went viral two years ago for Photoshopping his daughter, Hannah, in worrying situations. At the time, Hannah was undergoing treatment for an immune disorder, Hemophagocytic Lymphohistiocytosis, and Stephen used humor and his digital skills to help his family cope.

As part of the project, Summer is inviting parents to share the funny moments they’ve caught on their little one’s baby monitors. Plus, Summer will match 10 percent of its Baby Pixel Zoom HD monitor sales on its website to Be The Match, the bone marrow registry that helped save Hannah’s life.