Nothing beats a bouquet of roses for mom on Mother’s Day!
save article

Mother’s Day is almost here! After the year they’ve had, moms deserve a day (but really more) of all-out pampering now more than ever. Breck’s, a mail order flower and gardening company, conducted a study looking at which flowers were searched for most leading up to Mother’s Day, as well as surveyed 700 moms across America to find out what they wanted most this Mother’s Day.

They found that the most popular Mother’s Day flowers were roses, as they were the most searched for in 18 states. The second most popular were gardenias, cyclamen and poppies. Some unique flower choices were also found to be crocuses (for Hawaii and Kansas) and tulips (for Michigan and Indiana). 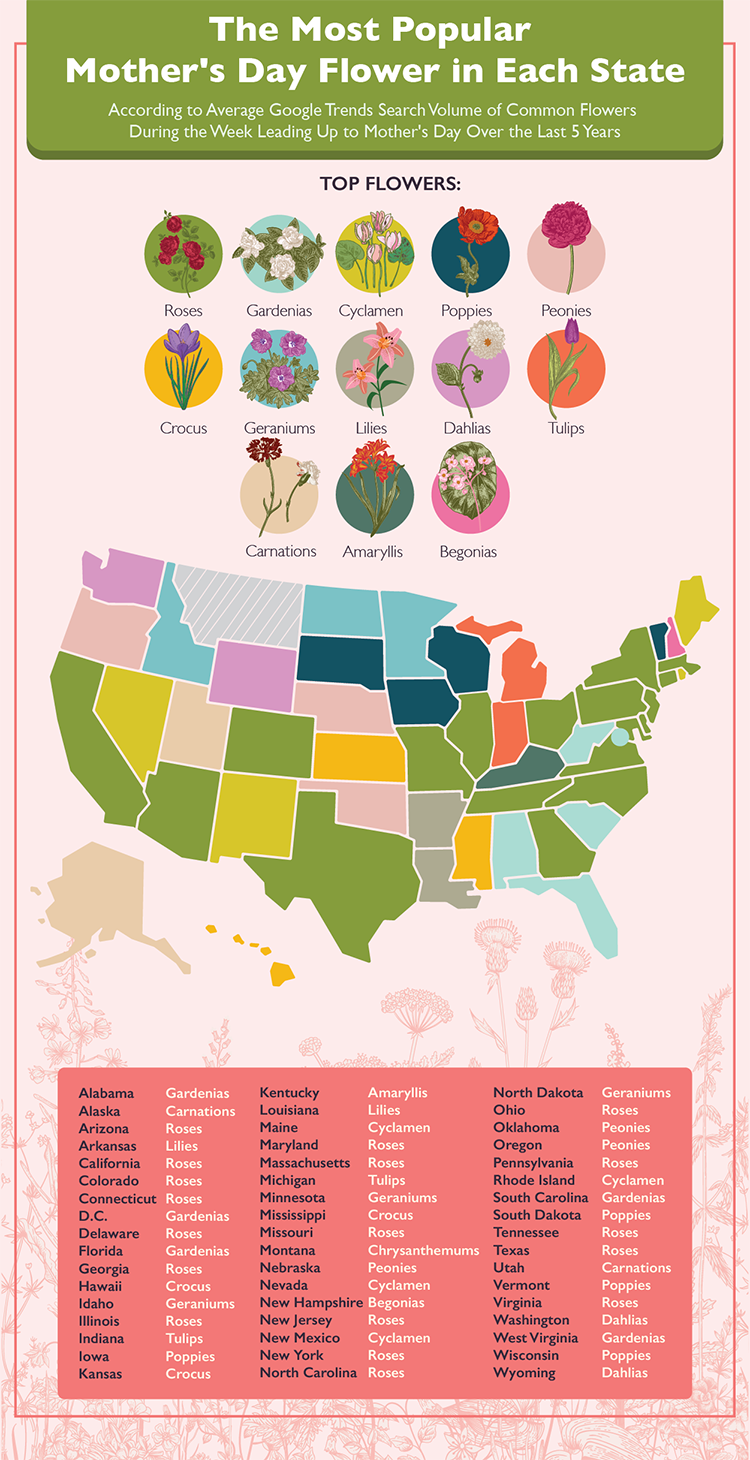 In terms of the types of flowers moms said they wanted most, the majority said roses. Some also said sunflowers, which did not appear in the most-searched for flowers prior to Mother’s Day. Below, their findings for the flowers moms want most for the holiday.

In terms of cost, the survey found the average amount of money spent on a Mother’s Day gift was $67.92, while the average amount spent on Mother’s Day flowers was $41.43. For what moms wanted most overall as a gift, 58 percent of said they prefer a store-bought gift over a homemade gift. The top answers for the type of gifts moms want were flowers, plants, gardening wares (56 percent), food and wine (52 percent) and clothing, jewelry or accessories (49 percent). For a Mother’s Day experience, the majority of moms said they want a night out with dinner and a movie, but some also said they would enjoy a spa day or a group vacation.

Still on the hunt for the perfect gift for the moms in your life? Check out our top gifts for new moms and some virtual gifting options for the ones who may be far away.