How to Deal With the Baby Witching Hour

Don’t be scared! A fussy baby at night is totally normal—and we’ve got expert-approved tricks that’ll soothe yours like a charm. 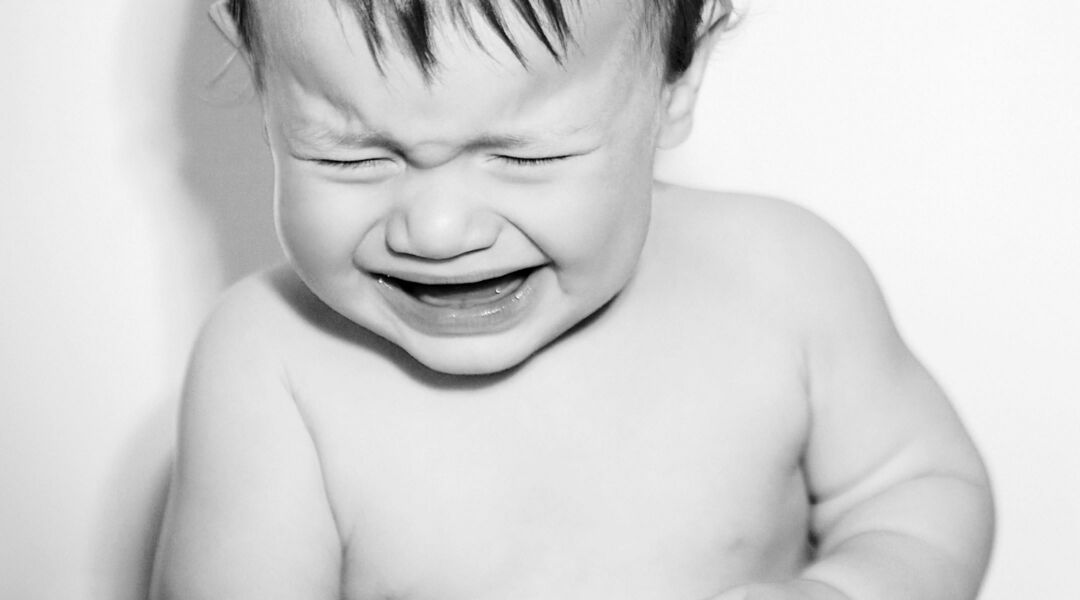 Whether Halloween is around the corner or months away, the witching hour—that chunk of time at night when an otherwise content baby starts fussing incessantly—will undoubtedly haunt many a new mom.

What’s especially scary is that the baby witching hour always seems to coincide with when you’re most tired: It hits when you’re sleeping or just starting to relax after dinner. The good news? If your little ghoul is healthy and doing well otherwise, her witching hour days are numbered—we promise. Read on for tips on how to get through the worst of a fussy baby at night.

What Is the Witching Hour?

According to European folklore (and Shakespeare, who wrote about “witching time” in Hamlet), the witching hour was coined for the hour between 3 a.m. and 4 a.m. when the Catholic church didn’t have any prayers or services going on—an optimal time for evil spirits to materialize. While the phrase can be used to describe any random span of bad luck, it lends itself really well to newborn babies, older than 3 weeks of age, who get fussy at a certain time of day on a regular basis for seemingly no reason. (Newborns just a couple of weeks old haven’t learned their day/night cycles yet and so aren’t prone to a specific witching hour.)

“From a medical point of view, the idea spans a few different things,” says Andrew Bernstein, MD, a pediatrician in private practice in Evanston, Illinois. It could apply to a baby with colic—defined as a baby, usually 3 to 12 weeks old, who’s thriving but is crying for more than three hours a day, more than three days a week and for at least three weeks. The time of day a colicky baby tends to act up can be referred to as the witching hour.

When Is the Witching Hour?

There may be some colicky—but otherwise healthy—babies who cry for an extended period of time at any point in the day, but typically the breakdowns happen in the evening after dinner, between 6 p.m. and 10 p.m. That’s when babies are extra tired, but because their nervous system hasn’t fully matured, and they don’t know how to put themselves to sleep, they lose it.

The evening is also when most significant others are coming home from work, and maybe you’re inadvertently keeping baby up so your partner can be with him. Remember that infants are hypersensitive to all the new sounds and activities going on around them—the crying is sometimes a sign that baby just wants to be wrapped up and held close.

Breastfed babies may have an additional reason to cry during the evening witching hour: “Your prolactin levels drop, [so] you’re making less milk,” says Meigan Alexander, a certified lactation consultant and owner of BettyRuth Baby, a new-mom concierge service in Charlotte, North Carolina. When babies want more milk but it’s not coming fast enough, they can get frustrated as the milk release slows down. By crying, “babies are doing what they need to do to get what they need—being upset is a baby’s way of asking [for what they want]; they don’t have another way to express it,” Alexander explains.

When Do Babies Grow Out of the Witching Hour?

There’s not necessarily a specific age when babies grow out of fussing at night, but Bernstein says that after about 2 to 4 months of age, you may have an easier time preventing baby from getting overtired, which, in turn, would eventually ward off the witching hour. At this point, “you can do some sort of sleep training; that’s when babies can start recognizing patterns and start to learn self-soothing,” he says. “At about 6 months old, most babies are happy getting 12 hours of sleep at night without needing a feeding. Part of the witching hour is recognizing that sometimes babies just need to go to sleep around 6 or 8 at night.”

Once you’ve ruled out any medical conditions that may be causing your baby to cry—a protein allergy or intolerance or baby reflux are two common infant ailments—there are some time-tested ways to soothe a fussy baby at night.

• Let baby sleep. Give her the chance to get in as much shut-eye during the day, since an overtired baby has a harder time falling asleep at night.

• Take baby to a quiet, dark room. By limiting stimulation when he’s upset, baby will have an easier time calming down. A white noise machine or app may help too.

• Re-create the womb. Swaddle baby and sway with or rock him. This will feel familiar and comforting to him.

• Nurse baby as much as she wants. Because you’re making milk at a slower pace late in the day, she’ll want to feed for longer before she feels satisfied.

• Start—and stick to—a bedtime regimen. You can start with a bath and end with a book or lullaby. Eventually, baby will come to expect the routine and feel calmed by it.

• Ask for help. Be gracious to yourself—and baby—and ask for support. “Tag team and make sure you and your partner are taking care of each other and each getting time apart from the baby,” Bernstein says. “One parent can go take a walk while the other deals with [baby for] as long as he or she can handle it.” After all, you’re probably a lot better at calming baby when you’re calm yourself.