What It's Like to Be Treated as the Lesser Parent, According to a Dad

It's time to stop talking down to dads. 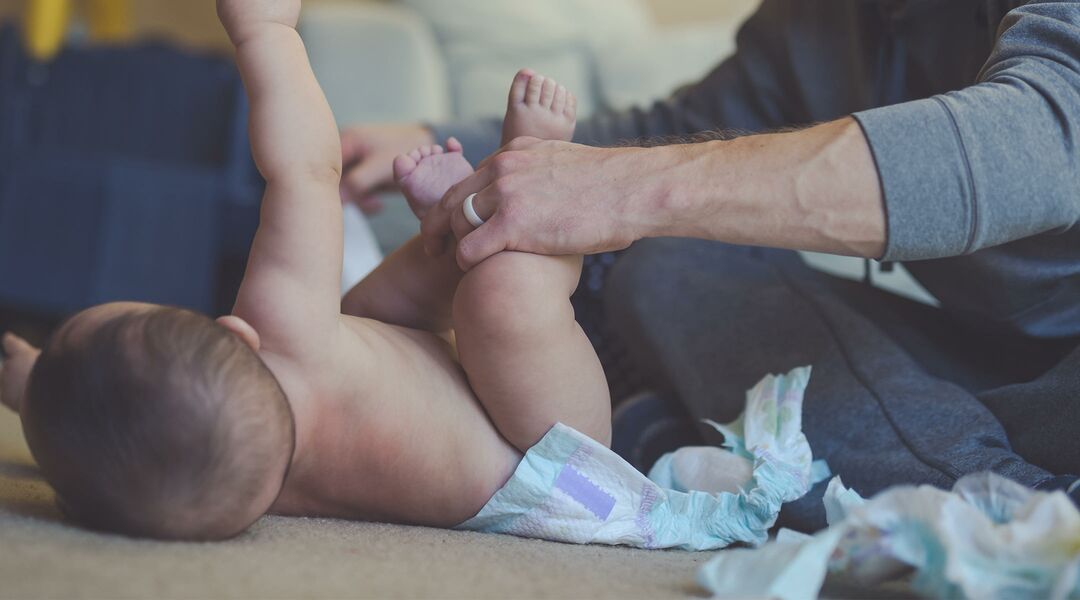 I’m not a babysitter. I’m not a best friend. I’m not the muscle. I’m a dad, and not only can I change a diaper as well as my wife—I choose to. But at most places I go, I don’t even have the option to change my sons because the men’s rooms don’t have changing tables. Even when I can, I know on the way there or back, at least one person will make a condescending comment about how I’m the one doing it. You’d think with twins people would understand that we split responsibilities, but we still have a long way to go.

Since just about the day our boys were born, we’ve received extra notice for having twins. From day one, I’ve gotten used to hearing about how mom has her hands full because of the boys. Sure, raising two boys is an incredible challenge and we do quite literally have our hands full, but both of us have full hands. Just once, I’d like to hear acknowledgment that my life isn’t so easy either. By only acknowledging mom, people are perpetuating the stereotype that mom is the domestic caregiver and dad isn’t as involved because he’s the breadwinner. Neither of these are true in our home.

People naturally assume that fathers are clueless, bumbling dolts when it comes to parenting. My wife is definitely smarter than me and knows how to do things better, but I’ve read just as many books and practiced just as many parenting skills. When someone assumes I can’t do things as well as my wife, or that I don’t know how to do something because I’m a dad, it hurts. I’ve even had one of my kids taken from my hands and passed to my wife when he was crying. Nothing is more disheartening to a new parent who isn’t sure they know what they’re doing than having someone forcibly remove a child from their arms. Thankfully, tough skin comes in handy as a dad, and instead of getting discouraged, I take pride in the fact I’m being more active and involved than the average father when someone is condescending towards me.

The grocery store is ripe for dad condescension. But one of our favorite places to take the boys is shopping at Costco. The huge carts are the only ones we’ve ever seen with two child seats and the boys love bopping around the store together. Once, when pushing them through the store, I pushed another cart out of the way with the cart they were in. As I walked away down the aisle, I overheard the cart’s owner criticizing me for taking such reckless action. “I bet their mother would have never done that,” I heard them say. Actually, my wife probably would have nailed the cart so hard it would have splintered, but that isn’t the point. Again, this woman assumed that I was careless with my boys because I was their dad.

Similarly, you’ll always meet someone who knows how to be a better parent than you at the playground. My kids love playing on the swings. Finding a swing set with two infant seats is like a pot of gold at the end of a rainbow for us. They get so excited they can swing for whole minutes before getting bored. So when I was out walking them alone and they began getting cranky, I was thrilled to happen upon a playground with two swings. When a mother told me that I was swinging them too vigorously, I was incredulous. I really doubt that swinging four feet away is harming my kids, who have monstrous smiles on their faces. Even if it were, isn’t that my concern—not hers?

And then there’s the dad shamers we meet while traveling. Traveling comes with its own special hassles and worries when you bring kids along. My wife and I were seasoned travelers before becoming parents, but everything changed with the boys. On our first flight, we had a tremendously hard time getting them to sleep in the new environment. My wife spent the first hour in the air rocking one of them in the aisle while I did my best to occupy the other and get him ready for bed. We were both quite busy and stressed. When a flight attendant told me that my wife must be exhausted and that the second child “needed his mom” to calm down, I nearly lost it. Instead, I took the opportunity to take a deep breath and focus my energy on getting him to relax and fall asleep on my shoulder.

This last activity we enjoy sharing with the boys is one we know is controversial. We love taking them—and sometimes the dog—to breweries. Breweries are the perfect place to spend time as a family because we can enjoy a beer or two while talking to each other without the TV or phone to occupy ourselves. We can also spread out with some toys and feed the boys without pressure to leave or order more like at restaurants. Some folks, however, don’t see our favorite hangout as ‘good parenting.’ I’ve been told that by exposing our children to people drinking will rub off on them and influence them to be irresponsible. Instead, I believe it’s important they see adults enjoying drinks responsibly, never driving after drinks, and enjoying each other’s company. So I put up with the condescension and the questioning of my ability to parent in order to do things my way.

It’s not easy being a parent, especially a first-time dad. When others assume dads can’t do things as well as mom, or that children just objectively need their mother instead of their father sometimes, it can be very damaging. My advice? Ignore the criticism and do things in a way that best exemplifies the type of the parent you want to be. Don’t let others change that for you.