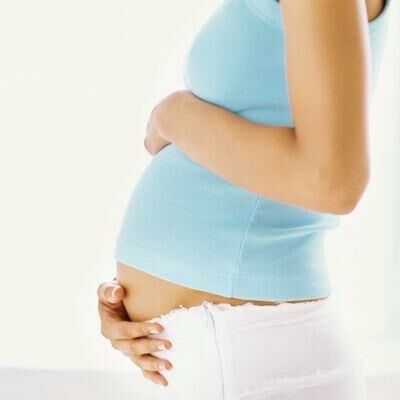 Eating fish during pregnancy : is it a do or a major don’t?

According to the latest research, feasting on fish while you’re expecting could lower a mom-to-be’s risk of anxiety.

The study, published in the journal PLOS ONE, involved more than 9,500 women that the researchers grouped based on their dietary patterns. One group of women was labeled as “health-conscious” and included women who ate mainly fruits, salads, fish and cereals. Another grouping, the “traditional” dietary eaters ate mostly vegetables, red meat and chicken. There was also a “vegetarian” grouping, a grouping of women who ate mostly processed food and a final grouping of women who ate a diet rich in sweets. The researchers followed women that rarely (or never) ate dark or oily fish (like tuna and salmon) and found that they were 53 percent more likely to have high levels of anxiety in their third trimester of pregnancy, when compared to women who ate fish at least once a week during their pregnancies. Also noted in the study is that vegetarian women that followed a strict vegetarian diet were also 25 percent more likely to have anxiety during their pregnancies when compared to women that followed a more flexible vegetarian diet that occasionally included fish and sometimes meat. Researcher attribute the link between higher fish consumption and a lower risk for anxiety to the omega-3 fatty acids found in fish.

At 32 weeks, women involved in the study were asked to complete questionnaires. Those who scored in the top 15 percent were classified as having high levels of anixety.

Study author Juliana Vaz, researcher at the Federal University of Pelotasin Brazil said that, “In order to have a healthy pregnancy, women need to follow a healthy diet, and not something special for pregnancy.” Researchers defined a healthy diet as one that included whole grains, vegetables, poultry, meat and fish. At the conclusion of the study, researchers noted that, “Because of the demands of a growing fetus, pregnant women need higher amounts of nutrients. The lack of fish and meat in a vegetarian diet may explain why vegetarian women in the study tended to experience more anxiety.”

At the 32 weeks of pregnancy, the women completed questionnaires, and those who scored in the top 15 percent were classified as having high levels of anxiety.

While researchers are still working out just how a low omega-3 diet may result in heightened anxiety, they think that it could be due to the fact that low omega-3s in the blood may disrupt communication between cells, which would affect how the body responds to psychological stress.

But how do you know which fish are safe to eat during your pregnancy?

Here’s how to stay on the safe side:

Fish and shellfish are good sources of high quality protein and other essential nutrients like omega-3 fatty acids. But, some types of fish do contain more mercury than others — eat these in limited amounts, or avoid them entirely. Keep in mind the following basic rules, and check out the FDA or EPA for more extensive info.Never eat shark, swordfish, king mackerel, or tilefish.Limit lower mercury fish such as canned light tuna, shrimp,salmon, catfish, and tilapia to 12 ounces (two average meals) a week.Albacore “white” tuna has more mercury than canned light tuna, so limit your intake to one serving (six ounces) per week.Fish sticks and fast-food sandwiches are usually made from low mercury fish. (And that’s the only time we’ll recommend the drive through!)

Shrimp is safe to eat because it falls into the category of low-mercury seafood, which also includes salmon, pollack, sardines and catfish. But you should still limit your intake of these fish to no more than 12 ounces per week, says Laura Riley, MD, director of labor and delivery at Massachusetts General Hospital and author of You & Your Baby: Pregnancy.

Did you eat fish when you were pregnant? If so, what types? Easy, Healthy Pregnancy Lunch Ideas for Work and Beyond
ADVERTISEMENT