The Truth About Eating Placenta

You may have heard the hype about the many benefits of eating placenta—but is it true? Here’s the deal on the possible pros and cons.
ByAnna Davies
Contributing Writer
UpdatedAug 2017 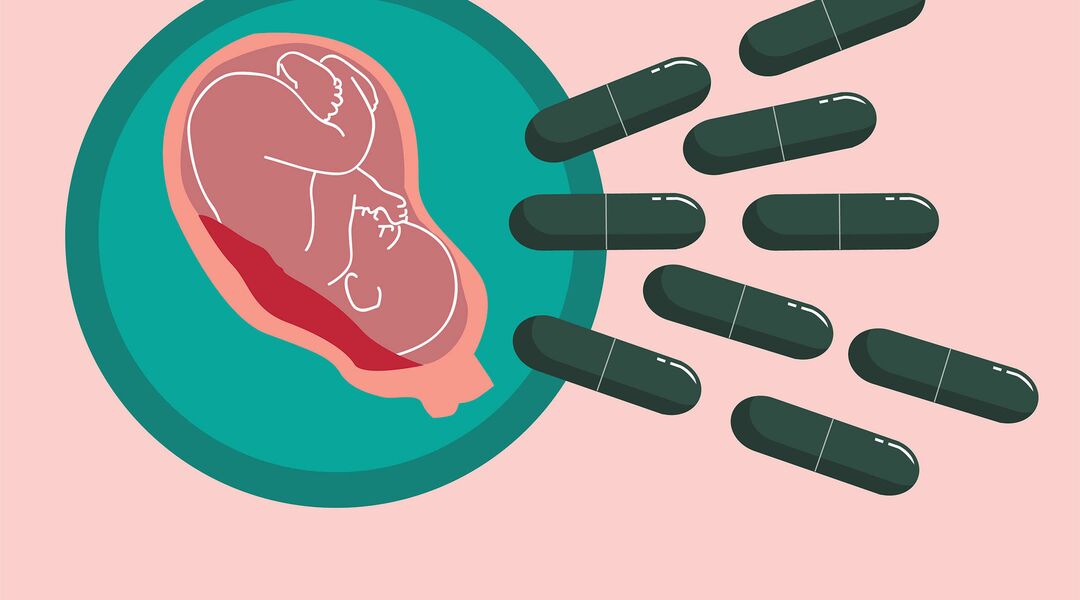 Love her or hate her, one thing is true: Whatever Kim Kardashian West does, it makes headlines. That was certainly the case when she revealed she planned on eating her placenta after the 2015 birth of her son, Saint, to help ward off postpartum depression. But eating the placenta after childbirth—clinically known as placentophagy—isn’t just a fringe Hollywood trend. With the purported benefits, from warding off the baby blues to boosting a woman’s breast milk production, it’s become a practice more women are looking into as they prepare for birth and delivery. But while some parents swear by it, some experts believe eating placenta can pose a danger to mom and baby. In fact, the Centers for Disease Control and Prevention (CDC) advises against it. Read on to learn about the possible risks and benefits of eating placenta, and talk to your own doctor before deciding whether it’s for you.

Can You Eat Your Placenta?

In short, yes. The placenta is an organ, and like other types of organ meat (think duck liver, cow tongue, sweetbreads) it can be consumed. As for how to eat placenta, there are several different ways: It can be eaten raw or cooked. Some women grind the placenta and use it in a smoothie or as a meat-based ingredient in spaghetti or stews, but experts recommend working with someone who’s experienced in preparing placenta instead of DIY-ing it yourself—if the placenta hasn’t been properly heated during preparation, there’s a higher risk of bacteria buildup, says Jules Gourley, owner and director of the Association of Placenta Preparation Arts, a national placenta encapsulation training program. Instead, the most common approach to eating placenta is to have a professional service turn it into a specially prepared supplement through a process known as placenta encapsulation. “Placenta encapsulation uses food-safe methods to dehydrate and grind the placenta to a powder. This powder is then placed in capsules, which are then taken like any other supplement,” Gourley explains.

But even when the placenta is harvested by someone who’s experienced, there are still risks. “The vagina is an ecosystem with a multitude of bacteria and viruses,” says William Schweizer, MD, a clinical associate professor of obstetrics and gynecology at NYU Langone Medical Center in New York City. “The labor process can sometimes be prolonged, and infection can progress from vaginal bacteria into the placenta.” If the placenta isn’t quickly refrigerated and processed, bacteria can build up and the organ can spoil. In that case, raw consumption is definitely not advised, since it could lead to infection—but it’s important to know that even though cooked placenta is used for encapsulation, the process kills some but not all pathogens, Schweizer explains. And if a woman decides to eat her placenta, doctors stress she eat only her own placenta; using another woman’s placenta may increase her risk of blood-related infections, including HIV or hepatitis, Schweizer says.

Why Do People Eat Their Placenta?

The tradition of eating placenta has a long history. “The practice dates back centuries and is used in traditional Chinese medicine,” Schweizer says. “Women have traditionally taken it after childbirth, during menstruation or during menopause,” he says, since placenta was thought to be restorative. In fact, placenta-eating is a behavior commonly found in nature: Many animals, like deer and giraffe, consume their afterbirth. But in the US, the practice of eating placenta emerged in the 1970s, thanks to the rise of midwife-assisted home births. It’s gained popularity in recent years, in part because celebrities like Kim Kardashian and January Jones have endorsed the practice, and social media has made it easy for new moms to learn about placenta-eating and share their own experiences.

The rise in placenta-eating is rooted in the belief that it can help moms ward off the baby blues and generally provide a boost during the postpartum period. While not backed by research, anecdotally the possible benefits of eating placenta include:

Victoria G., mom to a 4-year-old and 2-year-old, believes eating placenta helped her through the postpartum phase. “When I made the decision to encapsulate my placenta, at first I honestly wasn’t sure I would even take the pills, but after doing a lot of research about the process, it seemed like it would be such a waste to just toss this amazing organ when it could potentially help me in so many ways,” she says. “I definitely think the pills helped and would absolutely do it again if we chose to have another child. My milk did come in sooner than it had with my older son, and my supply was much better. Additionally, I felt that I had more energy and was less tired in those first few weeks postpartum, and my postpartum bleeding was considerably shorter.”

Placenta-eating also turned out to be a positive experience for Victoria S., mom to a 7-month-old. “I have general anxiety and was very nervous about postpartum depression. I read up on placenta encapsulation and decided to give it a whirl,” she says. “I felt it helped tremendously—I had no baby blues at all! I also felt like it increased my milk supply.”

While some moms rave about the benefits of eating placenta, science has yet to back up those claims. In fact, a Northwestern University review of the purported benefits found that eating placenta doesn’t benefit a mom’s health in any way. The lack of research-backed evidence is why many OBs are skeptical of the encapsulation process and believe the risks may outweigh the rewards. “I’m always happy to discuss the encapsulation process with my patients, but scientifically I fail to believe there is a benefit,” Schweizer says. “I’m a believer in prenatal vitamins and adding iron and vitamin C when the blood count after delivery is low. But if the process of placenta encapsulation is done quickly, and there’s no concern that the placenta is infected, then I don’t believe placenta encapsulation poses a risk of infection, and may have placebo benefits.”

But when the placenta is infected, it can lead to serious consequences for mom and baby. In 2016, a newborn in Oregon contracted a group B streptococcus infection—not once but twice—from his mom, who was taking postpartum placenta pills. Babies typically get group B strep from their moms either during delivery or through the breast milk, but in this case, the mom and her milk tested negative for the bacteria. After the infant was treated for the infection and then wound up in the hospital again just five days later, doctors learned the mom had been eating placenta capsules, which came back positive for group B. (The story has a happy ending, though: After a two-week hospital stay and an intensive round of antibiotics, baby was discharged.)

Many experts advise against any placenta preparation that doesn’t include cooking, which can help kill bacteria and viruses that spread disease. But even encapsulation isn’t a foolproof method—which is why the CDC warns against eating placenta, even in encapsulation form. If you’re going to consume your placenta, looking into the methods a placenta preparer uses, and understanding the possible dangers, is key, Gourley says. Risks of eating placenta may include:

• Infection. Birth isn’t a sterile process, and bacteria from the birth process, including fecal bacteria, can contaminate the placenta and make you sick.

• Infection in baby. If you eat placenta that hasn’t been properly prepared, baby may ingest harmful pathogens through your breast milk.

• Cross-contamination. It’s crucial that your placenta is prepared in a sterile environment or else blood-borne cross-contamination could occur. “The specialist should be trained in food-safe methods, have taken blood-borne pathogen training and have stringent sanitation methods,” Gourley says. “Sanitation protocols should at least meet but preferably exceed EPA guidelines. If someone claims to be using a natural sanitizer, it’s likely not approved for use.”

How to Save and Eat Your Placenta

Once you’ve confirmed you can have access to your placenta, discuss placenta-eating with your doctor to learn about potential providers and how to follow best practices for placenta preservation. If you work with a professional encapsulator, Gourley recommends doing some digging into their training. Here, some key questions to ask:

If, after eating the placenta, you spike a fever, feel sick to your stomach or otherwise feel “off,” or if baby seems ill, call your doctor right away.