Donor breast milk can be a game-changer for some babies—as long as it’s done safely. Here are the risks you need to be aware of. 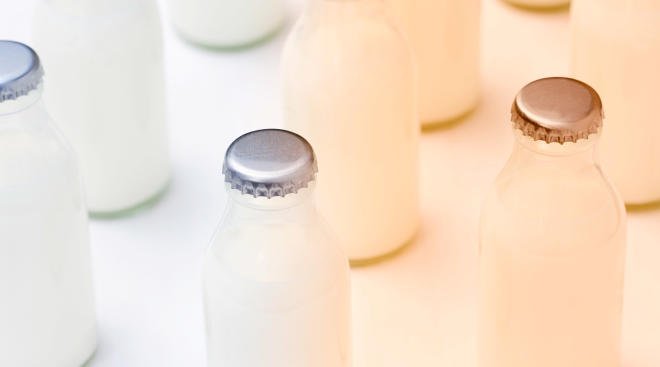 There are tons of well-known benefits of breastfeeding, which is why the American Academy of Pediatrics (AAP) recommends breastfeeding exclusively for six months. After that, you can introduce solid food and continue breastfeeding for a year or as long as you and baby want. But some moms, for various reasons, aren’t able to give their own breast milk to their babies—and sometimes consider using donor breast milk instead.

You don’t usually have to look far to find ads for donor breast milk. Head to a moms’ group board and you’ll see frequent posts from well-intentioned mothers offering to share or sell their extra milk, and more posts from parents asking around for milk they can use. There are even popular websites and Facebook pages dedicated to the sharing or selling of breast milk. But while the AAP recommends breastfeeding, they also warn of safety concerns about informal donor milk sharing—that is, milk that isn’t donated to or acquired through established milk banks that perform safety checks and screenings.

Here are the top five facts parents need to know when it comes to informal breast milk sharing:

1. Human milk is a body fluid, and therefore is prone to contamination. Breast milk can be contaminated by bacteria if it’s not collected and stored properly. It can also be contaminated with viruses and other substances—such as drugs, herbs or medications the milk donor might be taking—which can then be passed to your child and make him sick.

2. If it’s not pasteurized, informally donated milk can expose baby to harmful bacteria and viruses. Those viruses could include hepatitis, HIV and cytomegalovirus (CMV). In one study of human milk purchased from a popular milk-sharing website, 74 percent of samples had high levels of bacteria, likely because it wasn’t properly collected, stored and shipped. Infants—especially preemies or babies born with medical problems—who drink milk contaminated by bacteria can become sick.

4. Be wary of internet groups that say they perform safety checks. Some internet or Facebook groups may screen their milk, allowing for safe informal breast milk sharing, but these rules are often not consistently applied.

5. If you have extra breast milk, we recommend contacting a human milk bank. Milk banks have procedures for screening breast milk donors, collecting breast milk, pasteurizing milk to remove viruses, screening the milk for bacteria and then pooling the breast milk to make it unlikely that contaminants will pose a risk to baby. The milk is then primarily distributed to babies who need it most, such as premature babies in hospitals.

For more information about milk banks and how to become a donor, visit the Human Milk Banking Association of North America.

How to Boost Your Milk Supply

What You Need to Know About Baby Allergies