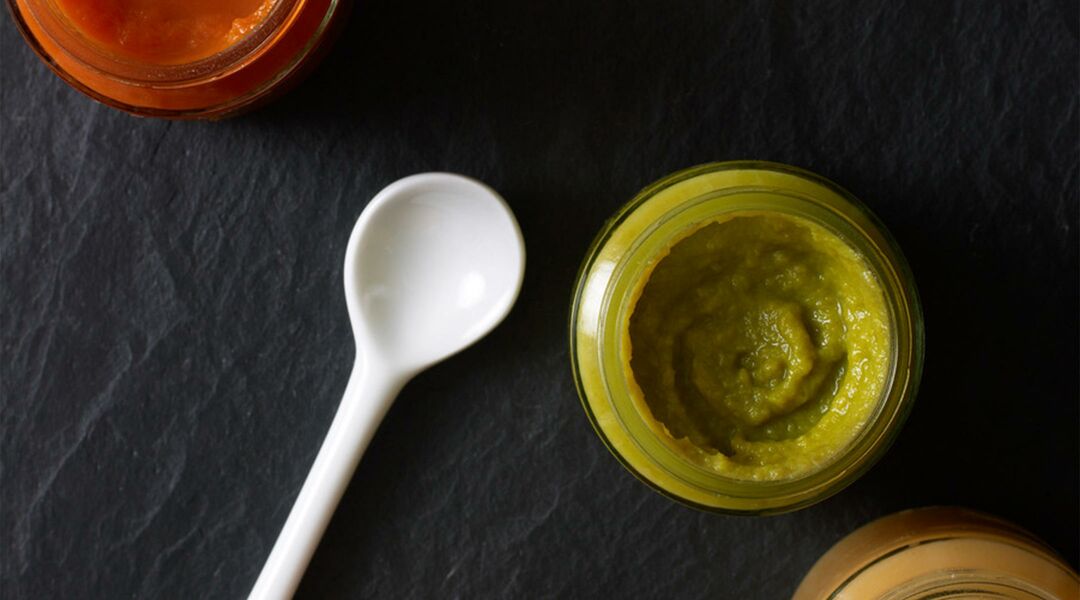 In the crazy, confusing and exhausting world of food allergies, new recommendations have been made. Now, parents of babies between 4 and 6 months are advised to introduce highly allergenic foods such as peanut butter, eggs and fish to their developing children.

The American Academy of Allergy, Asthma & Immunology  (AAAAI) released an article in the January Journal of Allergy & Clinical Immunology: In Practice from their Adverse Reactions to Foods Committee. In the journal, they recommended when to introduce these highly allergenic foods like wheat, soy, milk, shellfish and tree nuts to your baby’s menu but now, new reports say the foods should be introduced sooner.

The new recommendations maintain that these highly allergenic foods should be introduced after typical first foods have been eaten and tolerated, such as rice cereal, fruits and vegetables. Babies should be fed these foods safely, at home, and in gradually increasing amounts over time.

In order to make these revolutionary recommendations, the AAAAI used information garnered from more than a half dozen studies.

In 2000, the American Academy of Pediatrics released guidelines stating that children should hold off on having milk until age 1, eggs until age 2 and tree nuts, fish, shellfish and peanuts until age 3. But in 2008, the AAP revised its own guidelines, admitting that such delays prevent the development of food allergies. At the time, they didn’t over a plan for when and how to introduce such highly allergenic foods to children.

Today, the AAAAI has made the recommendations that parents have long waited for.

Speaking with David Fleischer, pediatric allergist at National Jewish Health in Denver, he said, “There’s been more studies that find that if you introduce them early it may actually prevent food allergy. We need to get the message out now to pediatricians, primary-care physicians and specialists that these allergenic foods can be introduced early.”

Dr. Fleischer went on to say that more study results are needed to conclusively determine whether early introduction will in fact lead to lower food-allergy rates and whether they should be recommended as a practice.

Though trials and research are currently in progess throughout the United Kingdom and Australia, some have already made the case to explain the benefit of early introduction. One theory details that early introduction is important because if babies aren’t exposed early enough to certain foods, their immune systems will treat them as foreign substances and attack them, resulting in allergies to those foods.

Says Katie Allen, a professor and allergist at the Murdoch Childrens Research Institute at Royal Children’s Hospital in Australia, “the body has to be trained in the first year of life. We think there’s a critical window, probably around 4 to 6 months, when the child first starts to eat solids.”

But there’s another theory to explain the food allergies found in children: westernized countries don’t offer children the same exposure to germs because they’ve become more hygienic, which affects the immune systems development.

Though many have come out in favor of the new recommendations (and the research to follow), some experts remain critical. Robert Wood, director of Pediatric Allergy and Immunology at Johns Hopkins University School of Medicine, said, “The evidence that has come up is of great interest but it’s all either anecdotal or epidemiological and not the intervention studies that are going on right now that will lead to answers in the next three years.”

And Dr. Wood also mentioned that parents should not feel pressured to do early introductions. His advice to confused parents is, “You can do whatever you want because we’re not sure what makes a difference.”

Do these new recommendations comfort or confuse you? Ask the Pediatrician: Which Type of Milk Is Best for Toddlers?
ADVERTISEMENT

Heard of 'Transition Formula'? Here's Why Health Professionals Are Against It
ADVERTISEMENT
ADVERTISEMENT
Article saved.Go to My Saved Articles
Article removed.
Name added. View Your List