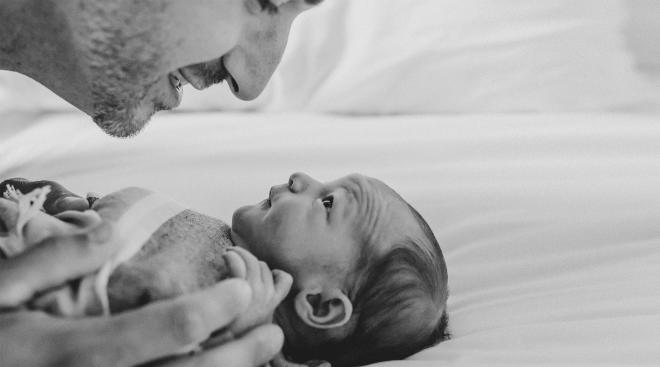 Better practice your pitch and brush up on your lullabies; when it comes to calming baby, singing is more effective than talking.

A University of Montreal study found that infants remained twice as calm when listening to a song — that they didn’t even know — compared to when they listened to speech.

“Many studies have looked at how singing and speech affect infants’ attention, but we wanted to know how they affect a baby’s emotional self-control,” says Professor Isabelle Peretz, of the university’s Center for Research on Brain, Music and Language. “Emotional self-control is obviously not developed in infants, and we believe singing helps babies and children develop this capacity.”

We already know adults and older children respond to and connect with music. This connection manifests itself in behaviors like foot tapping and head nodding. But infants lack this ability. “Part of our study was to determine if [babies] have the mental ability,” says Peretz. “Our finding shows that the babies did get carried away by the music, which suggests they do have the mental capacity to be ‘entrained.’”

Specifically, music kept them calm. And no, it wasn’t just mom’s voice or a familiar tune that soothed them; researchers controlled for that by having a recorded performer sing unfamiliar Turkish songs and speak in Turkish.

Additionally, the babies weren’t exposed to other stimuli. As soon as babies were calm, parents sat behind them so facial expressions couldn’t influence reaction. Then the experiment began. Researchers played recordings until the infants demonstrated a distressed “cry face.” On average, they didn’t make this expression until nine minutes into the Turkish song. On the other hand, baby talk kept them calm for just over four minutes, and regular adult speech just under four.

“Our findings leave little doubt about the efficacy of singing nursery rhymes for maintaining infants’ composure for extended periods,” Peretz says. “These findings speak to the intrinsic importance of music, and of nursery rhymes in particular, which appeal to our desire for simplicity, and repetition.”

And of course, babies can get excited about music too. Here’s the proof.