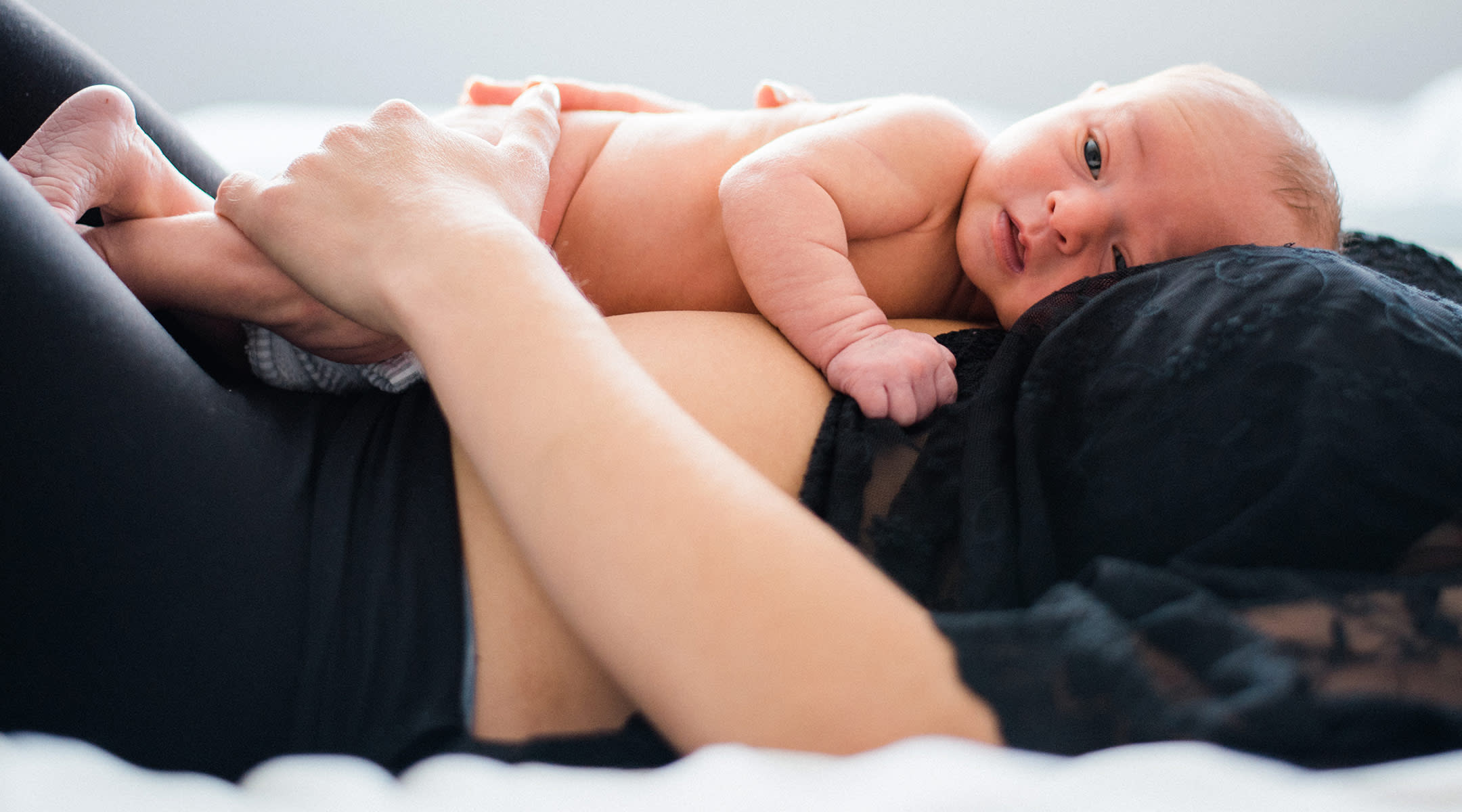 When parents gently stroke their baby, it reduces the activity in their brain associated with painful experiences, a new study suggests.

Researchers from the University of Oxford and Liverpool John Moores University monitored the brain activity of 32 babies while they had blood tests. Half the babies observed were stroked with a soft brush before having the blood work done. These newborns had a much better reaction to the procedure, showing 40 percent less pain activity in their brain.

“Previous work has shown that touch may increase parental bonding, decrease stress for both the parents and the baby, and reduce the length of hospital stay,” says Rebeccah Slater senior author of the study. “Touch seems to have analgesic potential without the risk of side effects.”

The best speed to stroke your baby is 1 inch per second, and luckily, “parents intuitively stroke their babies at this optimal velocity,” Slater says.

There’s a reason for the specific speed of stroke. That particular pace activates a class of sensory neurons in the skin called C-tactile afferents, which have previously shown the ability to reduce pain in adults. Up until now, there was no evidence that it may have the same effect on babies too.

Researchers hope to do more work on how parental touch can reduce pain in newborns, specifically premature babies who undergo frequent testing.

Turns out, another common parenting practice, singing to baby, is also good for her health too.