Tales From the Scale: the Obsession With Pregnancy Weight Gain

Totally preoccupied with tracking your weight now that you’re pregnant? Trust us, you’re not alone… 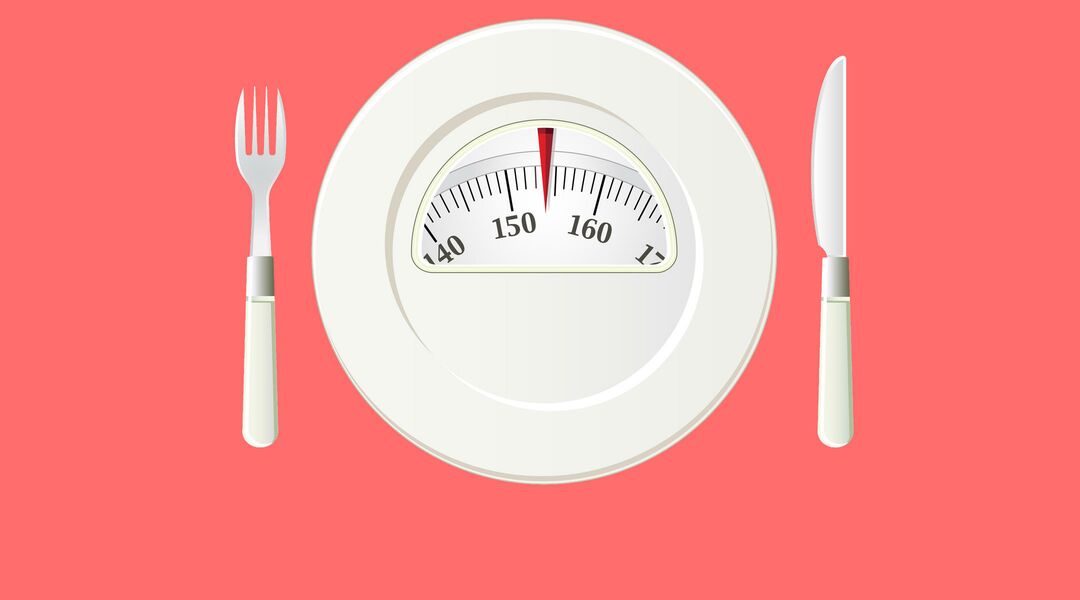 Someone once told me that pregnancy was the one time in my life where I’d have a license to pack on the pounds. Now that I’ve actually been pregnant, I wish I could remember who it was — so I could slap them. Thing is, that person forgot to tell me about the fine print. You know, the part where it says that there are weight-gain charts involved, and frequent weigh-ins at the doctor, and scary stats about pregnancy complications for moms who gain too much, or even too little. They also failed to mention that milkshakes would still go straight to my butt, pregnant or not, and that that butt would still be there long after the baby came out. But worst of all, they neglected to warn me that every stranger I met would assume the numbers on my scale should be public knowledge.

During my pregnancy last year, I stepped on the scale every. single. day. Sometimes more than once. I had a very healthy pregnancy overall, but that didn’t stop me from comparing myself to every guideline chart — and every pregnant woman — I could find. And I’m not alone. I know because plenty of mamas on the message boards have shared more or less the same kind of tale with me. Here are just some of their stories…

I feel like where I live, pregnancy is so competitive. My yoga class is so torturous because everyone has managed to stay slim and just gain weight in their belly…Did everyone but me hit the genetic lottery around here?

MOM: robs867
25 weeks pregnant; trying to gain less than in her first pregnancy

I have become a bit obsessive with the scale. I wish I did not let it determine my mood but I do.

I was totally worried about gaining too much weight.  I cried several times.  My OB wanted me to gain between 15-25 pounds…. I gained a total of 26 pounds.  In hindsight what is one extra pound?

It’s just hard because I wanted to lose weight before getting pregnant and I didn’t. (Sigh.) So as I see numbers that I thought I’d never see again, it can be very frustrating.

I hated that I thought about my weight gain so much, but I’ve always been a small person. And it was like an alien had taken over my body.

I was totally obsessed with my weight gain - I weighed myself twice a day! I even ate diuretic foods on days I had to weigh-in at the OB so I wouldn’t have any excess water weight.

Any of these stories sound familiar? That’s probably because we can all relate to at least a few of our own weight gain paranoias — pregnant or not. Of course, there are the lone few who manage to rise above it all. Like, Nadiarl, who says, “The realization that I was now living for two, and like all mothers before me, I did have the strength to do this and my body was growing like it was supposed to was exhilarating. The bigger I got, the more beautiful I felt.” But I prefer to think Nadiarl is on happy pills, because if she isn’t – then what’s wrong with me and every other woman who obsesses over her weight gain during pregnancy?

“It’s important to keep track of your weight gain,” says nutritionist Frances Largeman-Roth, RD, author of Feed the Belly: A Pregnant Mom’s Healthy Eating Guide. “But it shouldn’t be what you think about every waking moment. It’s also important to be happy and enjoy your pregnancy.” (In other words: Chill, woman. Stressing out isn’t a healthy method of weight control.) “Don’t weigh yourself every day,” she warns. “It doesn’t tell you anything. Maybe you had a big lunch.” Frances recommends stepping on the scale weekly at most.

Frances also points out that weight gain isn’t always steady and that some women gain more than others early on, but even out in later trimesters (especially if morning sickness has you eating saltines and tortillas 24/7). Some of us mamas have also noted that weight gain comes in spurts throughout pregnancy; so don’t put too much stock in that pound-a-week hooplah. “Work with your doctor and take good care of yourself,” says Frances. “It doesn’t matter when you’re gaining, just that you stay within the guidelines.”

How do you know if your scale-obsession is a problem? You may have to be your own judge on that one. If you feel the numbers screwing with your head, consider kicking the scale to the curb. “Your doctor will tell you if your weight is a concern,” says Frances. Besides, it’s way more important to focus on being healthy — and your health is more than your pounds and ounces. Your job as a baby-grower is to create a nice environment for baby to develop in. So with that said, you know the drill: Eat nutritious foods, skip the junk, and make time to exercise daily.

And last but certainly not least: When some stranger calls you “way too tiny” or “humongous”?  Go ahead and tell them where to shove it. You can always blame the hormones.