How to Get Your Partner Involved in Baby's Registry

Not loving the thought of registering for baby all by yourself? Check out these tips for involving your partner in the process. 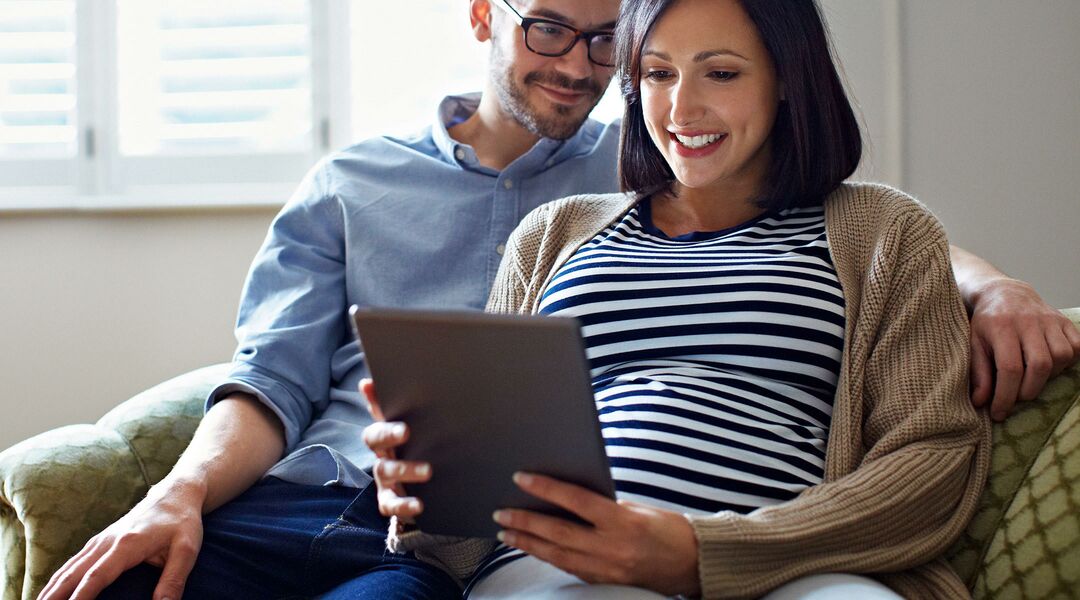 Getting your partner involved (and excited!) about baby’s registry is no small feat, depending on the person. Picking out breast pumps, diapers and bedroom decor might not be your partner’s favorite thing to do, but it’s still good to get them interested in all of the products you’ll be buying for baby—one, because it’ll help them feel essential at a time when there isn’t much focus on them, and two, because they’ll be using them and need to know how!

If spening the entire day in the baby store is not your partner’s idea of fun, plan to take a few short trips instead of a marathon registry run. Maybe check out strollers onling together first, so you’re both on the same page about what you’re looking for, and then head to the store for some test drives. They’ll feel much more prepared and less stressed.

Hype up the things you know they’ll love

Depending on what your partner is into, you might not want to focus on the onesies and the pacifiers. Think about their interests. If your partner is into sports, mention they have baby Eli Manning jerseys at the store. Music? Pink Floyd lullaby CDs. Techie stuff? There’s a stroller that folds by itself and charges your iPhone. Whatever your partner loves, find some baby gear that goes along with it and really chat it up.

Give your partner the power to add

Okay, this is a big one moms, so listen up. Picking out the baby gear you want on your registry is a really important job and one that your partner is totally fit to do! Let them have control and they’ll feel essential to the registry process, which will make them more invested in getting it done right.

Here’s what worked for other moms:

“I told him he could put whatever he wanted on the registry, fed him before and after, and bought him beer.” —heatherh3

“I let him pick out a lot of the patterns on certain things, like the car seat and baby’s bedding.” —tinymama4

“My husband wasn’t thrilled to register for things until he realized that strollers can be really awesome or really terrible. They have suspension and different kinds of wheels, and he thought it was the best. So park him in the stroller section and let him geek out!” — denvermama2

“I did a lot of research beforehand, so when we went to register, I was focused on exactly what we needed. My husband found that beneficial because he’s not a big shopper and walking around willy-nilly would have made him crazy.” —HelenL09

“One thing that my husband was really interested in was the safety ratings for everything. He totally took the lead on doing all the research on safety standards and doing a cost/benefit analysis on everything, specifically car seats and strollers.” —ashleyh

“I gave him the scanner and let him zap away. I also let him have a say in some things and register for things that I wouldn’t have if I were on my own.” —jackieq33

“I told my husband, ‘Help me or I’ll just pick the most expensive of everything.’ And it worked!” —yankeesgirl11

“He was so overwhelmed that I think it helped when I suggested we go and only look at a few big things at a time. The first day we went we picked a few strollers and car seats then went home to research them. He just needed the process broken down into bite sized chunks. It was good for me too — kept me from going overboard.” —lorie654354

“I remind him that if he tells me he doesn’t care about something, then I get to pick it with no objections from him. This reminder sometimes gets him to participate.” -victoria+kev

“For the car seat, I set it up kind of like a challenge as to who could find the most safe, ideal color, etc. and he won! He is much better at navigating the internet than I am. He really enjoyed feeling like he had contributed. As far as breast pumps and nursery decor, I left him out of that. He really could care less what kind of pump I have, as long as I like it and it works. And he doesn’t want to debate elephants or Dr. Seuss themes.” -mama+daddy2be

Some names have been changed.

10 Fun Gifts for Your Registry

Skip and Splurge: What You Need and What You Don’t!