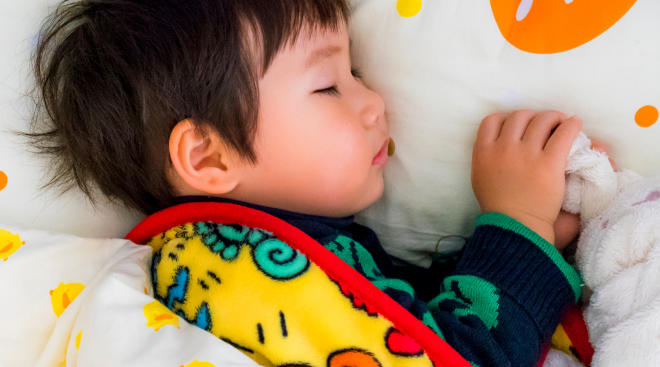 Recent headlines have indicated that kids over age two shouldn’t nap. If you’re feeling like that’s borderline blasphemous, you’re not alone. And experts are clarifying exactly what new research entails.

Basically, Australian researchers analyzed 26 previously published studies on napping, all involving children up to age five. Different studies had different focuses: the effect of sleep on cognition, the link between sleep and obesity and so on. In their analysis, published in the Archives of Disease in Childhood, researchers found only one similarity among the studies: children who nap beyond age two take a longer time to fall asleep at night.

That’s not necessarily a bad thing, Northwestern University professor Kelly Glazer Baron — who is not associated with the study — tells the Huffington Post. “Certainly, by taking away a nap during the day, you will help [toddlers] sleep more at night because they’re just so exhausted. That doesn’t mean it’s a good thing, though,” she says. “…it is possible that napping too late in the day, napping too long can impact nighttime sleep. Any parent is pretty aware of that. But any parent who has a 2-year-old also knows that most [of them] need a nap.”

Study researcher Karen Thorpe, a professor at Queensland University of Technology, is calling for more research on child napping. Because while she confirms “there is consistent high quality data that indicates napping beyond the age of two lengthens the amount of time it takes for a child to fall asleep,” she notes that “the evidence for napping and its impact on behavior, health and development of a child is less clear.”