Baby-Nup Contracts Are the New Trend for First-Time Parents

Some of your favorite celebrities are already on board with the idea.
Save article
ByStephanie Grassullo
Associate Editor
PublishedApr 2019 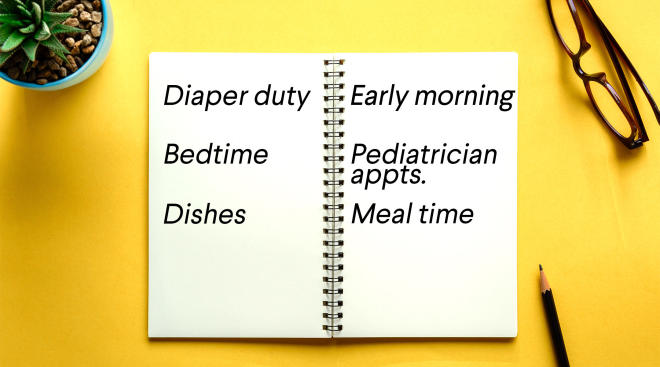 Millennial moms and dads have come up with a new way to navigate their roles once baby arrives. Their golden rule for success? Signing a baby-nup.

It’s the focus of a recent Parade article, and while the idea is gaining traction across the nation, it’s not an entirely new concept. In fact, Meghan Markle may have had a pregnancy contract when she was married to her ex-husband Trevor Engelson. It was allegedly meant to protect the former actress’s career, with clauses which required her to have a personal trainer and nutritionist to help Markle throughout her theoretical pregnancy.

The now-royal almost mom-to-be got a lot of flak for it when the reports recently circulated about it, but it turns out she’s not alone. Hollywood power couple John Krasinski and Emily Blunt reportedly worked out something similar between themselves. The pair works best when they’re both in it together, and each have their specific jobs to help things run smoothly, according to Parade. “We’re both hands-on all the time,” Emily said. “John’s the diaper king!”

Communication is key if you and your partner are considering making a baby-nup. In order for it to truly work, you’ll need to be completely transparent about your feelings and fears. It’s not always easy to say it as it is, but marriage counseling app Lasting can help with that. The app serves as a marriage counselor on your own terms, and will help you conquer parenting in a healthy way.

The new trend in parenting has been met with a mixed reaction on Twitter. Here’s what some of its biggest skeptics are saying:

“Until you’ve lived it, it’s really hard to know who will need extra support with what and when. IE: It’s hard to plan for postpartum,” advises Twitter user Jen Britton. “Sometimes one partner will need to carry the other. Just commit to loving each other and getting through the highs and lows. It’s worth it.”

“If you’re home with kiddos and they need something, you do it regardless of what the schedule says,” another points out.

“When you have twins there is no baby-nup. You are both in equally if you want to survive,” says Allyson Price. “And in some ways that’s a good thing, because the husband doesn’t get an opportunity to stick more of the load on mom. I made sure he took paternity leave so the load wasn’t all on me.”

“Nice in theory, but 99 percent of the time, the mom does it all,” comments another.

At the end of the day, do what’s best for you and your partner—whether that means writing up a formal agreement or simply going with the flow. Your happiness is not only good for each other, but it benefits baby as well.