Mothers Who Breastfeed Longer Have a Lower Risk for Liver Disease, Study Says

Yet another way breastfeeding benefits baby and you.
ByStephanie Grassullo
Associate Editor
PublishedDec 2018 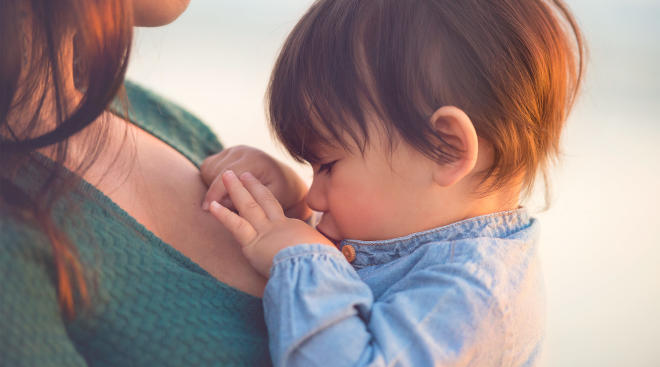 Mothers who are able to breastfeed for at least six months have less fatty livers and a lower risk of liver disease, according to a recent study.

Breastfeeding has a wealth of benefits for both mom and baby. Specifically, mothers who nurse have a lower risk for heart disease, diabetes and even certain cancers, and now—according to the new study—non-alcoholic fatty liver disease (NAFLD).

Researchers followed more than 800 women for 25 years after they gave birth. By the end of the study, the women were on average about 49 years old. Of the these females, 32 percent say they breastfed for up to a month; 25 percent say for one to six months; and 43 percent reported nursing for longer.

But the study can’t prove whether or how breastfeeding might prevent NAFLD. One factor may be women who breastfed for longer periods had healthier lifestyles, which contributed to their lower risk of liver disease, but more research is needed in order to confirm the potential for breastfeeding to help prevent the disease.

If you’re determined to breastfeed baby, but hitting some bumps along the way, here are 12 ways you can make breastfeeding easier. And if you aren’t breastfeeding baby and dealing with major guilt, remember: Fed is best.