How Busy Philips and Her Husband Leveled Their Uneven Parenting Roles

How Busy Philips and Her Husband Leveled Their Uneven Parenting Roles

To save their marriage, he stepped up to share in the division of labor.
save article 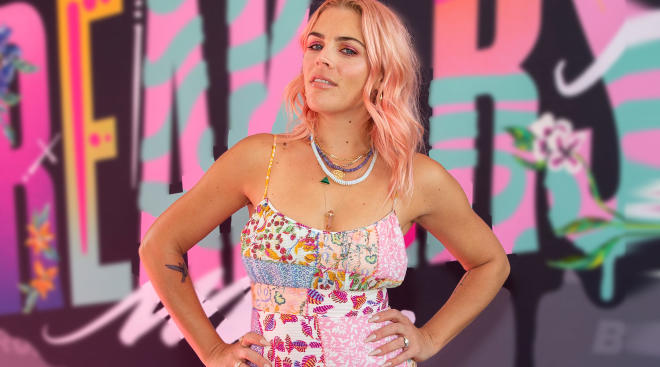 A lot of couples have struggled with an uneven division of parenting labor. Aside from the logistics of caring for kids, there’s a heaping amount of emotional labor that goes into parenting—something actress Busy Philips found herself shouldering alone. It nearly tanked her marriage, but she and husband recently opened up about how they’ve reshaped their parenting roles to find happiness.

Philips and screenwriter Marc Silverstein have two daughters together, and she has been open about some of their struggles, especially in her recent memoir This Will Only Hurt A Little. She felt that even though they were both working, all the parental responsibilities fell to her, 100 percent of the time. She finally decided she’d had enough and drew a line in the sand: She told her husband, that if things didn’t change, she wanted a divorce.

“My thinking was that if I leave, at least then maybe I’d get two days off a week,” she told Harper’s Bazaar.

Faced with an ultimatum, Silverstein stepped up to the parenting plate. “Marc was like, ‘I’ll do anything,’” she related. “And I was like, ‘Okay, then do everything. Because I have done it all, all by myself, and I’m done, dude.’”

She demanded change, so change happened. Silverstein decided to stay home with the kids, taking over the morning routine, meal prep and bedtime. And the biggest surprise for him was finding out how much he enjoyed it.

Eve Rodsky, author of the Harper’s Bazaar article as well as the book Fair Play: A Game-Changing Solution for When You Have Too Much to Do, says she has interviewed hundreds of dads, and that Silverstein’s response was 100 percent consistent with what she’s found: They all feel happier and more invested when they “own” more aspects of their domestic lives, including and especially child-raising.

Silverstein acknowledges he did leave all of the parenting work to his wife after their first daughter was born. “I like being good at stuff,” he said, “and I didn’t feel like I was good, so I stayed away.” But once he realized he could lose his marriage because of it, he was ready to shift gears.

And in the process, he’s not only made Philips happier, but has discovered greater happiness for himself too. “I realized that deep happiness comes from family. And once I figured out what I could bring to the table, things changed. I wanted to do more.”

These days, they split the responsibilities more fairly, they say, and figure out which household tasks each one should take on. Silverstein’s increased responsibilities even make Philips a little envious at times. “He’ll make my Bulletproof coffee and bring it into the bedroom while I’m still sleeping,” she said, “and then leave to take the kids to school. He has conversations with them that I’m jealous of. The closeness he now has with these girls, it’s really special."

They’re also setting an example for their daughters, Phililps added. “I want everything for my girls,” she said, “but the only way they’re going to believe it’s possible for them is if they see me have it.”

Know a little something about uneven parenting roles, but are struggling to address it? It’s not an easy conversation to navigate, but Lasting, the nation’s leading marriage counseling app, can help. Download it and give it a try.