“I heard an infant’s cry, a cry that will make you want to do anything to help.”
Save article
ByStephanie Grassullo
Associate Editor
PublishedNov 2018 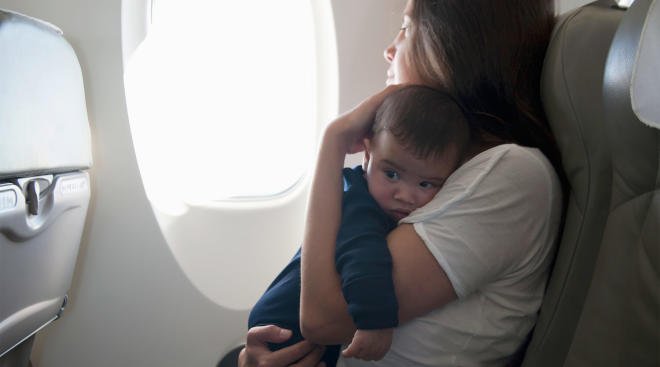 New parents know their schedule runs around baby’s time, or rather, baby’s feeding time. So when a mom onboard a flight with her baby ran out of her formula milk, the situation which unraveled involved lots of tears—from mom and baby alike.

Patrisha Organo, who just so happened to be working her first big gig as a cabin crew evaluator, decided to step in. After asking the mother’s permission, the flight attendant breastfed the hungry baby. Organo shared her very memorable first day on the job on Facebook, where the post has since gone viral.

“Yesterday, I was scheduled for a check flight to be qualified as a cabin crew evaluator. I thought this flight was going be so special, as this is a big step on my flying career,” she explains. “Everything went smoothly until after takeoff. I heard an infant’s cry, a cry that will make you want to do anything to help.”

When the flight attendant approached the mother to check on the situation and suggest she feed her baby, she was met with a teary-eyed mom. Much to the passenger’s dismay, she ran out of her formula milk and there was no other supply on the flight. As the baby’s crying progressed, tension from onlooking passengers quickly began to escalate. Thinking on her feet, the flight attendant helped the only way she knew how.

“I thought to myself, there’s only one thing I could offer, and that’s my own milk. And so I offered,” she says.

“The baby started rooting, she was so hungry,” Organo recounts. “I saw the relief on her mother’s eyes. I continued to feed the baby until she fell asleep. I escorted her back to her seat and just before I left, the mother sincerely thanked me.”

As it turns out, the flight was indeed a remarkable one for Organo, but not for reasons she could have ever imagined.

“I was right, the flight was going to be special. So special not only because I got qualified as an evaluator, but I got to help…Thank you, Lord, for the gift of mother’s milk.”

The mom on this flight was clearly in crisis mode, and luckily she and Organo worked together to soothe the hungry baby girl. While cross-nursing isn’t a new phenomena and some situations do warrant it, make sure you know both the risks and benefits of milk sharing. And always talk to your pediatrician before making any major decisions for baby.

A similiar story made headlines not too long ago when an officer who was on duty at a hospital stepped up to feed a malnourished baby.