“You’re always sort of questioning your own decisions and your own judgments and things like that. And I think that starts from the moment you have a baby.”
save article
ByNehal Aggarwal
Associate Editor
Published February 18, 2020 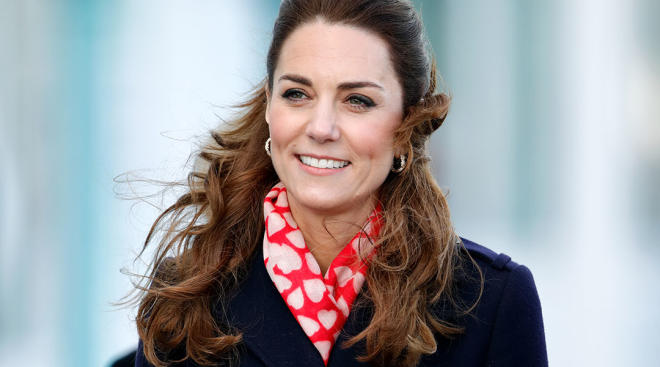 Mom guilt is something almost every mother has felt—including the Duchess of Cambridge. Over the weekend, she sat down on the podcast Happy Mum, Happy Baby to candidly discuss parenting and her experience with “mom guilt.”

Kate Middleton, mom to Prince George, 6, Princess Charlotte, 4 and Prince Louis, 1, visited the LEYF Gardens Nursery, along with podcast host Giovanna Fletcher, as part of her recent survey, 5 Big Questions on the Under Fives, before the pair sat down for a remarkably relatable conversation on motherhood. Middleton, who has previously stated she’s passionate about how one’s earliest years can inform who they become as adults, candidly spoke about the immense pressures many parents face.

When asked about whether she herself ever experienced “mom guilt,” the Duchess laughed and responded, “All the time. I think anyone who doesn’t … is actually lying,” admitting that, due to the nursery visit, she felt bad she couldn’t drop her two oldest kids at school that morning. She continued, as a mother, “you’re always sort of questioning your own decisions and your own judgments and things like that. And I think that starts from the moment you have a baby.”

The Duchess admitted that, now knowing how important one’s earliest years can be, she would have done things differently during her pregnancies. “The emotional well-being of the mother directly impacts the baby you’re growing. It’s difficult with the hormones and life’s challenges, but just being aware of it…I was a lot more aware of it third time around than I was first time around,” she stated.

Kate, who suffered from hyperemesis gravidarum—a severe nausea that can lead to hospitalization for dehydration—also spoke openly about her pregnancies, quipping that she preferred labor because it meant the end of her pregnancy. “I’m not the happiest of pregnant people,” she said of her hyperemesis gravidarum. “Lots of people have it far, far worse, but it was definitely a challenge…not just for me, but also for your loved ones around you. William didn’t feel like he could do much to help, and you know it’s hard for everyone to see suffering without actually being able to do anything about it.”

When asked about the debut of her children to the media outside of the hospital after giving birth, she replied, “It was slightly terrifying, I’m not going to lie.” However, she continued, “Everyone had been so supported and William and I were really conscious that this was something everyone was really excited about. We’re hugely grateful for the support the public has shown us and actually for us to be able to share that joy and appreciation with the public was really important, but equally it was coupled with a newborn baby and sort of inexperienced parents and the uncertainty of what that held, so there was all sorts of mixed emotions.”

5 Big Questions on the Under Fives is a national survey that, according to its website, aims to “bring together the thoughts of individuals, organisations and businesses to build the healthiest generation in history by giving every child the best start in life.”

The Duchess shared a rare and personal message about the survey via the Kensington Palace Instagram account earlier today. In the clip, she speaks directly to the camera, says she’s pleased that over 200,000 people have already filled out the survey and urges more people to take it. “Parents, families, and carers are at the heart of raising the next generation, and that’s why I felt so passionate about listening to them and listening to your thoughts and your views on how best we can support you going forward," she says in the clip. “That’s why I’ve launched the ‘5 Big Questions,’ to hear from as many people from society as possible.”

While Kate has certainly been busy since the launch of the survey, she and Prince William will be taking on a lighter schedule in terms of their royal duties this week to enjoy some time with their kids for their half-term break.