Would You Leave Your Baby Alone in a Hotel Room? 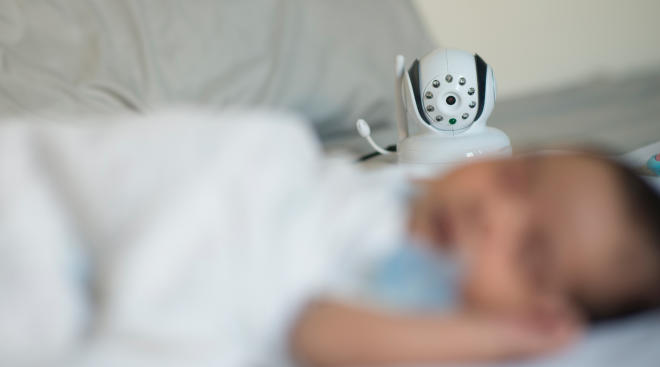 Let’s start here: The initial reaction to this headline is overwhelmingly “no.” But in a viral first-person essay for The Telegraph, an anonymous mother is challenging why so many are so against it.

On a weekend trip with their 11-month-old daughter, the writer says she and her husband “put our daughter carefully in her deep-sided travel cot, flipped the switch on the video monitor and tiptoed out of our hotel room to dinner” at a hotel restaurant. “We ate, we drank and we were back in the room, brushing our teeth and undressing with the stealth of ninjas, by 10 p.m.”

The mom didn’t view this as a particularly deviant parenting move. In fact, she didn’t even consider she may have done something dangerous until relaying the feat to friends.

“It was only the next day that I realized I may have made a serious error of judgment. Casually describing the previous night to our friends, I was met with concerned looks,” she explains. “‘Oh, hotels don’t work for us,’ one of them said. ‘We would never leave the kids on their own. It’s just not worth the risk.’ There was rapid and wholehearted agreement around the table: we were the only parents prepared to leave our baby sleeping in a hotel room on her own.”

While still recognizing baby sleep safety is a hugely sensitive and important topic, the mom poses some thought-provoking questions: “Why are we less carefree than our parents? Has the risk changed?” she begins. “Is it really the case today that parents who do as I have done might be accused of neglect? Could the hotel staff, all smiles to our faces, be complaining that we were bad parents behind our backs?”

She adds that today, we have fancy baby monitors to quell our fears and allow us to not spend every waking moment next to baby.

“Some parents have told me that, armed with one of these monitors in a small country house hotel, they would happily spend an evening on a different floor to their bedroom, as long as they could make it back to their baby’s room within a ‘reasonable’ time limit—around a minute,” she says. "Isn’t this is exactly what we do each night in our own houses?

But, playing her own devil’s advocate, she recognizes it’s hard to rely on the range of a monitor. And when your baby’s involved, it’s hard to feel 100 percent confident that nothing fishy will happen in a hotel room when other people—like staff—have access to the key.

“Being a parent means you are constantly trying to be one step ahead of your child’s needs,” the writer says, admitting that, while she doesn’t think leaving her child alone was naive or out of line, she did go back to the room to check on the baby, “who is a very sound sleeper—every 20 minutes.”

Learning from the experience and the reactions of her friends, the mom indicates she would likely try a babysitting service next time, many of which are offered through hotels.