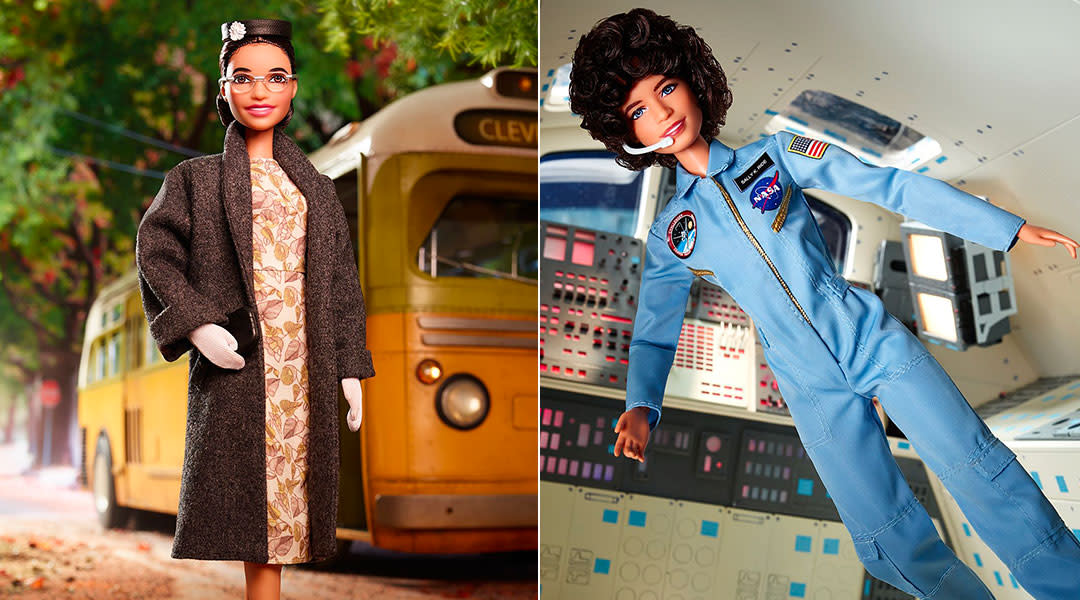 In this day and age, inclusivity is everything—and brands are taking note, including Mattel. In honor of Women’s History Month in March, Mattel is adding three new dolls to its “Inspiring Women Series.”

The maker of Barbie has taken a lot of strides in recent years to make the doll more representative of all people. The brand has unveiled diversity in body types and a line of gender-neutral dolls. Its Fashionistas line last year was one of its most inclusive ones to date and included a Barbie doll in a wheelchair, as well as one with a prosthetic leg.

Its “Inspiring Women Series,” inspired by real-life women, was initially released in 2018 to honor the fearless heroines of their time. The collection was released with icons including Amelia Earhart, Katherine Johnson and Frida Kahlo, with Sally Ride and Rosa Parks also joining the collection the following year. This week, Mattel added an Ella Fitzgerald doll, Billie Jean King doll and Florence Nightingale doll to the collection. Each includes authentic and unique accessories, a certificate of authenticity and information about the lives of the women and how they helped shape society.

Ella Fitzgerald, the First Lady of Song and Queen of Jazz, was one of the most beloved jazz singers around the world and one of the most recorded female artists in history. Her doll wears a shimmering, deep purple nightgown, pearly broach, an elegant up-do and comes with a microphone.

Billie Jean King, the former No. 1 tennis player in the world, championed women’s equality in sports (on and off the field). Her doll wears a two-tone blue and mint-green tennis dress, inspired by her outfit from the legendary “Battle of the Sexes,” in which she won against her male rival. Her iconic glasses and a Wilson racquet complete her look.

Florence Nightingale, a nurse in the 19th century, was one of the pioneers of changing the attitude when it came to women entering the field. Her doll recreates a 19th century uniform—a gray floor-length dress with a frilly collar, along with a sash—that was worn by nurses tending to wounded soldiers during the Crimean War. She also comes with a nurse’s cap, an apron and a lantern.

The series is available on Amazon, Barbie.com, Walmart, and Target and each doll retails for $30.

According to a press release from Mattel, “The new dolls are part of Barbie’s mission to close the Dream Gap, a multi-year global initiative to raise awareness around limiting factors that prevent girls from reaching their full potential, by showing girls more role models (historical & present) and telling their stories.”

The women chosen are no doubt thrilled to be an inspiration to women everywhere. In an interview with PEOPLE, Billie Jean King, now 76, stated, “It’s all about imagining the possibilities for your life, especially for the young ones. They can dream, they can imagine when they have their Barbie. Hopefully it helps them to think about all the possibilities in their life—that they can be anything they want to be and that it’ll help them decide how to define their lives and not be defined by others. So I think it’s fantastic.”