There’s nothing more masculine than a loving dad.
save article 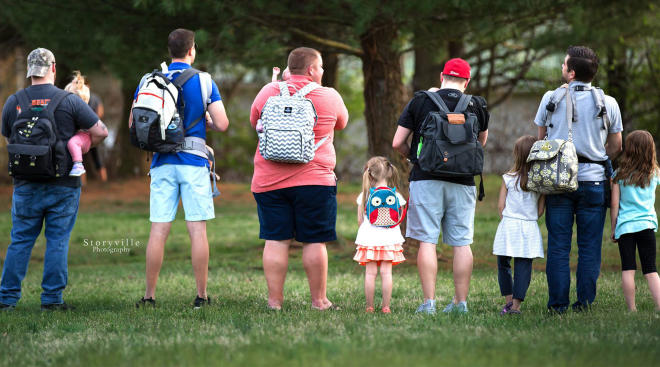 The way we view dads has changed a lot over the course of the last couple of decades. The idea that a dad is only a babysitter is as outdated as the picture of a mother who’s destined for a lifetime of doting on her family. Sure, we have a lot of work to get done before we completely wipe out these out-of-touch ideas of parenting, but little by little we’re getting there.

Piers Morgan sparked a heated argument when he mocked Daniel Craig’s masculinity after the James Bond actor decided to babywear his son. Dads chimed in to share pictures of themselves babywearing their kids, quickly proving the British journalist wrong.

That sentiment is the inspiration behind a recent photo series from Heather Smith of Storyville Photography. Turning to her husband and a handful of other real life dads, Smith took the gender stereotype and turned it on its head. “These dads are babywearing, diaper bag-holding, butt-changing, boo boo- fixing, makeup-wearing, child-feeding, real men,” she writes on her blog.

Scroll below for a glimpse of what modern-day parenting really looks like. 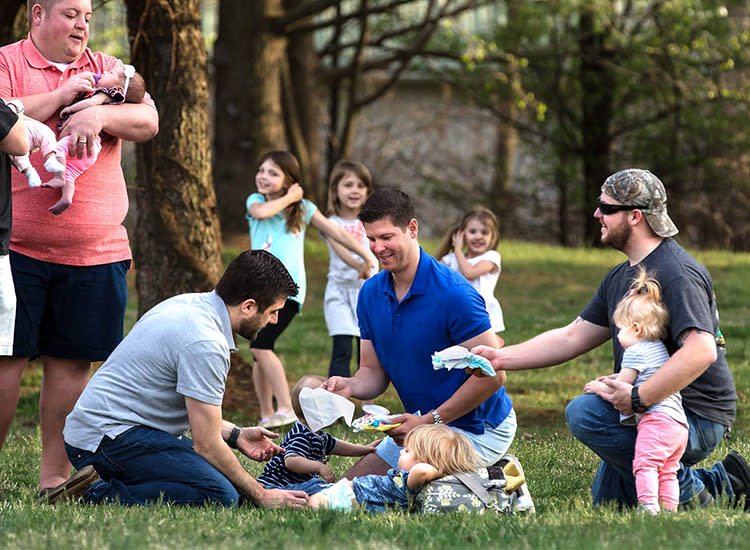 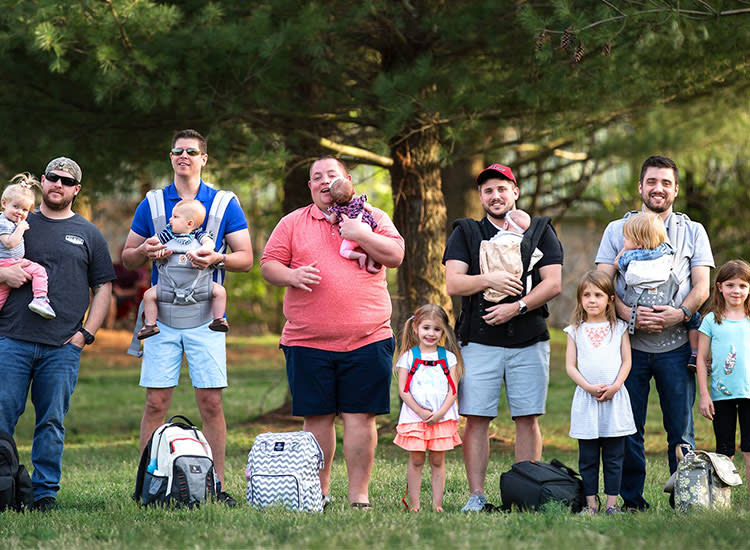 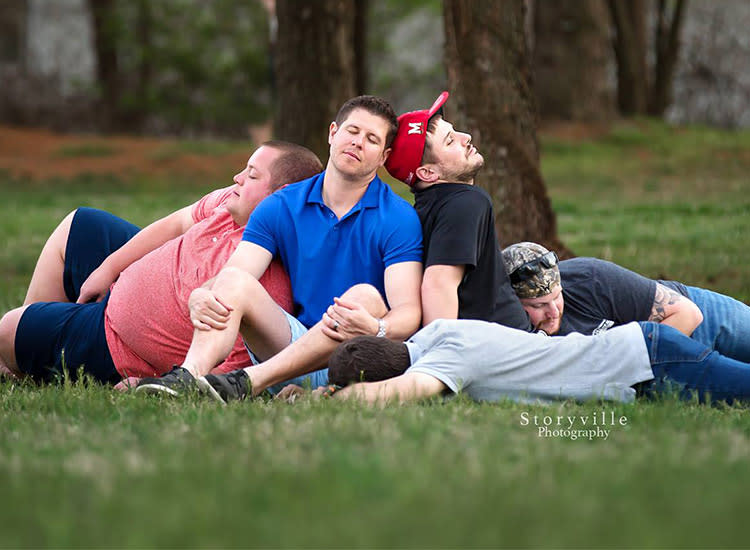