Parents have long been advised by the AAP not to use infant inclined sleep products.
Save article
ByNehal Aggarwal
Associate Editor
PublishedDec 2019 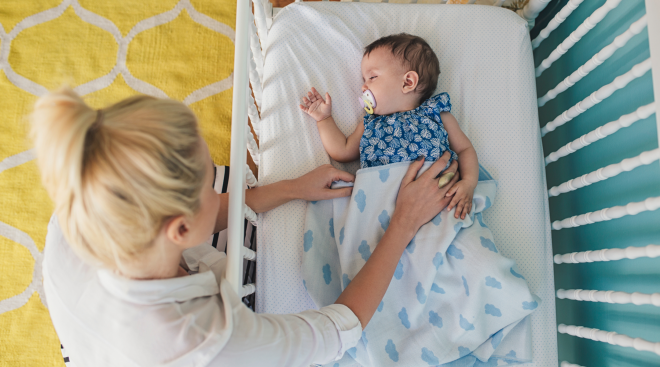 A new bill passed in the House of Representatives earlier this month aims to outlaw inclined sleepers and crib bumpers for infants. The Safe Sleep for Babies Act of 2019 (H.R. 3172) was introduced in House back in June and passed with bipartisan support on December 16.

Inclined sleepers have long been marked as unsafe for infants. The Consumer Product Safety Comission (CPSC) issued a warning a few weeks ago advising parents against their use, and it has previously recalled inclined sleep products— including the Fisher-Price Rock ‘n Play Sleeper, which has been linked to at least 30 infant deaths in the past decade.

While some retailers, such as Amazon, have already been working to pull their sale of all infant inclined sleepers, there is still work to be done.

The American Academy of Pediatrics (AAP) has also cautioned parents against the use of inclined sleep products “or any other products for sleep that require restraining a baby.” According to the AAP, safe sleep practices include having baby sleep on their back until they’re a year old and using a firm sleep surface.

In a statement released by the AAP—in conjunction with non-profits, such as Consumer Federation of America, Kids In Danger, Public Citizen and U.S. PIRG—it commended the House for passing the act.

“Pediatricians have long recommended against the use of crib bumpers and inclined sleepers, because they contradict AAP’s own evidence-based safe sleep recommendations,” Kyle Yasuda, MD, FAAP, president of the AAP, said in the statement. “Having these dangerous and unnecessary products on store shelves confuses parents and contributes to sleep-related infant deaths. AAP applauds the House for passing this legislation, and urges the Senate to take it up without delay.”

The bill has moved to Senate to be voted on.

If you’re looking for some ways to make sure you’re following safe infant sleep practices, check out our top 10 tips.