He kept his eyes on the prize.
ByStephanie Grassullo
Associate Editor
PublishedFeb 2019 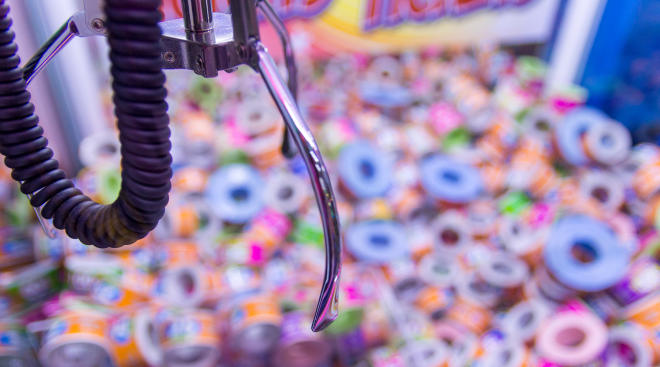 When Kelsey and Adam Ingersoll were grabbing a bite to eat with their family, they turned their heads for a second and next thing they knew, their son was staring at them from the inside of the arcade’s claw machine.

When their daughter initially relayed the news of her brother’s current situation, Kelsey thought the young girl was overreacting.

"We thought it was maybe like a basketball, one of those basketball games. We didn’t think you could actually climb into a crane game. It was never a worry of ours,” Ingersoll tells FOX 10.

But, low and behold, when she found her son, he was in fact stuck inside the arcade game.

Panic-stricken, the couple frantically tried to get the 2-year-old out. As luck would have it, the restaurant’s owner couldn’t find the key to the machine.

After many failed attempts at a rescue mission, first responders were called to the scene. The crew took apart the game and were able to free the boy in 20 minutes, FOX 10 reports.

Once her little one was safe and sound, Kelsey was able to look back at the situation and laugh.

“Only my child…He is okay now and going to bed,” she shares on Facebook.

It’s definitely one for the books.