Coming up with great spots for the elf every night is harder than it may seem—and you’ve got these fails to prove it.

It’s the most wonderful time of the year. Unless, of course, you’re racking your brain each day to come up with increasingly clever ways to hide a certain red elf. That’s right, it’s Elf on the Shelf time, everyone’s “favorite” holiday tradition. With social media feeds boasting the most amazing elf displays you could imagine, the pressure is on to create the same magic for your kids. But let’s be honest, it’s a tall order—and there are plenty of Elf on the Shelf mishaps to prove it.

Here, we’ve rounded up a hilarious collection of our favorite Elf on the Shelf fails. If you’re beating yourself up for not pulling off an amazing hiding place night after night, a quick glance at these is sure to lift your spirits. Or at least let you know you’re not alone. Because the elf struggle is real. 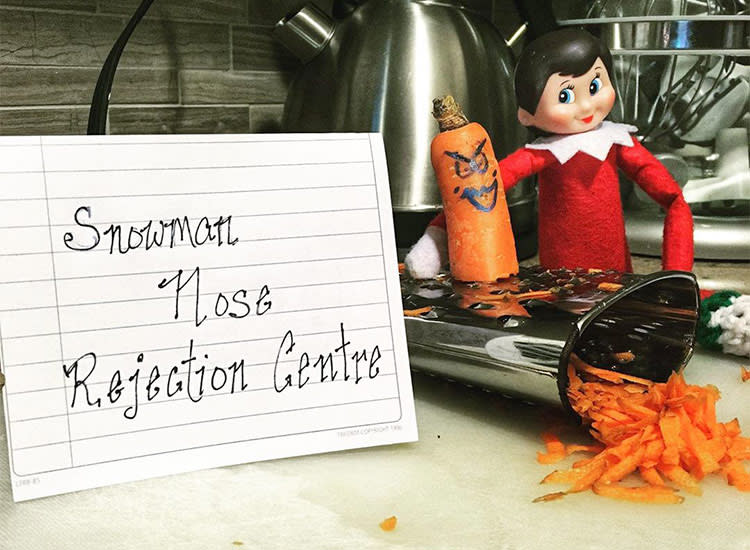 As much as we complain about the Elf on the Shelf, it’s a chance to really let loose and unleash your inner creativity. But Instagram user @marshiehope may have taken things just a bit too far with this macabre display. “Did not go over well. Would not recommend,” she hilariously advises. 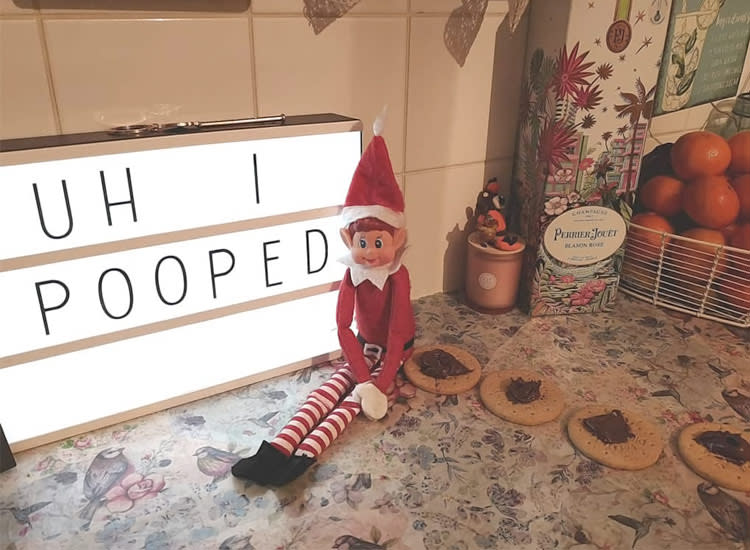 Oops, I Had an Accident

Hey, potty training is hard! Instagram user @maire_zoo doesn’t leave anything to the imagination in this funny Elf on the Shelf fail. We’re just wondering if the kids will actually eat those cookies! 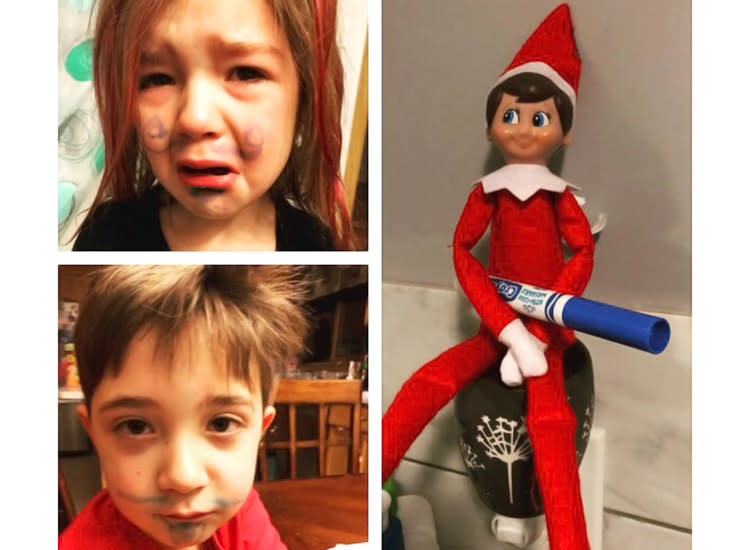 Putting the ‘Magic’ in Magic Marker

This Elf on the Shelf fail from Instagram user @sgomuwka is one of the funniest things we’ve seen in a while. Here, the family elf takes the blame for getting a little devious with a magic marker while the kids were sleeping. Wondering how it went over? “Both [the kids] had tears and told the elf they didn’t like her anymore.” Oops! 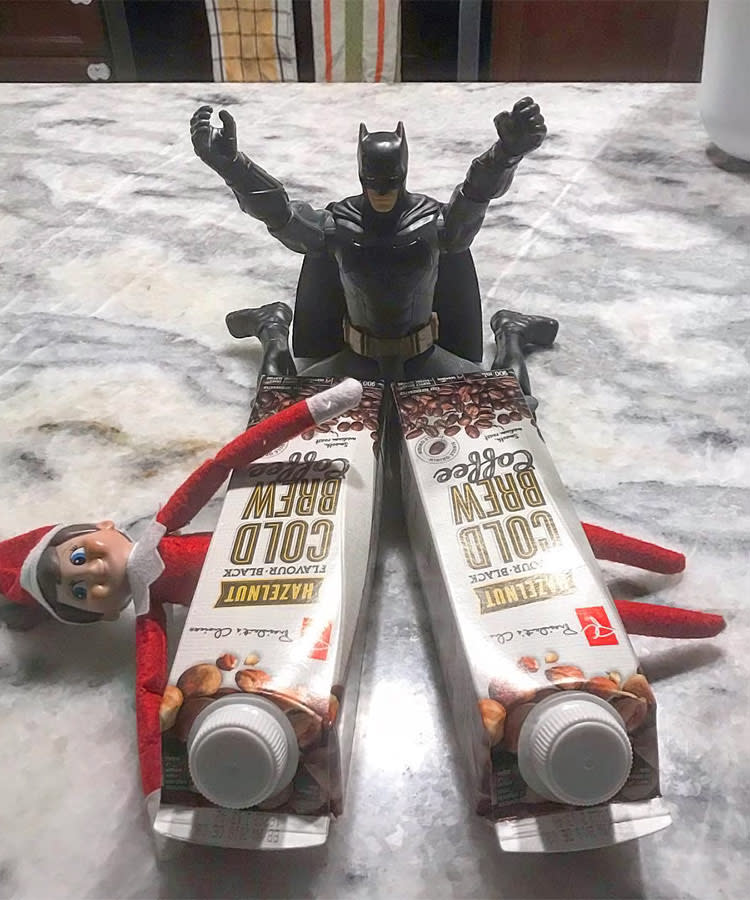 The holiday season requires a little bit of magic and a lot of ingenuity. And that’s exactly what Instagram user @bkarschti did when the family’s elf suffered a tragic accidental amputation just two days before Christmas. Batman to the rescue! Now she just needs to figure out what to do with the elf for the next two nights! 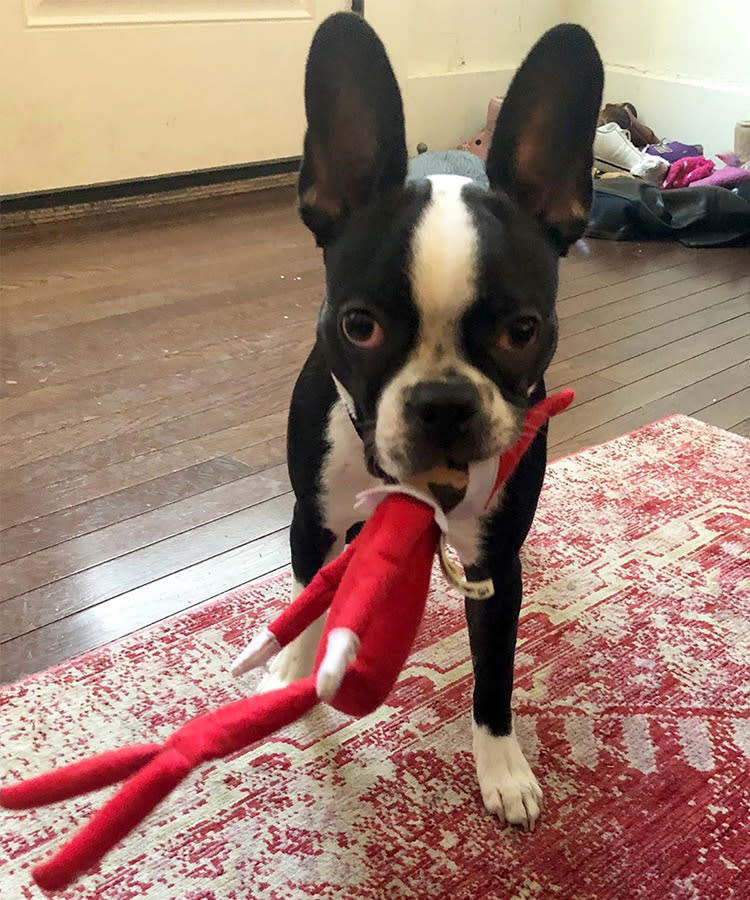 The Elf has Gone to the Dogs

Uh-oh. Looks like [@the_sloaneharlowburkett]https://www.instagram.com/p/B5s42wmhees/)’s family dog found this elf before the kids did. We’re guessing this pesky pup just wanted to get in on the holiday tradition too! 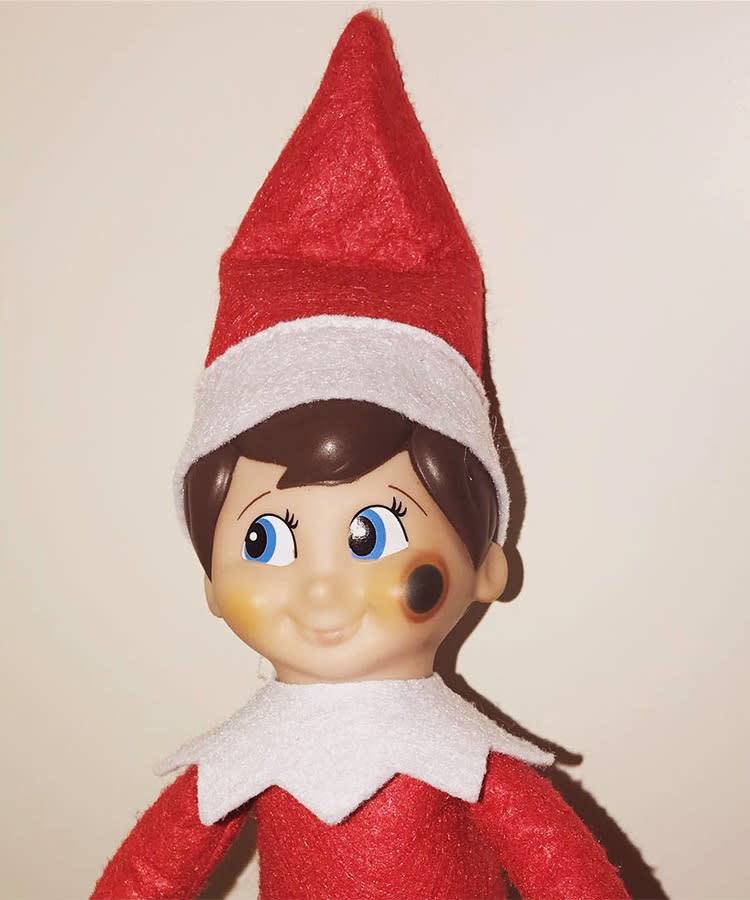 When it comes to Elf on the Shelf fails, there are hundreds of burnt elves out there who’ve clearly spent too much time near a lightbulb. But @kellyjyust was quick to think on her feet: That minor singe mark is really just frostbite! (Sure it is.) 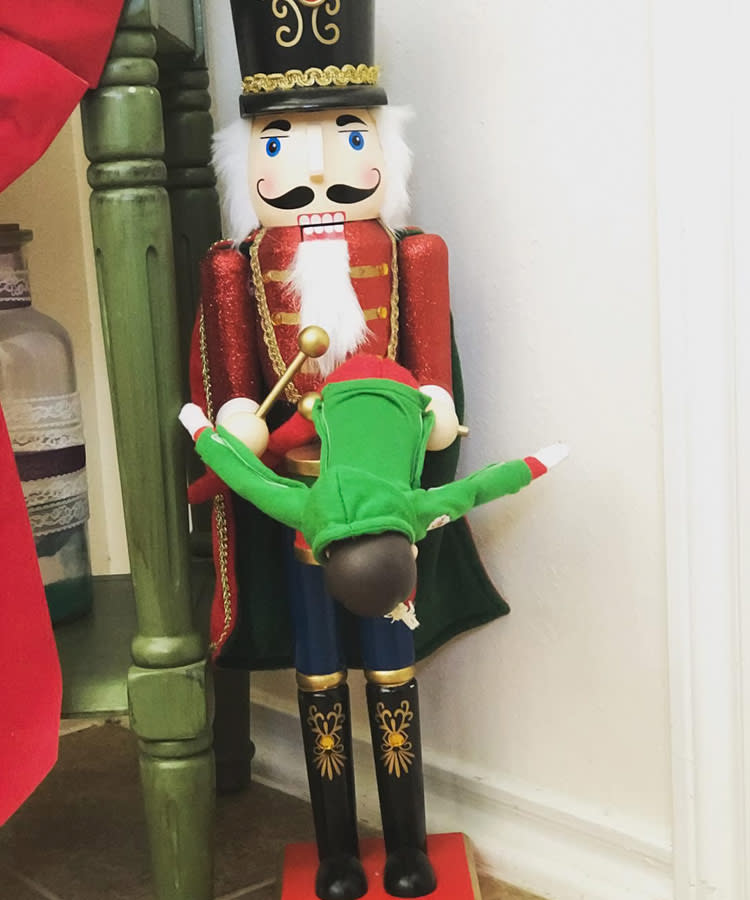 “That’s not where I left him!” Instagram user @meowrrranda captioned this hilarious Elf on the Shelf fail. Her son reportedly asked what, exactly, the elf was doing. We’re wondering what creative answer Mom came up with! 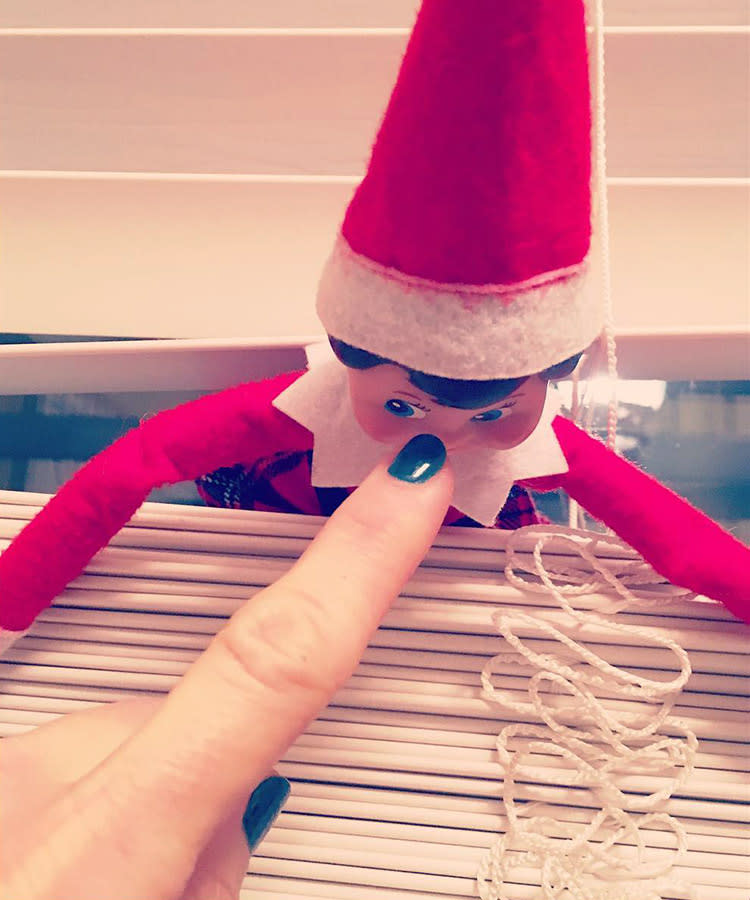 There’s an Elf on the Shelf rule that’s unbreakable: You you can’t touch the elf. No exceptions. If you do, the kids will freak out—as Instagram user @evaprez discovered for herself. “Two years ago I touched him, and my friend’s child STILL remembers,” she says. Yeah, that Elf on the Shelf fail might follow you around for a while. But ultimately, no harm done, right?

Ho Ho Oh No! The Best #SantaFails of the Season

16 Holiday Tradition Worth Bringing Back for the Kids

The Cutest Baby and Toddler Christmas Outfits to Celebrate in Style