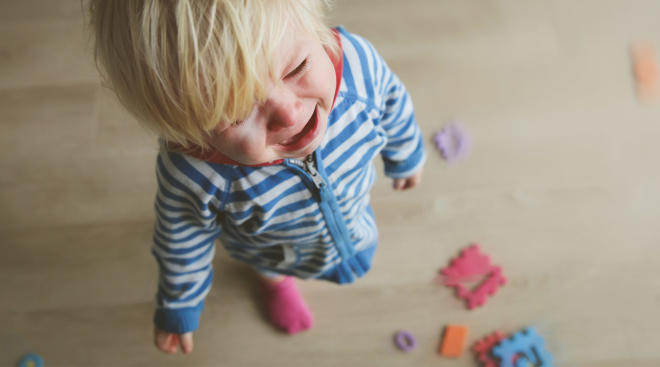 Temper tantrums are a lot like volcanoes. Once a toddler erupts, sometimes the only thing you can do is let him run his course.

We know, it’s a lot easier said than done. Nobody wants to be that parent in the grocery store with a kid on the floor throwing fists in a moment of inexplicable hysteria… But remember, we’ve all been there.

When all else fails, sometimes you just have to laugh at the situation. A viral Facebook post captioned, “Reasons why my tiny human is crying,” is one all parents of toddlers can relate to.

The pictures capture toddlers during their tantrum peak, and have struck a chord with parents, who have shared the post more than 440,000 times.

President or not, this toddler was unimpressed.

It’s called “hangry” for a reason.

Two is clearly a crowd.

You can’t help who you fall in love with…

Scours the house for more muffins

And the most important thing to remember is, trying to reason with a toddler will never work.

When it comes to tantrums, know when to pick your battles. We can try to avoid them as much as possible, but sometimes there’s no escaping the inevitable breakdown.