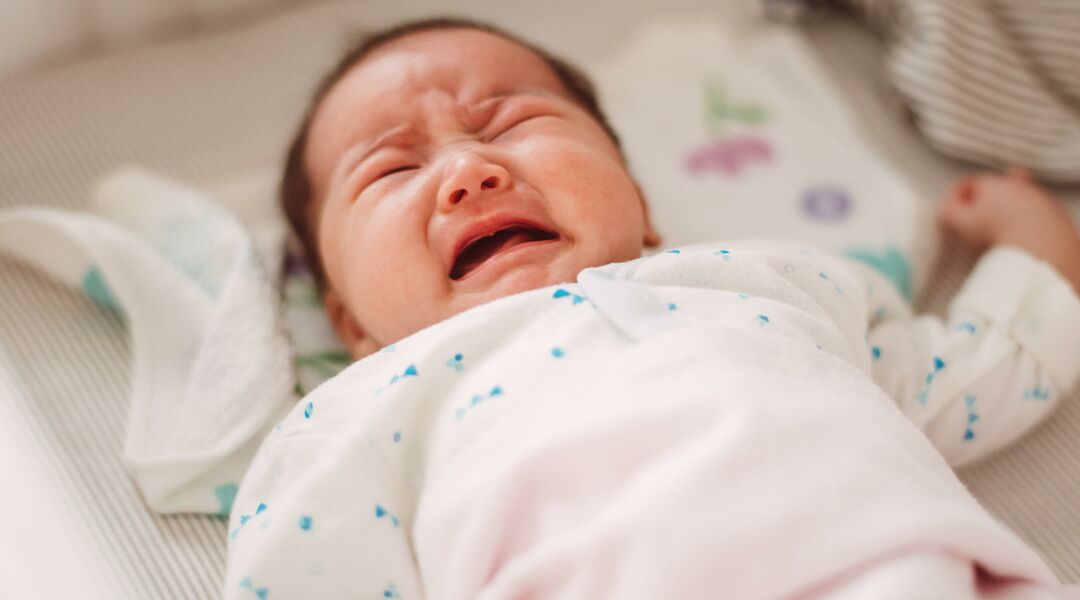 Baby’s got an upset, queasy tummy? Blame the stomach flu. Here’s what to do.

What is gastroenteritis in babies?

You probably called it “the flu” or “stomach flu” when you were a kid. But that common, uncomfortable illness marked by nausea, vomiting and diarrhea isn’t really the flu at all. “Flu” is short for “influenza” and is a respiratory illness. The “stomach flu,” on the other hand, is a viral infection of the digestive tract. Its proper name is gastroenteritis—“gastro” refers to the gastric system, and the “itis” part means inflammation and irritation—but people sometimes also call it a “stomach bug.”

What are the symptoms of gastroenteritis in babies?

Nausea, vomiting and diarrhea are the classic signs of a stomach bug. Your child will probably have a decreased appetite, which is good because when the stomach is that upset, whatever goes in almost inevitably comes out. Kids who have a stomach bug may also have a low-grade fever, abdominal pain and muscle aches.

Are there any tests for gastroenteritis in babies?

Most of the time, the “stomach flu” is diagnosed based on baby’s symptoms. (Is he throwing up frequently? Having lots of loose, runny stools? He or she probably has a stomach bug—especially if symptoms subside in a day or so.)

If your child’s symptoms aren’t improving and you take him or her to the doctor, he or she may collect a stool sample, which can be sent to a lab to determine the cause of infection. A stool sample can be helpful in ruling out a bacterial or parasitic infection (which could cause similar symptoms).

How common is gastroenteritis in babies?

Really common! Some of the most common stomach bugs—viruses that attack the digestive system—are more common in babies and toddlers than in older kids and adults. Rotavirus, for example, is the leading cause of vomiting and diarrhea in infants and toddlers; it’s most common in kids between the ages of 3 months and 15 months. (Rotavirus infections have been decreasing, though, since the introduction of the rotavirus vaccine in 2006.) Adenoviruses and astroviruses are two other stomach bugs that frequently infect infants and toddlers.

How did baby get gastroenteritis?

Stomach bugs are contagious. The viruses that cause stomach upset are present in the stool and vomit of infected people. That’s probably why stomach infections spread so easily among little kids. Diapers can leak, and it’s hard sometimes to clean things up thoroughly before another child comes into contact with the area. Many stomach bugs can survive for hours on surfaces.

Stomach bugs can become airborne when a child with one vomits, so if your child is present when another child throws up, he or she could swallow airborne particles that contain the virus.

Kids can also catch a stomach bug by sharing cups and eating utensils with infected children.

What’s the best way to treat gastroenteritis in babies?

Most stomach bugs are relatively harmless, but watch out for dehydration. Kids who are vomiting and having lots of loose stools may not take in enough to equal what’s going out. Your job as parent is to encourage frequent, small sips of liquid to replace any lost fluid.

“I tell parents to follow the Rule of 20,” says Natasha Burgert, MD, FAAP, pediatrician at Pediatric Associates in Kansas City, Missouri. “When a child vomits, the stomach is very sensitive for the next 20 minutes—even a sip of water can make them vomit again. So wait 20 minutes, and then give him or her an ounce or two, and wait 20 minutes. If he or she keeps that down, go ahead and give a another ounce, and wait 20 minutes. If he or she tolerates that, you can go to two ounces. Just wait another 20 minutes before you start increasing the volume, using that Rule of 20.”

Breast milk is the best fluid replacement for nursing babies, so go ahead and breastfeed baby every 20 minutes or so. Formula-fed babies and older toddlers can drink an electrolyte solution. (Formula is okay, too, if baby can tolerate it.)

Frequent bowel movements can irritate your child’s bum, so be sure to apply a thick layer of barrier cream at each diaper change—even before you notice any sign of irritation. In fact, it’s a good idea to ramp up the barrier cream as soon as your child starts vomiting, because loose stools are usually next.

What can I do to prevent baby from getting gastroenteritis?

Good hand washing and hygiene can slow the spread of stomach bugs. Always wash your hands immediately after changing a dirty diaper and insist that all caregivers do the same. Wash your child’s hands frequently, especially after toileting and before meals.

Cleaning contaminated surfaces (such as changing tables) with a 2:1 solution of household bleach and water can also cut down on infection transmission.

What do other moms do when their babies have gastroenteritis?

“We went to the ER last night, and the doctor said [my daughter] had a stomach virus. She’s only thrown up once today, and her poop was this funky green color and seedy…ack. I hate that there’s no medicine to give her…just plenty of love. I feel so bad for her.”

“Yesterday evening around 6:30, she got really whiny and kept pointing to her stomach. About an hour before this started, I saw on Facebook that our friends that had been over the day before all had the stomach flu, so I was already paranoid. I figured she didn’t feel well, but she wasn’t running a fever and so I tried cuddling with her, and she puked all over the place. She puked again about 30 minutes later, but the second time it was much less. She never ran a fever and didn’t get sick again (knock on wood) and didn’t have any diarrhea, either. This morning she had toast, half a banana and Pedialyte, and seems to be doing just fine (she’s walking around with a blanket over her head cracking up right now).”

“For us it started with vomiting. That happened four times. By morning, it was on to diarrhea. Little dude had a temp of 100-plus! It was over within 24 hours.”

Q&A: How Can I Help Baby Ward Off Colds?

5 Common Baby Tummy Troubles and How to Help

Are There Cold Medicine Alternatives for Babies?

How to Spot and Treat Meningitis in Children

Runny or Stuffy Nose in Babies