Gender Mixups: Why Do They Happen? 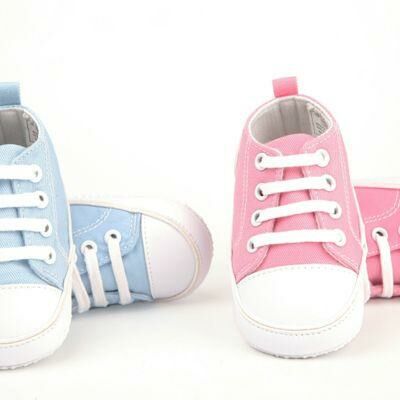 Just when you purchase 40 pink balloons for your awesome gender reveal, you get this news.

Ultrasounds aren’t 100 percent accurate when it comes to determining gender. We watched the shock and surprise of one family earlier this month when their “little girl” turned out to be a boy. And as sonographer Catherine E. Rienzo tells CNN, this mix-up is completely understandable.

“It depends on how the baby is situated in the uterus,” Riezo says. “Sometimes it’s not that easy. Size of the uterus, abdominal scars, position of the baby and other factors that can play into it. If it’s a male and the testicles haven’t descended, it can look like a female. It’s not 100 percent.”

Gender predictions from ultrasounds — most likely from your midpregnancy ultrasound at 20 weeks — tend to be wrong 1 out of 10 times. It also depends on the skills of the ultrasound technician. A more accurate screening called a non-invasive prenatal test (NIPT) uses blood samples to test cell-free placental DNA for abnormalities, and can also determine gender. While these predictions are 95 percent accurate, only women with high-risk pregnancies typically receive NIPTs.

The most accurate way to determine gender is to have an amniocentesis — an invasive procedure that comes with a small risk of miscarriage. But doctors aren’t going to administer an amnio just to tell you gender; they’d have to be testing for other abnormalities.

Maybe a surprise can be a good thing?